Home / Read / The Little-Known Herstory Of One Of...

From the time Pong staked its claim on the hearts and thumbs of tech-savvy youngsters across the country circa the late ‘70s, up to the present day, when it can take a minute to discern that the commercial for Assasin’s Creed is actually a video game and not a film, video games have been thought of — and marketed — as a boys club.

But of course, as long as there have been boys clubs, there have been infiltrators. And in 1980, a novice computer programmer by the name of Dona Bailey made her way in — surefooted as a centipede, you might say.

At the time, Bailey was working as a computer programmer at General Motors. When a male friend of hers learned that she’d recently become obsessed with the Pretenders song “Space Invader” — and rightfully so, because it’s a jam — he started telling her about the other Space Invaders, as in, the groundbreaking arcade game that was all the rage at the time. 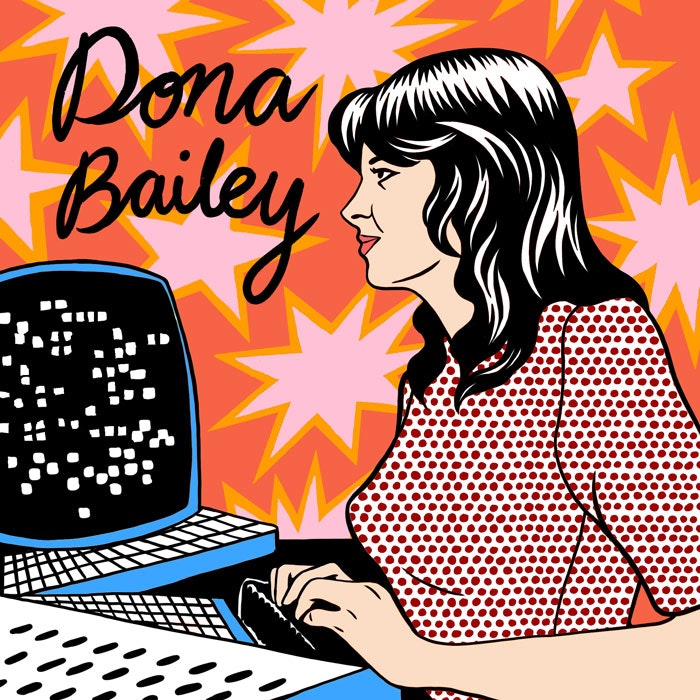 Though Bailey knew little of these new-fangled entertainment modules at the time, she went with her friend to give the arcade version a whirl. Her laser cannon was promptly destroyed by alien combatants, but within minutes of losing her first quarter, she was hooked.

Soon after, Bailey discovered something serendipitous, to say the least: The microprocessor that she was working with at GM was the very same one used by Atari, one of the biggest companies in the burgeoning video game industry at the time.

For the next two years, Bailey worked at Atari as one of the only female programmers in its arcade division. “It was a ratio of 30 to 1,” she said, in an interview with the gaming website Gamastura. “And by the time I left, it was about 120 to 1.”

Outnumbered by a long shot, Bailey, who describes herself as “introverted and kind of shy,” would go on to surpass the accomplishments of many of her more seasoned peers: She is credited as the co-creator of the beyond iconic, history-making game, Centipede.

If you’re not quite sure what Centipede is, because you’re too busy playing Zen Koi 2 to research the history of arcade games, here’s the gist: The player is represented by a creature at the bottom of the screen, whose duty it is to shoot laser beams at a centipede through a field of mushrooms and other insects. The centipede, as one might expect, is swift-limbed and has the ability to regenerate into new centipedes. Legs for days, as they say.

The game was prized for how challenging it was, and went on to become a smash success for Atari. And its popularity has endured, seeing re-releases on PCs, GameBoy, Xbox, PlayStation 2, and now on mobile devices. It’s a true nostalgic gem, in other words — so much so that it even served as inspo for a Denny’s and Atari collab.

But Bailey’s legacy, unfortunately, hasn’t been quite so celebrated. After her work on the game, vicious rumors that she really didn’t have a hand in it, or that her role had been greatly exaggerated, or that the game’s success was a fluke, began to circulate. And she wanted no part of that. The promising, ambitious young programmer got out of the game.

“The promising, ambitious young programmer got out of the game.”

Bailey went on to teach programming at the University of Arkansas in Little Rock, virtually disappearing from the video game world for the last three decades. And while she remains elusive in the media, conducting only occasional interviews spread out by years, a recent article on the gaming website Kotaku stated that while Bailey declined to be interviewed, she confirmed that her low profile is in part due to the fact that she’s working on a screenplay about her time at Atari.

One can only assume, too, that Bailey is very much across the seismic shift that’s gone on in the video game industry since her time in the biz. According to 2015 data compiled by the Pew Research Center, the percentage of women who play video games on a console, PC or handheld device is equal, and guess what? The same goes for mobile games. But despite that, 60 percent of all adults believing that video games are mostly played by men.

Stats such as these are an indication that there’s still major work to do in order to level the playing field in gaming — in terms of both programming, representation and marketing. But Bailey’s achievements have no doubt paved the way for the many, many programmers and video-game lovers that followed and will continue to follow.

In the meantime, fingers crossed that we’ll see get to see the story of this unassuming renegade on the screen someday. That’s a herstory worth repeating. In the meantime, we’ll play a round of Zen Koi 2 in her honor.