How This Cult-Favorite Embroidery Company Stays Cool By Staying Small

When you ask Kathie Sever where the name for her custom stitching company, Fort Lonesome, comes from, there isn’t some clever, design-thinking, market-fit explanation for it. In fact, it’s a little bit bleak, and that was sort of the point. Coming off some serious art-school burnout (“I’d always struggled a little bit with feeling like I wasn’t sure what the purpose of making art was.

It tended to feel sort of selfish, sometimes”), Kathie decided to do what you might call the exact opposite of art school: She became a ranch hand in Montana. She worked on irrigation systems, took care of horses, and, as she puts it “moved cows around.” 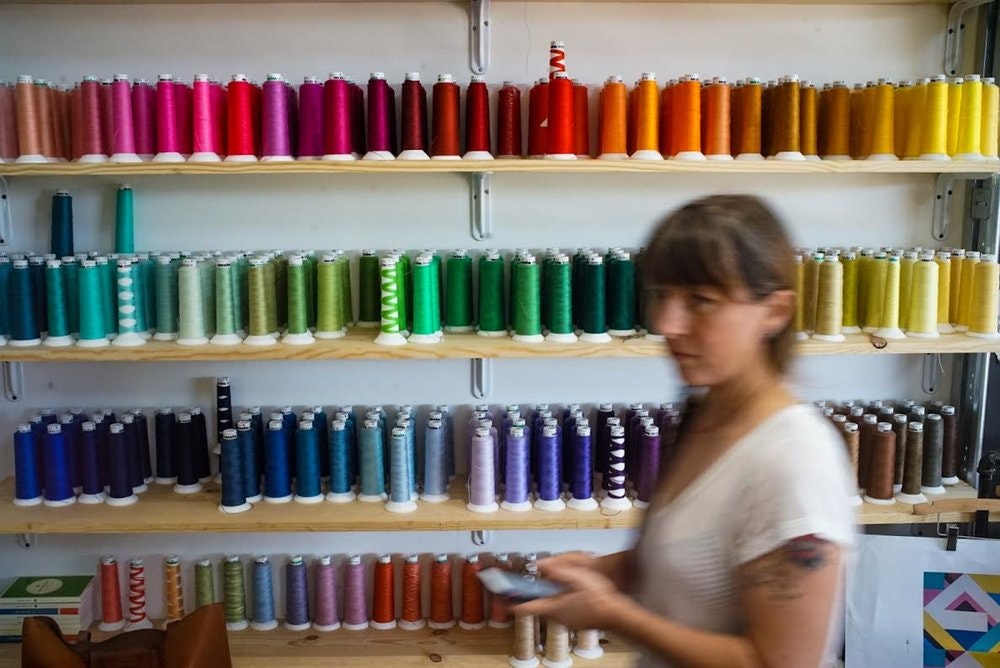 “It felt really good to immerse myself in this very physical, visceral, experience,” she recalls. “It felt very isolated, but that was a good feeling, and the word ‘lonesome’ felt like it best encapsulated that. Lonely, but not sad. Just a deep feeling of solitude and self sufficiency — what things feel like when you’re not being bombarded by stimulation all the time. The word has just kind of always been with me, ever since my time in Montana.”

But the beautiful custom embroidery on which Fort Lonesome has built its name is anything but forlorn; the playful chain stitching that appears as a sunset motif covering the entire back of a denim jacket in one design or as the cursive phrase “butch queen” on the back of a bomber is kitschy but undeniably artful; it’s a product that manages intimacy in a world that is increasingly not. 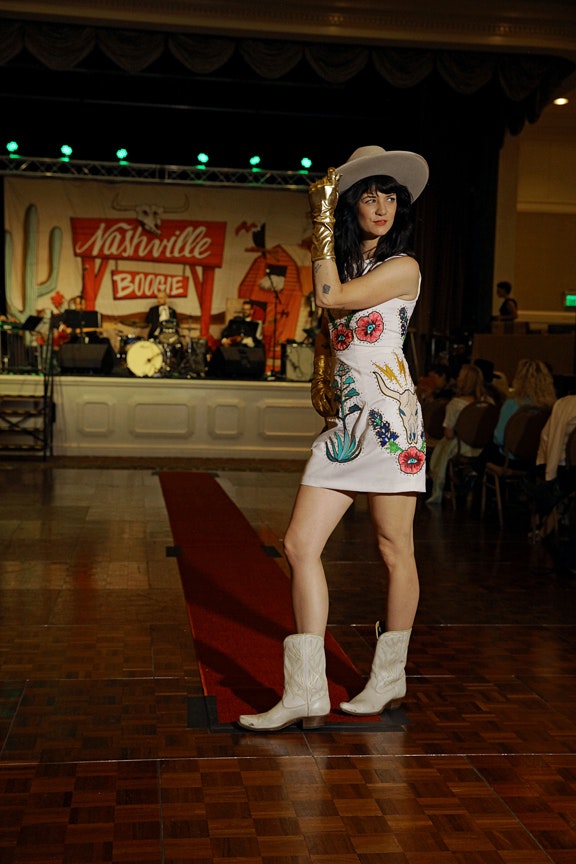 Before finding her niche in customized Western wear, however, Kathie had a few other misfires. After returning from Montana, she took up work as a pastry chef in Austin, Texas, but after having her first child, she found the hours to be impossible. The next few years were spent building a children’s clothing brand called Ramonster, named after her daughter Ramona and inspired by vintage Western wear — an aesthetic she’d been drawn to since her art school days and was solidified by IRL cowboys in Montana. But Sever was discouraged by the status-quo practices of the clothing industry; it felt wasteful, and with all of the logistical work that goes into manufacturing and managing an apparel business, she quickly became disillusioned.

It was in response to this that she began crafting custom, one-of-a-kind pieces. “That felt way more connected to my particular background, and my interest in slowing down fashion and creating something that felt more environmentally sustainable,” she says. Her desire to feel creative again eventually led her to learn how to use a chain-stitch embroidery machine, which, at the time, hardly anyone knew how to use, and thus the learning curve was a challenge; Sever had to figure out much of it on her own. But coming out the other side of it, she suddenly found that she possessed an ability to create clothes that few other people could.

As it were, this investment of her time and energy into a “slow process” meant that what started out as a side project borne of frustration eventually became a sought-after artisanal product. Fort Lonesome has been commissioned by Patagonia, Madewell, La Croix and Levis, and the shirts are a favorite of director Richard Linklater as well as Bill Murray (he was gifted a shift by Jimmy Kimmel, who caught wind of Fort Lonesome after Linklater wore one a shirt on his show). 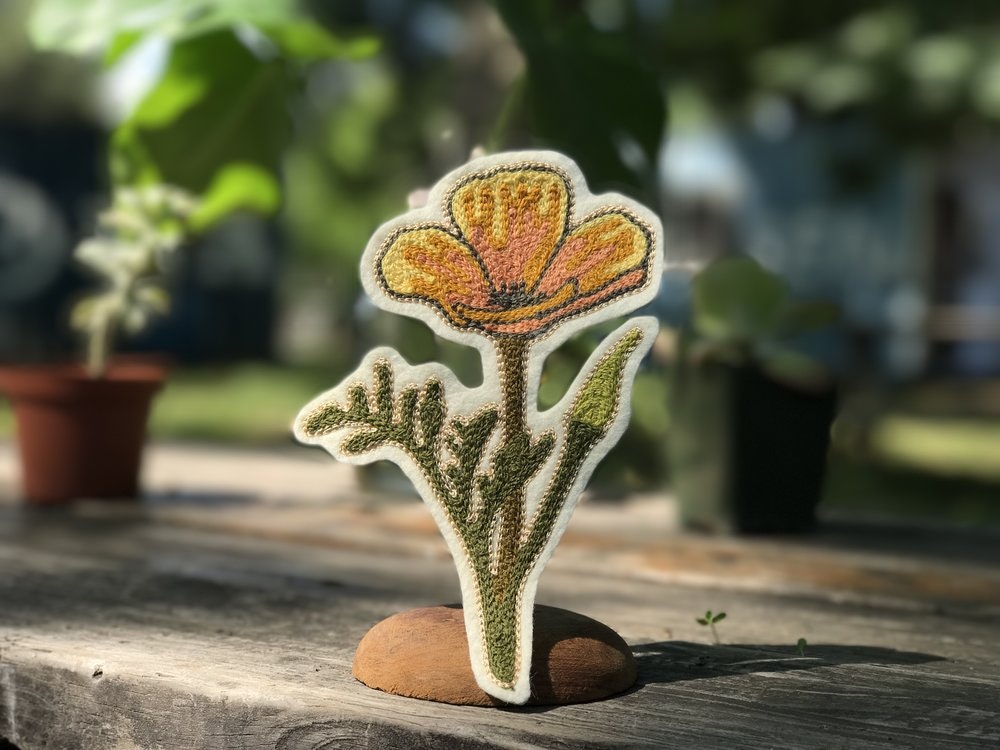 Now, Fort Lonesome is a team of six. While their star certainly seems to be rising, the brand keeps a relatively low profile, their simple website showcasing examples of their work and a portal to request a quote. They worked with Austin-based creative agency Guerilla Suit, who established the site’s tone with gorgeous photographs and set up their back end on Squarespace so that it was convenient to update as needed — an important factor to Sever, because having been through the technical growing pains of a small business once before, she’s looking to reside in creativity as much as possible: “The longer that I’m in business, the more I realize it’s two different brains: the creative brain and the business brain. It’s hard to mash all of that into one head,” she says. Still, for all the hard work and unpredictability that comes along with running a small business, Sever’s instincts are clearly something special, because it’s not everyday your company gets press like this: 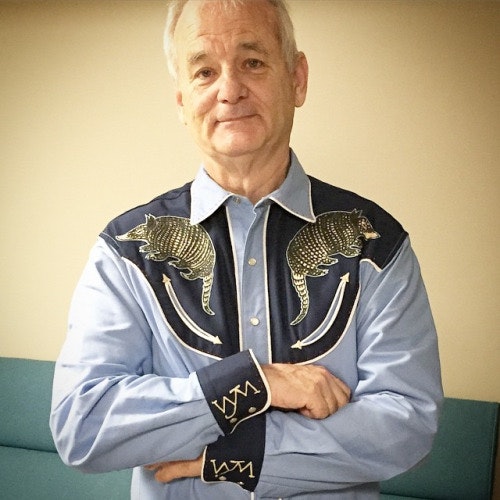 Get yourself some one-of-a-kind Western wear here, and, stake your claim on the Wild Web by taking 10% off your first purchase of an annual Squarespace plan with code GIRLBOSS17.