OK Fine, We ARE Spending A Ton Of Money On Avocado Toast

An Australian millionaire went viral for saying millennials can’t afford to be homeowners because of avocado toast. He’s still wrong, but we arespending a bonkers amount on it.

A few months back, Australian millionaire Tim Gurner figured out the problem of why this generation isn’t entering the home-buying market like generations before them: Avocados.

Literally, avocados. “When I was trying to buy my first home, I wasn’t buying smashed avocado for $19 and four coffees at $4 each,” he told 60 Minutes Australia.

OK. First of all, Tim, if youwerebuying “smashed avocado” for $19, you would’ve been doing it wrong, because you really should only let someone price gouge you to the tune of $7 or $8 for this mundane (albeit delicious) snack masquerading as a novelty.

Second, you were a little bit right about one thing: Young people really do love them some avocado toast. According to recent data culled from payment processing app Square, Americans are spending nearly $900,000 a month on the stuff.

Yeah, $900,000, as in the amount of money that also answers to the name “almost a million.”And that number is likely largely underrepresented, considering Square only services a fraction of restaurants and food trucks selling avocado toast.

The company, however, found that the average cost of avocado toast processed through their systems was $6.78. So take your hyperbole and spending-shaming elsewhere, Mr. Gurner!

The thorough backlash to the 35-year-old’s comments were in part due to the oversimplification of his argument, but also because the suburban-gym-owning mogul started out with a $12,000 profit from his first investment property that was fronted by his then-boss, plus a $34,000 loan from his grandfather.

In other words, the man could’ve afforded an avocado—several, even—and yet he abstained, which eventually allowed him to purchase his first home. That was totally the reason.

Look, we get it: He’s trying to make a point about spending money on things he deems “unnecessary.” But the guy seems wholly unaware of the significant privilege afforded to him as a white man with a full-ish head of hair, as well as the fact that his granddad had $34,000 to dispense willy nilly.

These things matter, and the seductive nature of avocados is not to blame; rather, there are sundry factors contributing to lower homeownership numbers among millennials.

Recent reports show that more than a third are currently homeowners, and while that’s down more than 10 percent from a decade ago, experts agree that there’s not a single behavior or circumstance that explains the decline: There’s crippling student loan debt, the fact that a good number of older millennials had to weather an economic depression, an increasing pattern of rejecting urban infill (a.k.a. McMansions and suburbia), and the fact that people are putting off marriage longer and longer, just to name just a few. 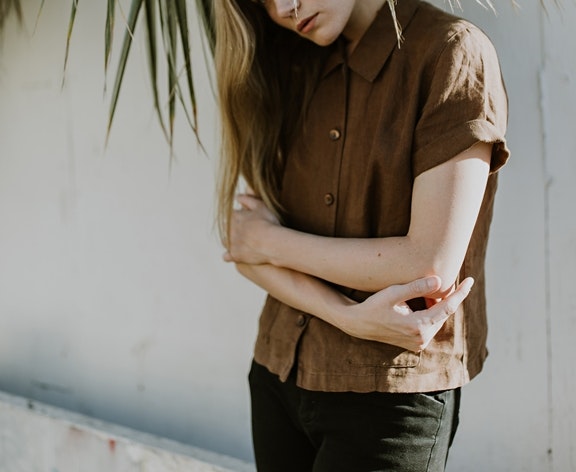 And then there’s the whole part about houses being, y’know, expensive.

Take even the briefest look at the booming housing markets in cities like San Francisco, where the median price for a home at the beginning of this year was more than a million dollars, and Los Angeles, where it’s just below $600,000, and it’s no wonder prospective young homebuyers feel that saving for a down payment is impossible.

So come on: This isn’treally about avocados. There’s a certain type of person that seems to have a thing for telling poor people why it’s their fault they’re poor.

Earlier this year, then-Republican congressman Jason Chaffetz issued a similar chastisement to lower-income Americans struggling to pay for health care: “Americans have choices, and they’ve got to make a choice. So rather than getting that new iPhone that they just love and want to go spend hundreds of dollars on that, maybe they should invest in their own health care.”

Just like spending an extra couple dollars on a super fruit (that also happens to be a super nutritious and health-efficient food, but whatever) isn’t going to ultimately be the thing that keeps you from locking down that massive down payment, your iPhone isn’t going to be the thing that suddenly enables you to afford a healthcare plan that’s thousands or even tens of thousands of dollars out of reach.

Homeownership will require a lot of financial discipline for most of us, to be sure, but this whole pull-yourselves-up-by-your-bootstraps fantasy doesn’t play well when the housing market is increasingly difficult to enter and there are a number of other significant factors at play.

Why won’t these rich dudes just let us stress eat our avocados and scroll through the We Rate Dogs Twitter feed in peace?