Home / Read / How This Novelist Landed The Perfect...

Touch, by Courtney Maum, was one of the very first books I read after moving from Minneapolis to Chicago. The timing was perfect because the satirical yet sobering assessment of our collective reliance on technology, is also a love letter to public transportation. As a new CTA card-carrying commuter, the protagonist’s obsession with the subway felt like a literary breadcrumb trail left just for me on my train rides downtown to go to work.

After finishing Touch, I flipped to Maum’s bio on the back jacket, which, after a long list of writing accomplishments—including another novel, I Am Having So Much Fun Here Without You, bylines in The New York Times, Tin House and Buzzfeed, as well as Cannes and Sundance co-writing film credits—was this little gem, “She currently works as a product namer for MAC Cosmetics from her home in Litchfield Country, Connecticut, where she lives with her husband and daughter.”

I wanted to learn more about how Maum had designed her life and achieved a hyphenated dream job, and how she maintains the balance of two full-time careers in one 24-hour day. Her advice was more satisfying than a baguette’s worth of crumbs.

Kaylen Ralph: What came first? Was it your career in trend forecasting or your career as a writer and novelist?

Courtney Maum: The trend forecasting thing came around from a skill that I never thought I would be able to use, which is that I’m fluent in French, I studied comparative literature and translation in college, instead of majoring in English. I was working as a translator at this company called Nelly Rodi, which is hugely important today. I was hired as a freelancer to translate their trend forecasting guides and eventually they started taking me to their sales conferences. I’d sell, but in order to sell them, I had to understand the material and what the trends were, and I found that I just kind of got it, and could speak about it in a way that seemed to make sense to people.

During that time when you were living in France and found yourself in this sphere of work, were you still writing creatively?

I lived in France for five years, and I didn’t write for the first three years. If you look at my bio, there’s this weird thing that stands out where I was a party planner for Corona. That was a job that enabled me to get an actual visa and it was an incredible job for a writer, because I worked when the bars were open [and] I more or less had all day to write and that’s when I started my first book, which started as a short story. The very cool thing about never having done an MFA is I had no fear. I was trying to literally live.

And that novel you ended up writing, was that your first novel, I’m Having So Much Fun Here Without You?

It was, and it wasn’t. I had a weird experience with that book where I finished it really quickly, like in seven months or something, and two weeks later I had an agent and an editor. I just had no context for the literary world. So this was just me sending unsolicited emails to people, and I was so green back then, that I was doing the asshole thing where the subject line was like, “The Book You Don’t Want to Say No To.”

But how would you know otherwise? I think there’s something really special about going into it without this more academic, ingrained approach to how you should publish a book.

It seemed like I had taken some express elevator up to my dreams, but then everything fell apart within a couple of months. My agent never had me sign a contract with this editor at Doubleday and when I was in New York, and I was supposed to go meet her she said, “I’m so sorry, this is really unprofessional, but I’ve changed my mind,” and she ended up quitting her job that same week. I was up in arms about it for a year or two, and then I had to let go.

I wrote other novels that still sit in boxes. It wasn’t until my third literary agent, I had a completely different book that I was trying to sell, and she agreed to work with me on that book, and I think the minute we signed a contract, she said, “So, this is not actually your debut novel.”

Once your book got published and was being read by people, at what point did you transition back into this other aspect of your career and end up naming for M.A.C.?

We moved from France to Brooklyn in 2005, and I was doing copywriting for Victoria’s Secret. By 2007, we decided we just could not take the hustle anymore, and we moved to the Berkshires. From 2007 to 2013, I was working as a freelance copywriter, and by that time I had made enough contacts to slowly start getting my own clients, and I had started naming with one agency out in L.A. I was really specializing in cosmetics over that period of ten years. Once it became clear enough that I had enough clients that I wasn’t going to be living out of doors or anything, that’s when I started to write again. 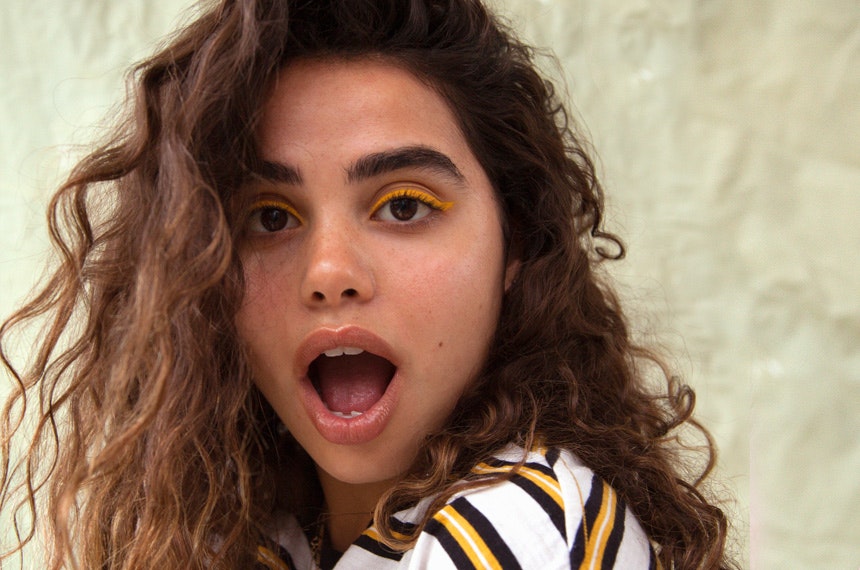 How do you organize your day? When you wake up do your start with the freelancing or your writing?

I’m draconian about it. For me, I’m a morning person. I have a toddler now, which changes things, but I really try to be at my desk at nine, earlier if I can. From nine to two, I try my hardest to do writing stuff, and then the rest of the afternoon is branding. I leave the afternoons for marketing and branding, and it’s not just because I write best in the morning, it’s also because fires occur and there will be creative briefs changed by a client last minute. By 2 p.m. the project manager has completely shifted the scope of what you’re doing.

Sometimes I’ll name at night, because I can sit with a pen or pencil and name stuff (while my daughter is playing). I really, really try not to work on the weekends ever, but that’s something new because having a child changes your energy reserves, and I find that I absolutely need to recharge on the weekends. I try to do screen-free weekends, where I’m not looking at the internet or turning on my computer. I try to give my body and eyes and brain a rest.

I think that’s smart. You need to be almost militant about protecting time to be productive.

Totally, and the thing is that you can’t come out the gate saying no to stuff, you can’t come out of the gate with demands like I’m making now. Sometimes you have to write for free. Most times you have to write for free in order to get to a paying gig. You’re going to get amazing experience no matter what you do. Victoria’s Secret was actually a really good experience for me because it taught me about deadlines.

You ever see your two halves of the day infiltrating the other sphere? Do you ever see literary elements of your morning creeping into your work in the afternoon?

I don’t copy write any more, I only name now. I’m freelance for MAC, but I work for many different agencies on all different products. MAC is among the most fun clients because they have really audacious names. For instance, I’m working on something right now that’s based in Mexico, and so certainly, when I’m naming for MAC, the vivid colors of Mexico and the wonderful tonalities of the Spanish language or the names of fruit will start to infiltrate the way I’m naming cosmetic colors, or vice versa.

So, there’s definitely overlap, and I feel very fortunate that there’s overlap. That’s the other thing I really like and would recommend to people who want to be professional writers, whether it’s journalism or freelance writing or fiction—the nice thing about being outside of academia is that you’re not in a silo, so you’re constantly being exposed to ideas and weird language. It’s fun for me to shift to an afternoon where it’s not all about literary pursuit.