Home / Read / Portrait Of A Girlboss: How Phuong... Portrait Of A Girlboss: How Phuong Dang Turned Life Goals Into Liquid Gold

Among the philosophies artist and perfumer Phuong Dang holds dear are “If you try and please everyone, you will be very boring,” and “Learn more, do more, be more and give more,” and perhaps most fundamental of all: “Push boundaries.”

Prior to the release of her exclusive fragrance line at Barney’s in September, The Collection by Phuong Dang, Phuong had no formal training in perfume. Born in Vietnam in the 1970s, Phuong grew up obsessed with fashion and makeup, taking in runway shows and beauty programming as much as she could through her friend’s cable TV: “I spent hours and hours watching fashion TV. They all got sick of me,” she says, laughing. But as she put it, fashion careers simply didn’t exist at that time in Vietnam, and so she pursued a Bachelor’s degree in economics and foreign trade at university. But at 21, when the opportunity arose to relocate to London, where she could pursue her passions—at the time, makeup and photography—she couldn’t get there fast enough.

Of course, what awaited Phuong was a highly competitive industry notorious for being an insider’s club. “[As an Asian immigrant], I was under a lot of pressure. There was lots of self doubt,” she told us. But perseverance is kind of Phuong’s thing; in the eight years that followed, she went on to work as a makeup artist in the high fashion industry and as the Creative Director for Elite Modeling Agency before enrolling in a Master’s program in fine arts at Goldsmiths University of London, where she studied painting and pursued innovative techniques in creating 3D work that blended elements of classical painting and sculpture. It was this experiment in dissolving boundaries that ignited in Phuong the belief that she could pursue the creation of scents based on her visual art; since arriving in the UK, she had dabbled in blending oils and scents as a means of comfort (“It was like my armor; they changed how I felt and strengthened my inner self,” she said), but it soon became an obsession: “I wanted to touch the human spirit in liquid form,” she told us.

From there, she made a bold first move: With no introduction, she wrote a letter to legendary French perfumer Bertrand Duchaufour, the current perfumer in residence at L’Artisan Parfumeur and olfactory master behind scents from Comme des Garçons, Givenchy and Christian Dior. To Phuong’s surprise, Duchaufour wrote back almost immediately and agreed to the collaboration:  “I could easily come into her beautiful world represented by her own paintings, by her own beautiful words describing the scents. Everything seemed so clear in her way of presenting to me what she wanted to express,” says Duchaufour, a painter himself.

Phuong chatted with Girlboss further about braving boundary-less frontiers, the crossover of different artistic disciplines, tenacity, and what her 20-hour workdays look like. Check out her perfume line exclusively at Barney’s, and keep an eye out for a large-format painting making its debut in the British Airways terminal at JFK in the Spring of 2017. 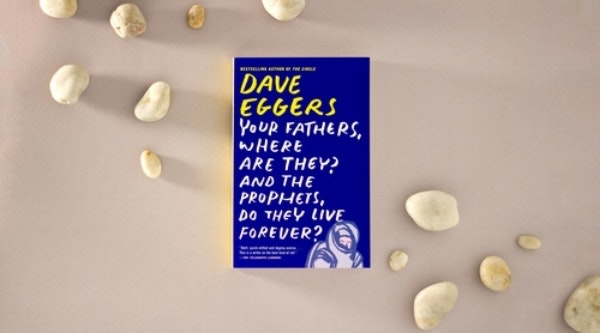 It’s so cool that once you decided you wanted to create perfumes, you just went after this big shot, Bertrand Duchaufour. And it worked. Can you tell me more about that?

After a long search, I knew he was my number one choice to collaborate with. I did not know him personally, so I wrote him a blind letter, a very long blind letter, and explained to him my wish and showed him my artwork. He wrote back to me quite quickly, actually, and he said to me, “This is the project I’ve been waiting for.” That was it. So I went to Paris and we worked together in his lab, which he doesn’t share with anybody else. We started out with my sketches that play on the human spirit, which is what I wanted to capture, and also the words I used in describing the scents. [I had in mind] the concept of my old artwork, the way I think, how I push boundaries—the originality of the designs into the composition of the scent itself.

So, very multi-sensory. On that note, unless you work in the perfume industry, I think most people tend to think of it in terms of “that smells good” or “that stinks.” But our sense of smell is closely tied to memory, and you speak to that a little bit, about how scent can provoke a strong reaction emotionally or mentally. What does scent and everything it’s able to invoke represent to you?

The first scent that I made is called “A Calling,” which, to me, is the spirit of London. It’s a scent that reminds me of why I went to London to follow my dream, to be fearless and really just follow my dream and be true to myself. It gives me my strength back.

Whatever kind of art platform [I’m approaching], I try to create things that touch other people emotionally, intellectually, and aesthetically—those three things. It is all under the same umbrella of art. [With the perfume], I just applied the same way of thinking, same way of pushing boundaries. Same way of thinking deeper. I want to touch the human spirit in liquid form. To see the feedback, what my creation does to people emotionally, is the whole reason why I create and I work.

It’s very personal. You can see yourself through the perfume and the perfume becomes you. It’s designed to becomeyou, not someone else.

You’re all about playing with boundaries. But how do you set boundaries for your day-to-day to make sure you stay sane?! You’ve got so much going on!

[Lately] I’ve been working almost 20 hours per day, and with the time difference between New York and Paris and Singapore, I find myself [missing out on] sleep because of that. I do everything, from the design of the bottle to the packaging, the website, the video on the website, the music, the visuals, the copy to describe my scents. I’m very hands-on, and I think that makes everything feel coherent. The amount of work is tremendous, but I am very passionate about it. To see it come to life is amazing.

I just wish that I had more time to sleep [laughs]. I also try to exercise a lot. That’s the way I find stillness in motion. Even when I run, that’s when I relax my mind and refocus.

Any advice to pass on to aspiring artists and entrepreneurs?

I think the most important thing is to really believe in yourself. I believe that nothing is impossible. I can see it in my own story. People will say, “Oh, you may not be able to do that,” but you have to show them you can. Put in the hard work and with the right intentions, you learn. You learn more. You do more. You have to put in the work and than you will be more.