It’s that time again, wonder women: Six months after our last announcement and precisely 800 applications later, we’re goosebumps-everywhere excited to announce the latest recipient of the Girlboss Foundation grant: Jen Siomacco, the Creative Director and co-owner of Catalyst Wedding Co. Catalyst caught our eye right away with their gorgeous print magazine, and upon closer examination, it quickly became clear that this wasn’t your average pink-and-sparkly-everything rag: Catalyst is dedicated to representing diverse couples that in any way fall outside the heterosexual cisgender status quo, coming up against an industry steeped in hundreds of years of patriarchal tradition.

Ahead of their fourth issue that’s due out April 15, Jen submitted an application for a grant that would enable Catalyst to expand its digital presence into a broader lifestyle platform that illuminates marginalized populations and provides discussion and a sense of community. We were duly impressed by the detail and scope of Catalyst’s proposal, and in the wake of putting out a publication that demonstrates knowledge of their market coupled with an innovative approach, we can’t wait to see what Catalyst does with their expansion potential. We chatted with Jen further about Catalyst’s origins and the important steps forward that the grant will enable her and her team to make:

photo by Carly Romeo and Co. 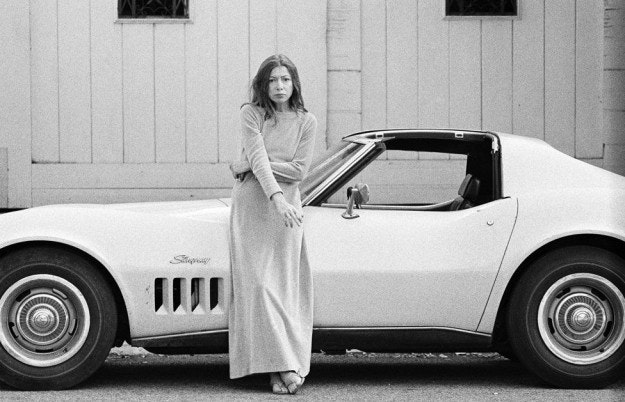 Can you tell us a little bit about the origin story of Catalyst? How did you end up coming on board to work with co-founders Liz Susong and Carly Romeo?

Catalyst originally came about in the summer of 2014. Carly was working as a wedding photographer in Richmond, Virginia, and was struggling to find her place given her feminist values and progressive politics. She came across an article on Offbeat Bride about whether or not it was possible to have a feminist wedding. The article really struck a chord with her, so she reached out to the author, who happened to be Liz!

Liz was working in Washington, D.C. as a wedding planner and was struggling with a lot of the same feelings about the wedding industry as Carly. Why was everything about the industry so stuck in patriarchal tradition? Why was every person featured in the magazines and on websites thin, straight, and white? The two of them met up for coffee and decided to work together to see what waves they could make in the industry for the better. Carly wanted to create a conference where like-minded wedding professionals could come together, and Liz wanted to create a magazine to change what mainstream wedding media looked like. These ideas combined and led to the creation of Catalyst Wedding Co.

I came on pretty early in the process. Carly and I were college roommates and also worked together on a number of projects for our organization Feminism Is For Everyone (FIFE) while we were at the University of Virginia. We even published a 100-page zine twice a year, and this was where I first remember writing about feminism and weddings. I have an architectural design degree and was working as a user experience and graphic designer, so Carly immediately came to me to ask me to create the branding for the company. She then asked me to create the layout for the magazine. I said yes, because I have a history of always saying yes when Carly asks me to do something. Initially, I was just going to do this one magazine for free for my friend, but I fell in love with it quickly, and so the decision was made to bring me on as a co-owner.

As of November 2016, I left my full-time office job to dedicate myself 100% to Catalyst. Liz and I are now collocated in Charlottesville, Virginia, and Carly is located in nearby Richmond, Virginia. Carly still does the bulk of the organizing for our conferences while continuing her wedding photography business, while Liz and I are full-time and focused on expanding our content and brand. We are also working to bring on a number of other contributors, advisors, and support staff in the coming year. 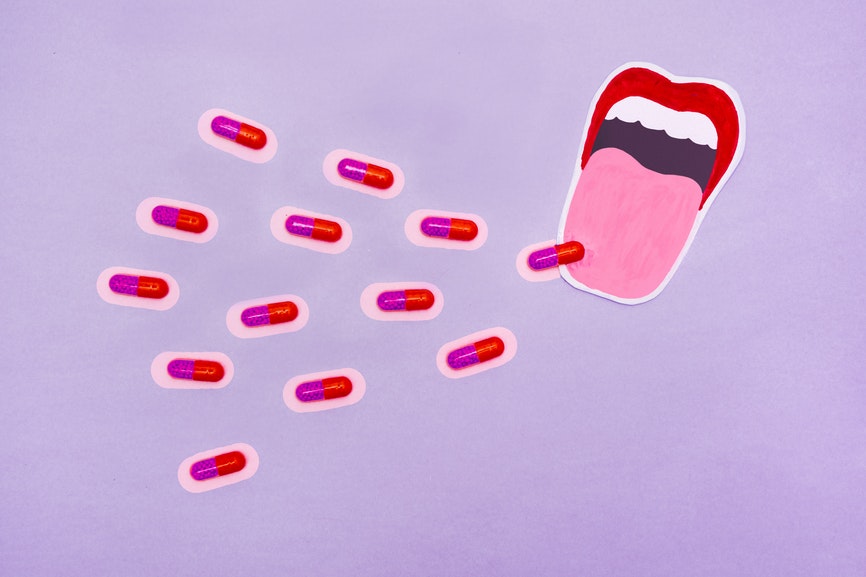 What drew you to a career in design in the first place?

It’s hard to say exactly when I first became interested in a career in design. I grew up with art as a huge part of my life. My older brother was a comic book and children’s book artist while he was still in high school, and he works now as an animator for feature films. When I was in elementary school, he was teaching me to draw and giving me lessons on design essentials and storytelling. When he began his animation career, it helped me to realize that there were so many practical applications for art and design in the world.

I went to school for architecture because I loved that intersection of practical application and design. When I graduated from school in 2008, however, architecture jobs were nowhere to be found. I found a mentor in a fellow alumna of the UVa’s architecture school, and she trained me in web user experience design and helped me move into that industry. I worked as a UX designer for seven years before deciding to dedicate myself to Catalyst. I am also a perpetual maker and DIYer, and so on weekends you can catch me selling my jewelry at local craft markets. In summary, art and design have just always been a part of my life. 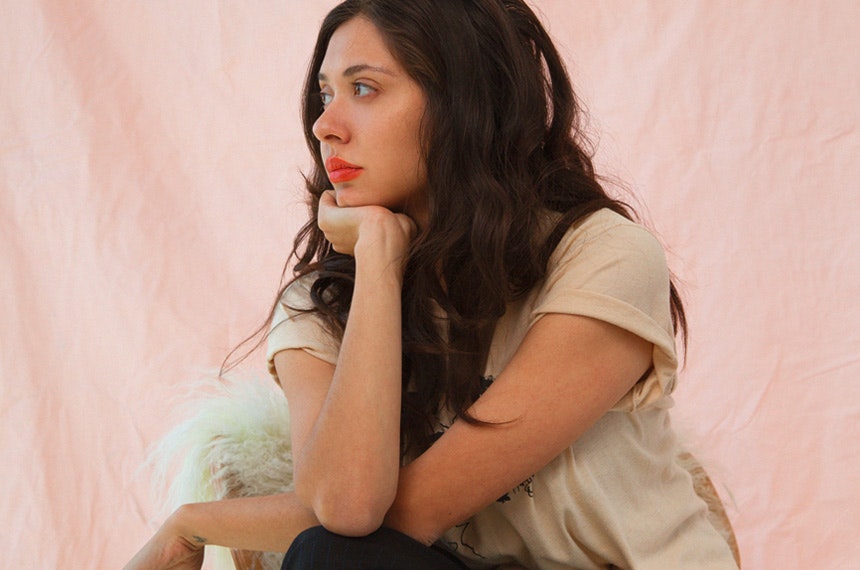 When we created the first issue of Catalyst Wedding Magazine, I think we more knew what aesthetic we didn’twant. We knew we didn’t want to mimic what we saw in other wedding magazines, which primarily included pink and blush tones, lots of frill and flowers, and more pictures of details and things to buy than pictures of people. There is nothing inherently wrong with those publications; we just knew that wasn’t for us or our audience. Many publications appeal solely to brides, and that was a critical concern for us. We didn’t want to appeal only to people who were female-identified. We have featured many male-male couples, as well as transgender and genderfluid individuals, so we wanted an aesthetic that was warm and inviting, but didn’t limit our audience to a single gender. Grooms love weddings, too! So the result was a publication without a ton of frills and a fairly minimalist design that relies heavily on the gorgeous photos from our network of amazing photographers.

We also are founded on the principle of “people over Pinterest.” Don’t get me wrong, Pinterest is a magical land where you can find literally anything your heart desires, but when it comes to weddings it has helped to create this mindset that you need to have the perfect cake topper and the perfect photo booth backdrop, and the perfect centerpiece. So many of our couples are eloping at courthouses or are having simple backyard celebrations, and we don’t think that those unions are any less important because they don’t have all the makings of a designer $100K wedding. So while we love a good geometric floral centerpiece, we know that at the end of the day what really matters is that you get to go home and spend the rest of your life snuggled up with your honey.

You guys are in stores nationally and you’ve hosted “{un}conventions”; can you tell me a little bit more about what the reception among your readers has been like?

When we launched our first magazine, we had no idea if anyone would care. We launched a Kickstarter in March 2015, and initially there was little interest. Then Jessica Valenti discovered us and posted about us. From there, things took off, and we quickly funded our project and gained a lot of attention for media outlets.

Now, two years later, we are about to launch our fourth issue of the print magazine that is carried in Barnes & Noble stores and independent bookstores across the country, are publishing content 10-20 times a week on our site, have organized four conferences around the country for wedding professionals (our fifth is scheduled for April in London! We’re going international!), and have seen our readership grow by 300% in the last year. It’s obvious to us now that this is content that people are desperate for.

Our greatest response has been from the couples we feature. So many of the couples felt that they couldn’t find a publication where they saw people like themselves represented, and honestly, that broke our hearts. When we hear people, especially queer couples, tell us how terribly they have been treated by wedding vendors, public servants, and other wedding publications, it is just unreal. Everyone needs to feel valued and represented, especially when it comes to love and marriage. Even though we know that bigotry is alive and well given our recent political campaign cycle, we want Catalyst to be a safe haven for the queer community and people of color. We want people to feel heard and represented and that they have a voice, and as operators of this company, we feel that Catalyst is more for these couples and families than it is for our own personal gain. 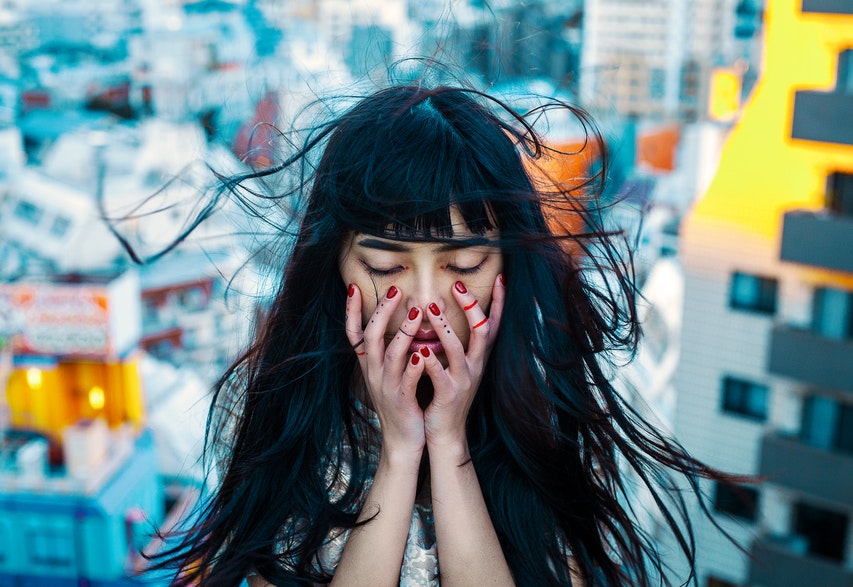 Your application focused on a digital expansion and moving Catalyst more into a lifestyle brand. How will the Girlboss Foundation grant will facilitate that?

Weddings are ripe for social commentary, and they are an industry that touches so many people in this country and involves so much wealth and excess (it’s a 58-billion-dollar industry!), so we always felt like this was the best place to start to build our business. That being said, our true mission is about representation and social justice, and while marriage equality and equal representation in wedding media are important aspects, we want to expand to discuss topics that are important to all different types of modern partnerships and families. We want to talk about genderfluidity, bisexuality, polyamory, co-parenting, divorce, adoption, sexual empowerment in and outside of marriage, legal issues around marriage, the role of politics in marriage and weddings, the works.

Girlboss is helping us truly lean into our mission by reaching more readers who need this content and better serving the needs of our community.

Girlboss Foundation grants are a bi-annual grant awarded in the amount of $15,000 to female entrepreneurs and creatives that demonstrate an innovative approach to their work. Applications are accepted year-round, and the next deadline is June 30, 2017. Check out the Foundation page here for more details.