Home / Read / Meet the Illustrator That Can See... Meet the Illustrator That Can See Straight Into Your Millennial Soul

I first came across Julie Houts’ Instagram just when I needed it most: post-election, deep in the doldrums of eating-cheese-straight-off-the-block despair. Someone had regrammed a drawing of a woman sitting at her desk, bleeding profusely from the nose, with a caption that reads “TRYING TO HOLD IT TOGETHER AT JOB LIKE ‘ABSOLUTELY’ WHILE GETTING AN ANXIETY-INDUCED NOSEBLEED EVERY TIME I CHECK THE NEWS BECAUSE AMERICA IS BEING MADE GREAT AGAIN SO QUICKLY & TERRIFYINGLY OFTEN!!!!” 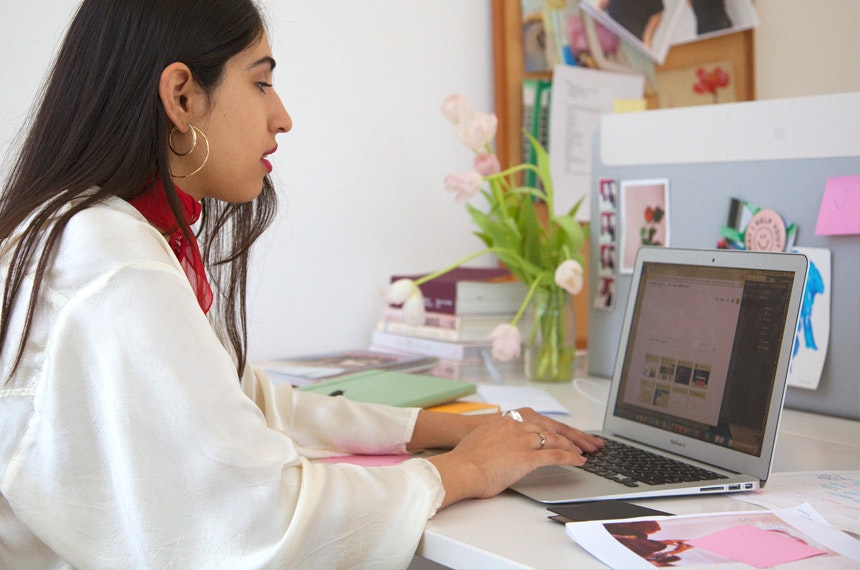 That all-caps moment of recognition was only the beginning. Take a deeper dive into @jooleeloren’s feed, and the number of gems that prod ferociously and hilariously at everyday absurdities may very well be enough to make you feel (slightly) less alone during these bonkers times. For instance:

Part of the appeal of Julie’s Instagram account is that it feels unfiltered in the best way possible; in the span of a couple days at the end of January, amidst drawings poking fun at the contradictions of millennials’ desire to “live authentically” and yet document every staged moment of it, she posted not one but two drawings trolling Steve Bannon, Darth Vader superfan and chief strategist to President Trump. “I have a very hard time making anything else right now, because everything is that,” she said. “There’s nothing going on for me that doesn’t go back through that filter in some way. Anytime I’ve started a drawing that isn’t talking about [what’s going on in the world], it just ends back up there for now. Which is … I don’t know. It’s fine. I feel better momentarily.”

Another way to put it: Catharsis is at the heart of Julie’s work. And clearly, she’s plucking our collective heartstrings while knicking our funnybones: Over the course of about a year, from the time she first started casually posting drawings, her Instagram grew from a handful of friends to nearly 150K followers: “It just grew and grew, and then after a certain point there was sort of a bunch of people regramming me. In the course of a month, I gained like 10,000 to 15,000 followers. Suddenly, it was just a completely different animal,” she recalls, and all of this to significant effect: She landed a deal with Simon & Schuster for a book due out this fall, which will be a mix of illustrations and essays penned by Julie, and she’s also working on developing a TV show. 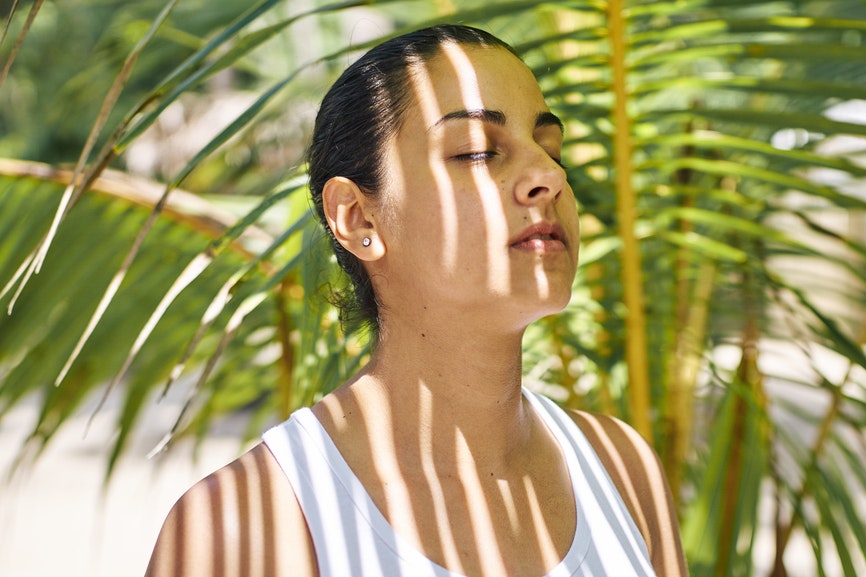 But that’s just her side hustle. For the last seven or so years, Julie has worked as a womenswear designer for J. Crew. How does she handle it all? The struggle is real, of course: “Learning how to advocate for yourself within a corporate structure has been a good thing. It’s a challenge. I’m still figuring that out, especially with the book,” she said. “You realize you have to be your own champion, and you have to nominate yourself to do things and really be proactive. Just make sure that you do the thing that you want to do every day, and don’t ever take a break. It’s easy to get caught up in other things or to get caught up in your job. Then you look around a couple years later and it’s like, ‘Oh. I’m still not doing what I want to do.’

But it’s work I want to be doing. The payoff is great, so it’s absolutely worth it when it feels like you’re creating your own opportunity.”