This Trans Woman is Fighting Bigotry One Manicure at a Time

For a long time, Charlie Craggs knew she wanted to be an activist; she knew she wanted to fight bigotry through sharing her own experiences as a trans woman living in England. But to that end, she also knew that traditional protesting wasn’t really her thing; it felt a little “aggressive,” as she puts it.

And so in 2013, as a university student studying creative direction in the fashion industry, she set out to demonstrate how the world of fashion and beauty could be a force for greater good.

The end result is what she refers to as “fabulous activism.” And it really is.

What is it, exactly? For Charlie, it’s exemplified in her non-profit organization called Nail Transphobia. “Colleges, museums and galleries book me for events where I offer the public free manicures, while giving them a chance to meet and ask questions to a trans woman,” Charlie explained. “I was transitioning at the time and was just learning how to paint nails, and I loved it, so that’s how Nail Transphobia was born.” 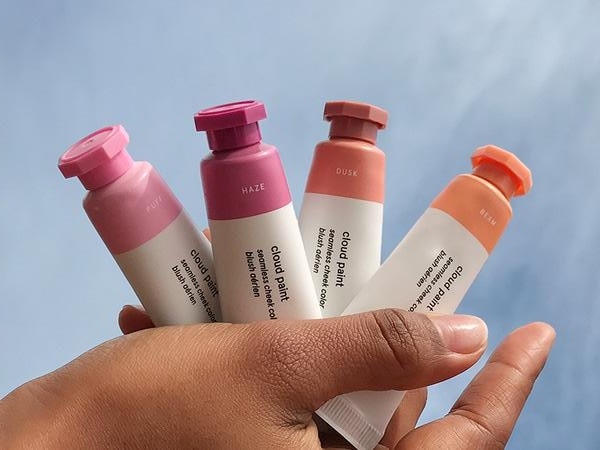 After traveling all over the UK in recent years with her pop-up nail salon, Nail Transphobia has proven to be a successful vehicle for Charlie to spread her message and make cisgender people better allies to trans people. “Getting your nails done is very much a female bonding activity, something a lot of girls do together as teenagers, and it creates such a safe space for honest one-on-one discussion,” she says. “I’m happy for people to say the ‘wrong’ thing to me, whether that’s asking about boy names or surgery. I won’t shout them down; I just say, ‘Oh baby, we don’t talk about that,’ because I’m their new trans friend and I’m there to educate them so they don’t offend or hurt anyone else.”

The 24-year-old’s passion for her work is obvious: “I leave every event on Cloud Nine. Maybe I’m high from all the nail polish fumes by the end of the day,” she says, laughing,”but it feels so good when you have someone who’s a little reserved about the whole thing sit down, and by the end of the manicure they’re like, ‘Oh my God, I love you!’ It’s the best feeling.”

As Nail Transphobia bookings continue to multiply, Charlie’s upcoming plans have likewise been a flurry of activity: “I have a book coming out in November. The title is still a work in progress, but it’s a collection of letters from trailblazing trans women, offering advice to girls at the start of their transition,” she says. “I have some really amazing women in there, including Isis King, who was the first trans woman to compete on America’s Next Top Model.

“I’m also doing a series of events called Nailing It, helping equip trans women with the skills they need to transition, including make-up, hair, self-love and knowing their rights. I just want to keep doing more for my community.”