Home / Read / How The Founder Of Cult Skincare... Even when you’re the founder of a skincare product line that’s growing at warp speed and has the internet in a frenzy, the truth is inescapable: People can be real dicks sometimes. Tiffany Masterson, founder of Drunk Elephant, explains what she’s learned about it.

Chances are, if you’re not obsessed with Drunk Elephant, it’s only because you haven’t tried it yet—that’d be a logical conclusion to draw, anyway, based off the nearly 23,000 photos of the skin care products on Instagram. Not to mention the accompanying commentary from brand evangelists (all of whom are unpaid—a rarity in the brave new world of influencer marketing) who gush over the 15-product skin care line.

Founded in 2014, Drunk Elephant has experienced meteoric success in the span of a little more than three years, growing over 600 percent in 2016 with an estimated $30 million in revenue. It was Sephora’s top-growing skincare brand that year as well, and the minimalist, bright neon tubes and packaging are no stranger to best-product lists of just about every media outlet that covers beauty.

Founder Tiffany Masterson more or less started the company from a place of frustration with her own skin issues and the lack of effective solutions.

“I was inspired by my passion for ingredients and lack of options in the marketplace for products that did not contain six ingredients that I had come to believe were at the root of every skin issue I had seen,” she says, referring to what she calls “the suspicious 6”—silicones, chemical screens, sensitizing colorants and perfumes, sodium lauryl sulfate, essential oils, and drying alcohols.

“In other words, I couldn’t find anything that really worked for me, so I made it myself,” she says. While dominant brands in the skincare game lean heavily on marketing products as “organic” and “all-natural,” Drunk Elephant is down with synthetic, chemical ingredients—so long as they’re safe and they work.

It’s a concept the brand refers to as “clean-clinical,” and by all measurements, this transparent approach to their products has struck a chord. But the lesson on transparency was one Masterson had to learn the hard way.

“People can be so mean and critical of your products and work. I don’t mind constructive criticism, because I’m far from perfect and there will be tons of mistakes. But I will forever be surprised by people who say mean-spirited things just to be hurtful,” Masterson says.

Inverse to the criticism, however, has been a hugely positive reaction to Masterson’s anti-establishment approach: “One of the biggest surprises has been that my controversial message of eliminating those six widely used, popular ingredients has been embraced and received so well,” she says. 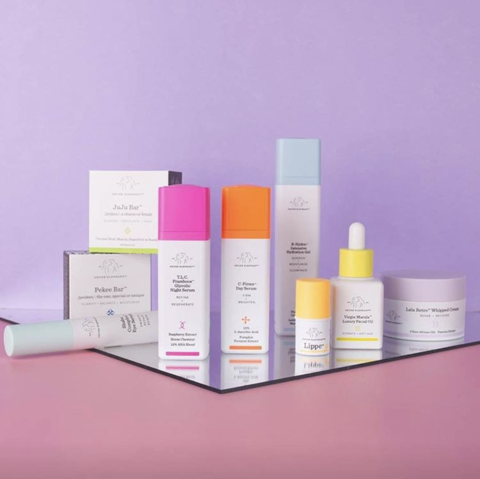 “I thought it would be much more of an uphill battle, but it’s been so fun to see and hear people’s responses and success stories related to adopting my philosophy. The industry has been incredibly kind to me, because let’s be honest: I kinda came out of left field.”

As for what the founder wishes someone would have told her at some point during the hyper speed trajectory of Drunk Elephant’s success:

“You can’t please everyone. You can’t trust everyone. And don’t ever, ever stray from your gut—which I really haven’t, except for a couple of times. But I quickly learned my lesson.”