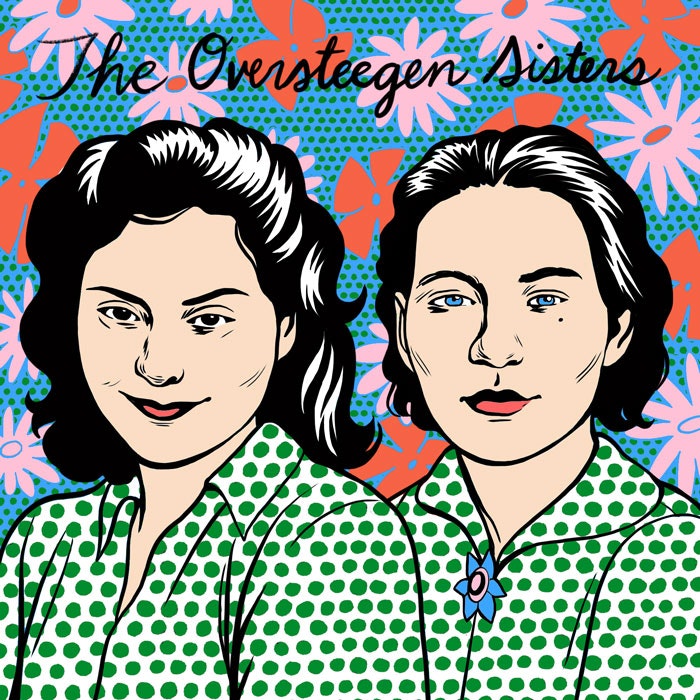 “A man wearing a hat came to the door and asked my mother if he could ask us [to join the Resistance].”

That’s Freddie Oversteegen describing how she and her sister Truus, 14 and 16 at the time, were enlisted to join Dutch resistance efforts against the Nazis, in a 2016 interview with VICE Netherlands.

If her explanation is surprisingly straightforward, chalk it up to our modern removal from the unimaginable reality of living in a Nazi-occupied country; for years prior, the Oversteegen sisters and their mother—a longtime member of the Communist party in the Netherlands—had hid those escaping persecution in their home. Even prior to that, the sisters helped their mother make dolls for children caught up in the Spanish Civil War, according to Under Fire: Women and World War II.

“[The Jewish people] were supposed to be our enemy because they were capitalists,” Freddie told VICE, “and we were communists.” But the family of women—their parents got divorced when the girls were young—was devoted to providing aid for those escaping persecution. “My mother kept us well-informed. We had political meetings at home,” Freddi said in an interview reprinted in Under Fire. “She brought in refugees from Amsterdam, from Germany, socialists, communists.”

Before officially joining the ranks of the resistance, the sisters were diligent in their efforts to distribute anti-Nazi leaflets and newspapers. “We glued warnings across German posters in the street calling men to work in Germany: ‘Don’t go to Germany! For every Dutch man working in Germany, a German man will go to the front!’ And then we’d hurry off on our bikes,” Freddi recounts in the book. They also acted as couriers for important messages

Their mother gave them the go-ahead to join the cell, which consisted of seven men. “Only later did he tell us what we’d actually have to do: sabotage bridges and railway lines. We told him we’d like to do that…and learn to shoot Nazis,” Truus recalls in Under Fire.

After receiving some basic military training, their missions eventually evolved into something more nuanced: Truus would hang out in the expensive bars frequented by Nazis, seduce them, and ask if they wanted to go for “a stroll.”

She’d then head with a Nazi toward the woods, where one of her undercover male colleagues would approach and tell them to turn back. As the couple turned their backs to head the other direction, the resistance fighters would take down the Nazi soldier.

Freddie, meanwhile, was charged with keeping lookout. She describes Truus as “the brave one,” while also digging that Truus was “an unsightly child.” (Even sisters bound by wartime heroism know just how to knock each other, as it turns out.) “As young, seemingly innocent girls, we were cut out for resistance,” Truus remarks inUnder Fire.

Eventually, a third woman by the name of Hannie Schaft joined them. Schaft would go on to become the most well-known, as the 1981 film The Girl With The Red Hairportrayed her life, resistance work, and death at the hands of a Nazi firing squad just before the end of the war. “I have always been a little jealous of her because she got so much attention after the war,” Freddie told VICE. “But then I’d just think, ‘I was in the resistance as well.’”

The Oversteegen sisters were finally recognized for their heroism by the Dutch government in 2014 with the Mobilisatie-Oorlogskruis, a military honor. Truus went on to have a notable career as a sculptor and both sisters had children. “Of course, the tragedy of the war stayed with me all my life,” Truus says in Under Fire, “but if I compare myself to others, I am a happy person. I paint and I sculpt and I am happy.”

Truus passed away in 2016 at the age of 92, just after Dutch filmmaker Thijs Zeeman made a TV documentary about the Oversteegens, the title for which translates to Two Sisters in the Resistance. Freddi still lives in the Netherlands and has a little service dog named Snowy.

And despite the harrowing war years, Freddi doesn’t appear to have lost her passion for politics, nor her capacity for digging into the nuance of resistance movements: “What should be done about the situation in Thailand?” she asked her interviewer in Under Fire, referring to the civil unrest of the late aughts. “I am not sure that it would work in practice, communism.”