Home / Read / This Is The Imaginary Female-Run Government... Activist and author Yassmin Abdel-Magied’s dream coalition of world leaders is just the inspiration we all need for making our dream of a more equitable world a reality, through the power of sisterhood.

“There are decades where nothing happens and there are weeks when decades happen.” Yassmin Abdel-Magied, quotes Vladimir Lenin as she thinks about how she would describe the state of the political and cultural moment we’re living in. “We are living through some of those weeks.”

Over the course of the last few years, Abdel-Magied, an Sudanese-born, Australian bred, and now London-based activist, mechanical engineer, TV personality and author, has become a prominent global voice advocating for the rights of Muslim women, for other marginalized voices and for greater representation and diversity across industries.

One only need watch her 2015 TED Talk, “What Does My Headscarf Mean To You?” or this mic-drop she issued to an Tasmanian senator misrepresenting Islam, to understand how much of a badass Abdel-Magied really is. But of course, there’s so much more: At 21, she published her first book, Yassmin’s Story, about the experience of being the only female engineer—and a Sudanese woman donning a hijab, at that—on an oil and gas rig in a remote region of Australia.

Just after that, she founded youth support program Youth Without Borders. As you might glean, she is a woman of remarkable tenacity, and as out-of-sorts as the passage of our days and weeks might currently feel, for all the abysmal news that incessantly floods our feeds, Abdel-Magied is convinced that forward progress is about keeping perspective.

“We live in a time of great change, great uncertainty, and great possibility,” she says. “Although we are at times pessimistic, that is in some ways a reflection of the relative length of our lives compared to history. Living for less than a century alters our perspective on growth. We don’t often appreciate that life on earth has improved substantially over the last millennium for many people around the world.” 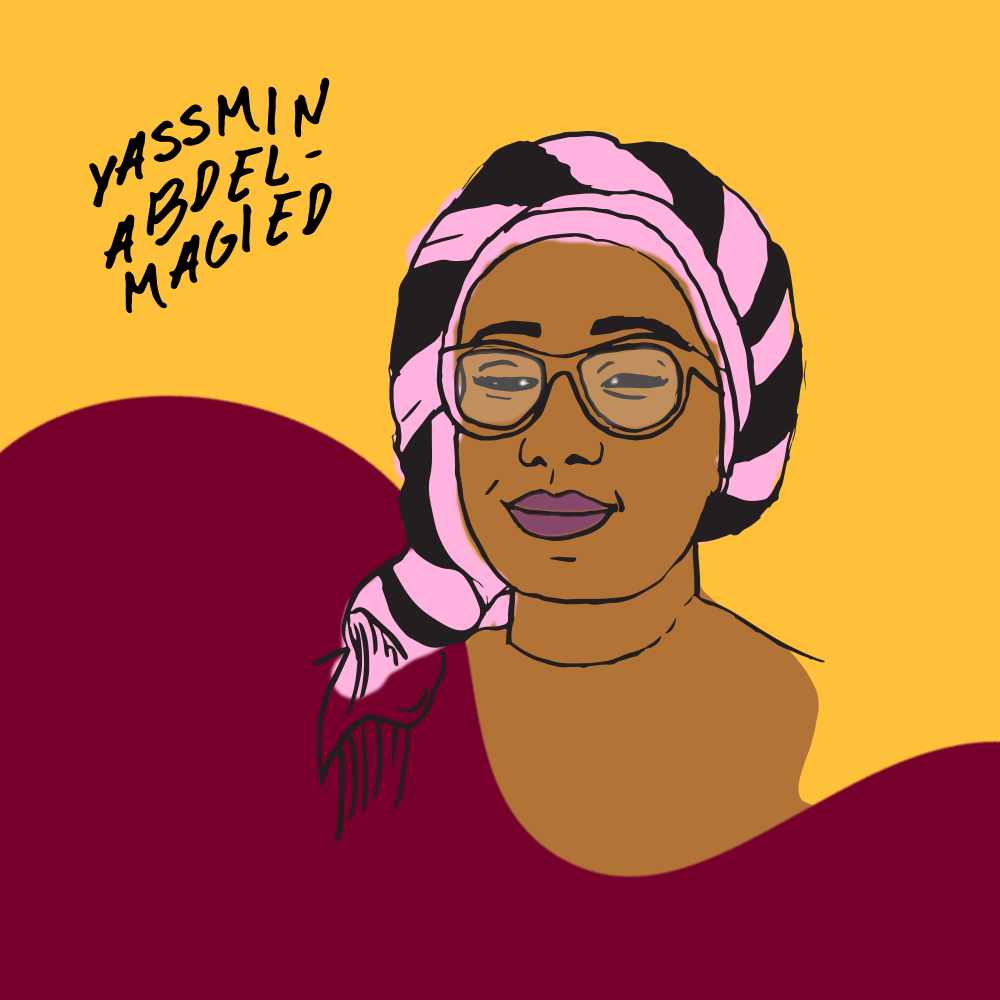 Of course, this lack of perspective is only human, and in some ways, it can work to our benefit: “Historical progress feels deeply unsatisfying [over the span of a life]. It is not enough,” she says. Thus, “we remain hungry for positive change, for a fairer society, for a more equitable world.

“That’s where we are today. Today’s moment is about challenging structural inequality in realms which have been untouchable for some time: Patriarchy, white supremacy, and to some extent, the neoliberal project, particularly as it pertains to income inequality and climate change.”

Who would Abdel-Magied charge with ushering in these structural changes, if she were to install her own “dream world order?” Girlboss asked her to imagine what the world might look like if our representatives were a more accurate reflection not only of where are are now, but where we aspire to be.

“I truly believe each generation can and does learn from the ones before it,” she says, “and I look at young people today and am continuously impressed by their tenacity, their drive for social justice, and their hope.”

Below, Abdel-Magied explains her imaginary dream cabinet, for a world we’re only just beginning to build.

I met Dr. Ronke Ikharia at a comedy show in London late last year. Following her on Instagram, and becoming good friends shortly after, has had a wonderful impact on me—and I know the same is true of many women in her life.

A black, queer doctor who is beginning her TV presenting career, Dr. Ronke is unapologetic about living her life and giving others the space and encouragement to live their lives to the fullest. She’s all about representation—on screen, in work, and in life. She’s all about young people and she’s all about showing love—for others, and for herself. A beacon of joy.

Through Everyday Feminism, I have been one of the many hundreds of thousands who have deepened their understanding of feminism, intersectionality and identity.  Sandra’s website began less than ten years ago, but has become a vital learning resource for many coming into the space, as well as providing a platform for voices we may not always hear in other places.

Lisa Fetterman is the founder and CEO of Nomiku, the first home sous vide immersion circulator. She invented this machine—and it’s the best-selling one on the market! She’s been listed inForbes “30 under 30” and a number of other awesome publications have featured her, but she’s also a wonderful supporter of other women and I am honored to call her my friend.

Susan Wu is one of the OGs of the internet, having worked with Twitter, Reddit, Canva and others. She co-founded Project Include, but that’s not all: When looking for a school for her son, she realized she couldn’t find what she wanted, so she decided to start a new school system. Luminaria is reimagining the school system, and is doing it in a creative, brilliant way—I can’t wait to see what comes out of it. 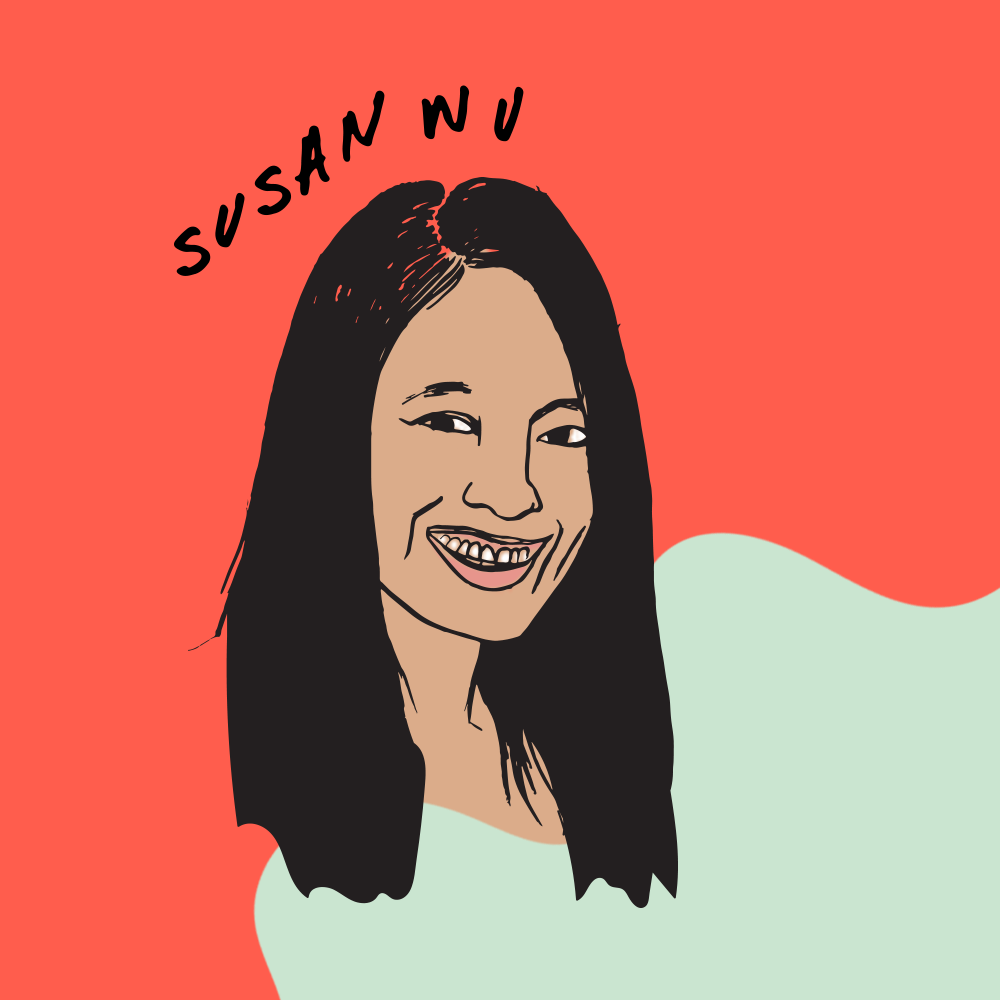 Secretary of the Sisterhood: Elaine Welteroth

Elaine Welteroth, the former editor of Teen Vogue, has taught me how to use a platform to uplift others and positively change a community. I met Elaine in Sydney, and witnessed firsthand how she was generous with her time, with her insights, with her encouragement of others.

Whether it’s through Instagram, highlighting and sharing the stories of people and fans she meets, or through her writing and editing, where she looks for women to uplift, Elaine is a powerhouse, and a true sister.

General Of The Resistance: Alicia Garza

Alicia Garza needs no introduction. The co-founder of Black Lives Matter has started a movement that has galvanized and united a people—and a world—in a way that is undeniable, unapologetic, and unstoppable.

Reni Eddo-Lodges book Why I Am No Longer Talking to White People About Race is actually an incredible book for those who wish to be allies in this space. It allows those who want to be part of the resistance to do the reading on their own, to understand the issues, and to come to the table informed.  Eddo-Lodge also does this from a non-US centric standpoint, which is useful for the global context.

When moving to London, a number of people told me to check out Galdem.What’s Galdem? A wonderful space and magazine focused on the experience of women of color in the UK, and it’s simply fantastic. Liv Little, the founding editor, is only 23, but she’s galvanized a population of young WoC and provided them a platform and a space to gather—online, on paper and in real life—that is to be treasured.

Yasmin Mogahed is an incredible Muslim female scholar and speaks a lot about love and centering the spiritual. Her focus is naturally Islam or at the very least, the experience of being Muslim, but her message resonates widely, and her generous spirit shines through her work.

I wanted to highlight a First Nations individual, and Winona LaDuke is a wonderful example of a woman who has dedicated her life to preserving the earth and sustainable development. She has run for office, is a writer, and is an executive director of Honor the Earth, an organization that played an active role in the Dakota Access Pipeline protests.

There are so many women to choose from in this space, I found it difficult to nail it down. One whose work I have benefited a lot personally from however, is Tanya Tarr, a contributor on Forbes who writes about negotiation and equal pay in a way that’s intersectional, powerful and understandable.