Home / Read / Bedtime Stories: This Is How Your... Bedtime Stories: This Is How Your New Favorite Instagram Model Gets Ready For Bed

La’Shaunae Steward is on a mission to disrupt the status quo in the modeling industry. Here’s the bedtime routine that gives her the energy and mental clarity to do it.

If you haven’t heard of La’Shaunae Steward, it’s only a matter of time. The 21-year-old model hails from Charleston, South Carolina and made headlines on the internet last year when some desperate trolls turned a photo that Steward posted of herself on Instagram into a cruel meme. 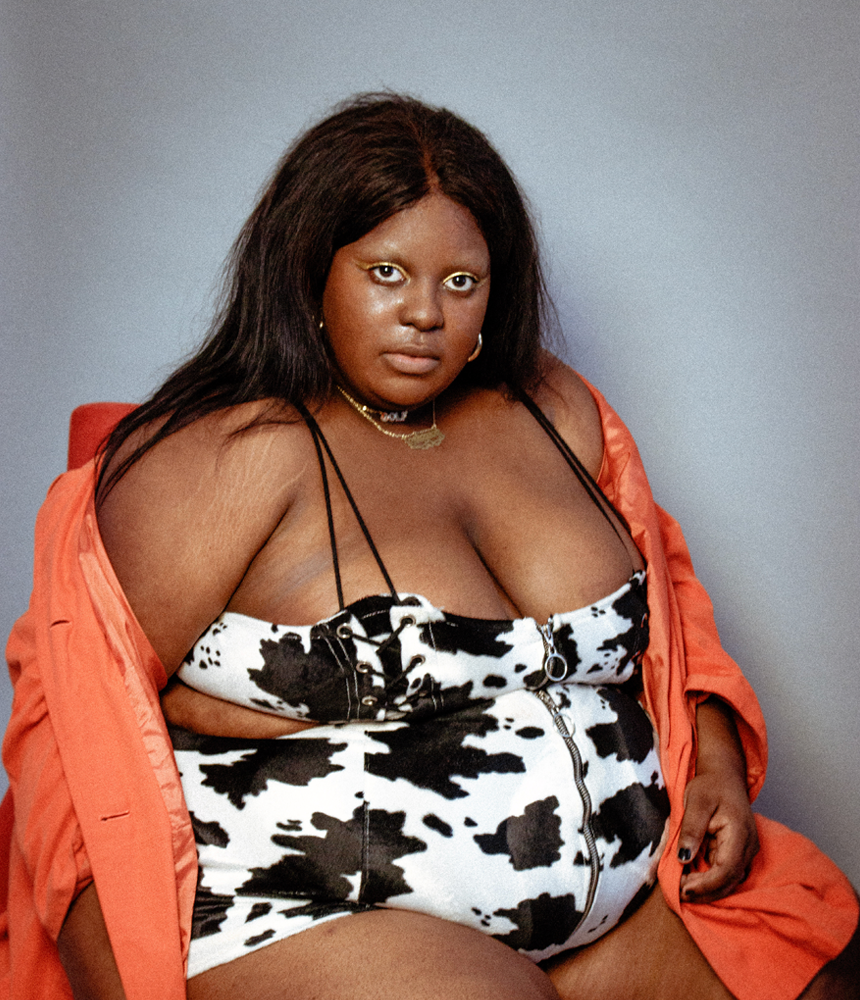 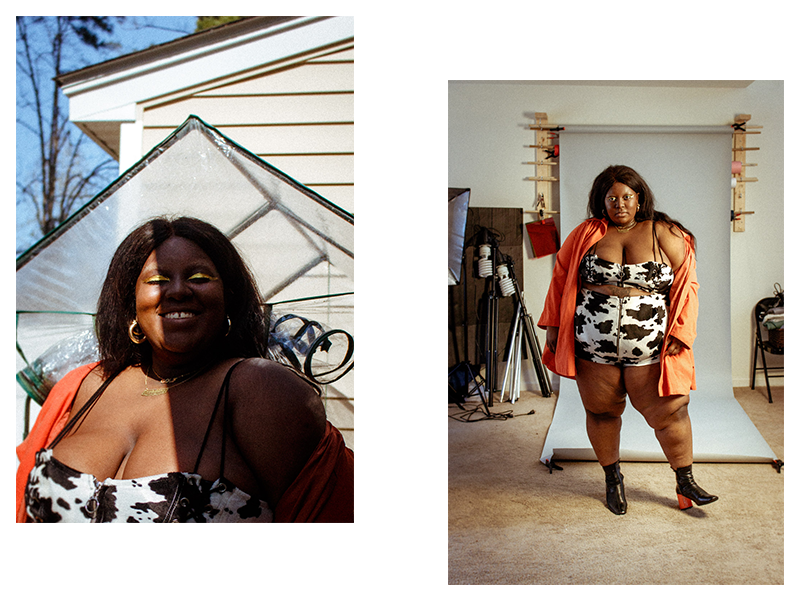 “Growing up as a fat black girl, there wasn’t anyone I really thought was a representation of how I look,” she says, “and even with the plus-size models [in the industry today], they’re all usually taller than 5’7’’ and probably a size 16 or smaller.”

Stewart has made it her mission to be an inspiring, boundary-pushing presence disrupting the status quo. “I just want to show girls that they can do it. A lot of [girls my size] want to be models, and they’re constantly told they’re too fat or they’re too short. But I’m not going to give up, because it’s something I have to do. I have to do it,” she says. 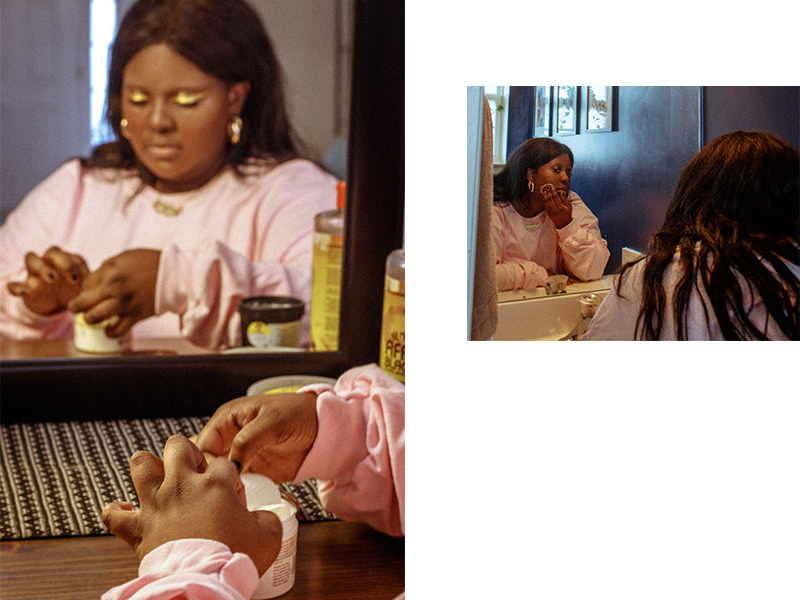 With her growing social media influence, Steward is well positioned to make herself seen, and her first big break has already arrived: In the late spring of this year, Steward will be featured in a campaign with Jefferey Campbell, promoting a collection of plus-size thigh-high boots.

“I’ve loved Jeffrey Campbell since I was in middle school,” she enthuses, “but I never could afford his shoes, so I’m really excited.” 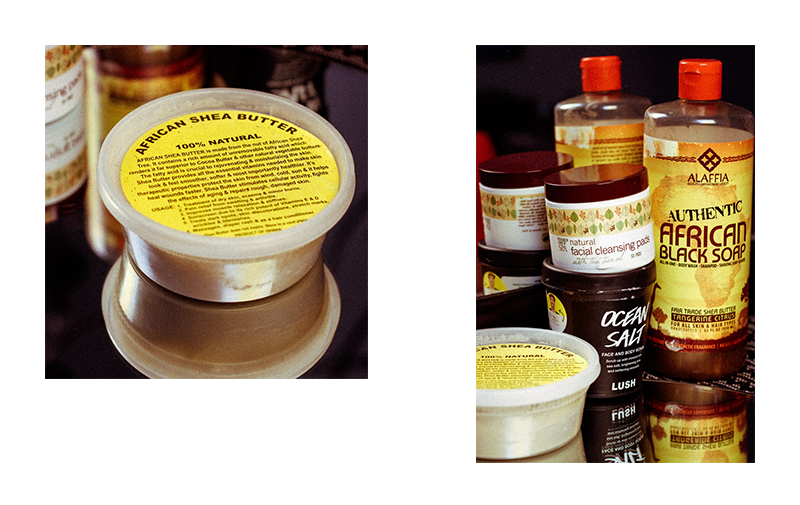 In the meantime, as she works on getting her career off the ground and securing an agent, Steward spends her days working for her mother’s janitorial service and, of course, putting together the on-point looks that have won her a devout following.

But it’s a schedule that makes for some long days; Steward generally doesn’t get home until about 8 pm. Sticking to a fairly regular bedtime routine ensures she’s able to wind down, take care of her skin, and carve out some creative headspace for her styling projects and shoots. 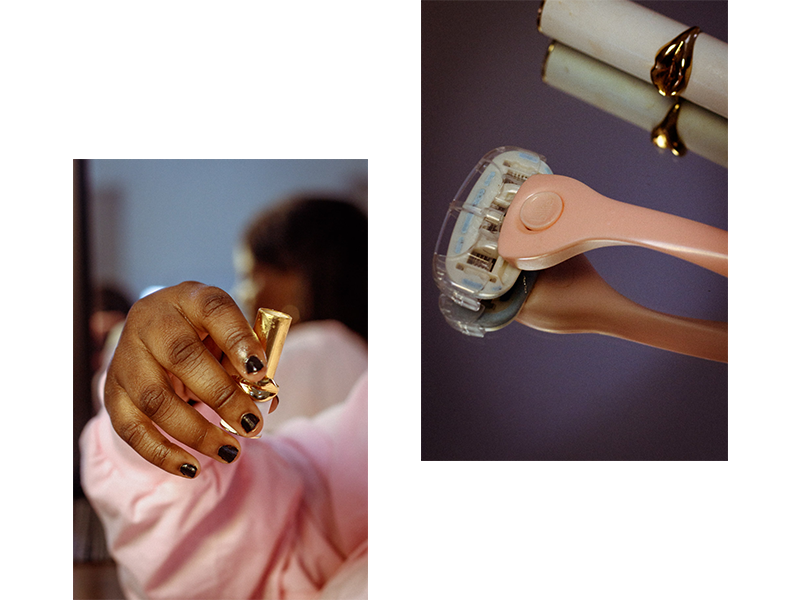 When she gets home, Steward starts off with a shower first thing. “I like using Lush’s Ocean Salt to scrub my body,” she says. “Then I shave using a Billie razor.” After she gets out, she applies Trader Joe’s Natural Facial Cleansing Pads With Tea Tree Oil, before washing her face with African black soap, applied with a Clairsonic facial cleansing brush.

“Then I dry my face and put Lily of the Desert aloe vera on my face,” she says. “I let that dry, and then I put on shea butter.”

After that, she’s ready for some serious R&R. Steward changes into her pajamas—typically, biker shorts and a long-sleeve tee—and queues up the series on her laptop for her nightly binge sesh of RuPaul’s Drag Race. “I watch it until I fall asleep, which is usually around 4 in the morning,” she says.

On her days off and during her free time, Steward scours thrift stores and eBay for killer vintage finds, which she sometimes alters herself. “I don’t like wearing what everyone is wearing. Like, you’ll see 10 other girls wearing the same exact thing,” she says. 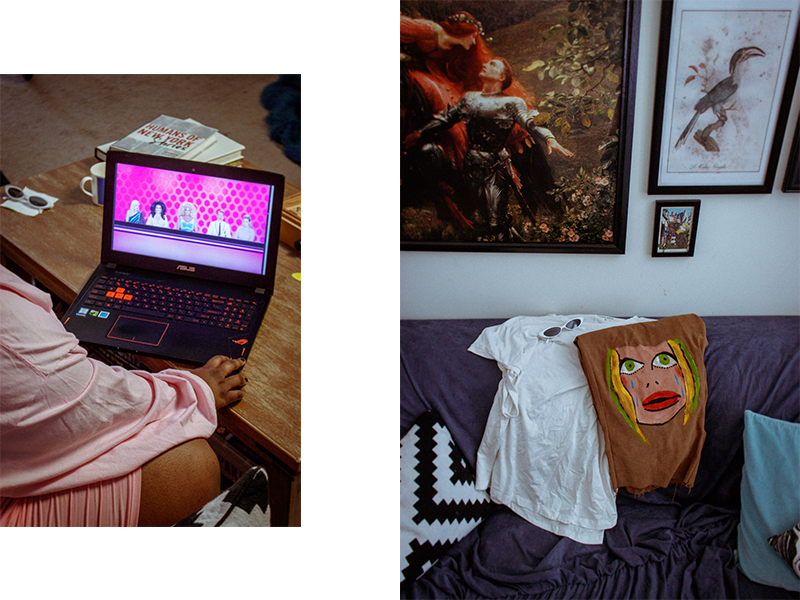 It’s this stalwart commitment to her sense of style and an increasing outspokenness when it comes to the topic of who should be allowed to wear what that speaks to Steward’s potential not only as a model, but as a role model in the never-ending battle for more diverse and authentic representation. But she admits that this newfound opportunity to reach tens of thousands of people has taken some getting used to.

“I’m not used to that kind of support,” she says, “so it’s overwhelming sometimes. But it’s a reminder that there are people who believe in me and who support me, even though agencies might not see it it.”

Given her inventive sense of style and indomitable drive, surely it’s only a matter of time before the industry catches up. 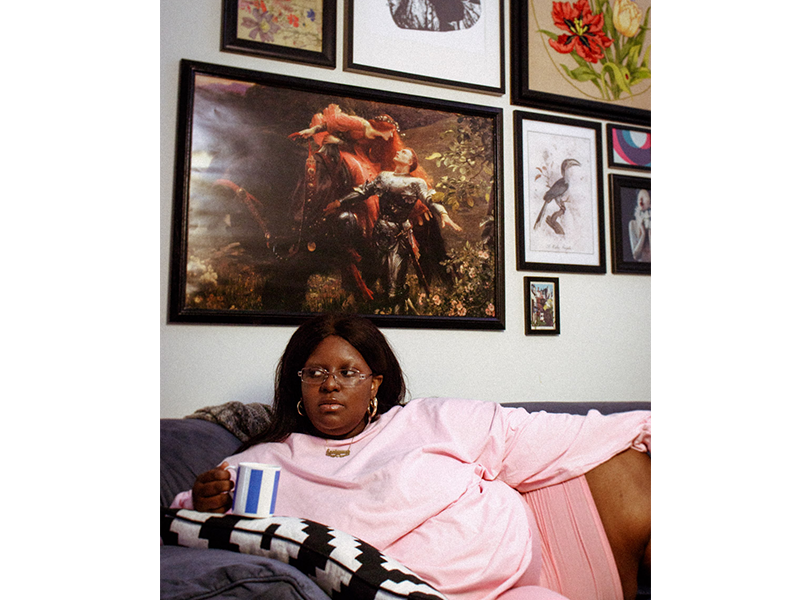