Home / Read / Is This Brand That Sells Everything... Is This Brand That Sells Everything For $3 Too Good To Be True?

Earlier this week, a new company called Brandless made its debut. It’s a beauty—as well as food, household stuff, office supplies, and health—company that sells everything for $3. Seriously.

But TBH, while the price point seems like a pretty cool schtick (at least for the consumer), the concept itself is a bit murky.

Obviously, Brandless is a brand. From their $3 Body Lotion to the $3 Organic Blue Corn Taco Shells, a minimalist, super clean aesthetic graces the packaging design, resembling a more cheerful version of the government-issued provisions that populate TV shows and movies set in alternate realities. Like Lost.

They pride themselves on “high-quality materials and healthy ingredients” that are “non-GMO, sometimes organic, fair trade, kosher, gluten free, no added sugar and more…where it matters,” according to their website.

Which brings us to our first question: How is it possible to do this with a $3 price point? While the idea of “transparency” in the marketplace has become tremendously popular with direct-to-consumer “industry disruptors” like Warby Parker, Away, Everyone, Outdoor Voices etc., their products aren’t offered at a one-size-fits-all price point. 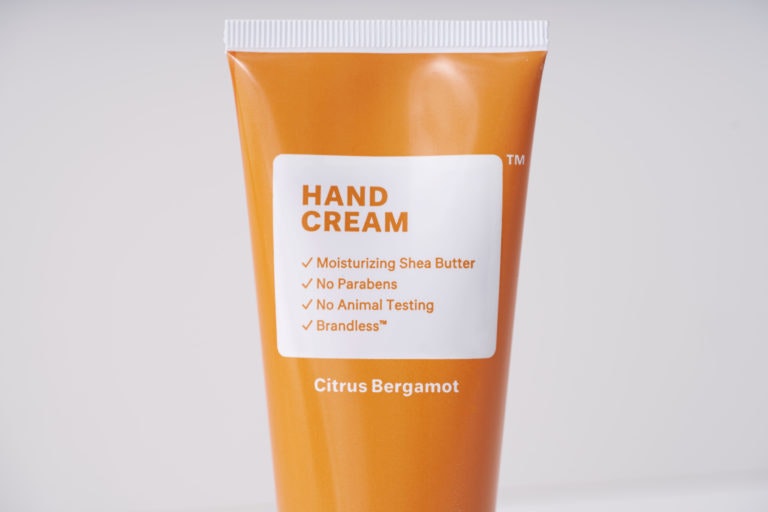 Although many of the aforementioned companies rely on ballpark price ranges based off of raw material and manufacturing costs, with Brandless’ hardline $3 price tag, one would assume that a company would be limited in its capabilities in terms of quality.

And yet maybe I’m just being cynical, and this is precisely the bet that Brandless is willing to make. Is there a difference between their $3 Daily Facial Moisturizer and the $11 product you get at the drugstore? Brandless says not really: “We estimate the average person pays at least 40 percent more for products of comparable quality as ours. And sometimes up to 370 percent more for beauty products like face cream.”

That $11 name-brand face cream carries what they refer to as a BrandTax™ a term they’ve coined and apparently trademarked, which is another big element of the—ahem—brand’s identity. These are the “hidden costs you pay for a national brand. We’ve been trained to believe these costs increase quality, but they rarely do,” reads their website.

The concept seems to run somewhat counter to one of the bedrock ideals of capitalism—the notion that competition drives up prices in the market and quality is there to regulate it.

Of course, it doesn’t always work that way, so perhaps we should hope Brandless’ experiment is a success and becomes an even more radical example of how companies don’t haveto inflate pricing to market quality products and turn a profit.