I managed to reach my early 30s without ever experiencing what I’d call a knock-the-wind-out-my-sails professional failure (unless you count some very lame raises and being told once by a humorless boss that there was too much frivolity in my work cube).

But then, at 31, bam, I got passed over for a huge promotion I really wanted. The loss stung, and since everyone on staff knew I’d been under consideration, it was also humiliating. When I walked around the office, I felt like I had a big L stamped on my forehead.

Here’s the funny thing, though. As I look back at that episode now, many, many years later, I realize that it ended up leading to everything great that happened in my career. It also taught me one of the best lessons of my professional life.

“When I walked around the office, I felt like I had a big L stamped on my forehead.”

I was working as a senior editor at a popular Sunday newspaper supplement called Family Weekly, following several post-college years on staff atGlamourmagazine. One day, seemingly out of the blue, the charismatic and beloved editor-in-chief, Art Cooper, announced that he’d been tapped to runGQmagazine and would soon be leaving. I hated the idea of losing him as a boss but there was a consolation prize in store for me. Art told me I would be in charge of running the magazine until his replacement could be chosen,plusI was on the list of candidates for the top job.

Though the idea of being in charge initially terrified me, I discovered within days that I adored it. There was an incredible thrill to running the show, overseeing the staff, and having creative control of the magazine.

During this transition period I reported to the publisher, a big, gregarious sales type named Pat. He requested a proposal for what I would do with the magazine if promoted, but other than that he left me to my own devices. Weeks passed, then months, and I grew to love the job even more. It almost seemed to belong to me by this point.

Finally, three months later, Pat stopped by my office to say he was taking me to lunch that day. I sensed that my fate had been decided but I had no clue how. Pat liked to drink at lunch, which was pretty common for sales guys in those days, and because I didn’t want to come across as a rank amateur, I ordered a glass of wine for myself. I should have seen it is a bad omen when the waiter asked, “Can I see some I.D.?” before serving me. After drinks arrived, Pat explained that the top job was going to a guy from the outside–though I was being given a bump in salary and a new title as a consolation prize. I felt crushed. I obviously hadn’t done as good a job as I thought I had.

I tried to make the best of the situation, though it didn’t help that I found the new editor unimpressive. A couple of months later, Art took me to lunch and made a surprising announcement. “Kate, please don’t ever force me to admit this in a court of law,” he said. “But I heard your proposal was the best of all the candidates. The reason you didn’t get the job was because you’re a woman. They just couldn’t see a female in the role. ”

“The reason you didn’t get the job was because you’re a woman. They just couldn’t see a female in the role. ”

The revelation made me mad as hell but I also decided I wasn’t going to let it leave me bitter. I decided that night to leave my job as soon as possible, and not long after I accepted a position as the executive editor of a woman’s fashion magazine. I really respect women who fight the odds—they make things better for all of us—but in my case I had another option available and I decided to take it. I went back into women’s magazines, where there were endless opportunities for me to advance, and also be inspired by the female leadership above me. Eventually I became the editor-in-chief of five women’s magazines, including helmingCosmopolitanfor 14 glorious years. 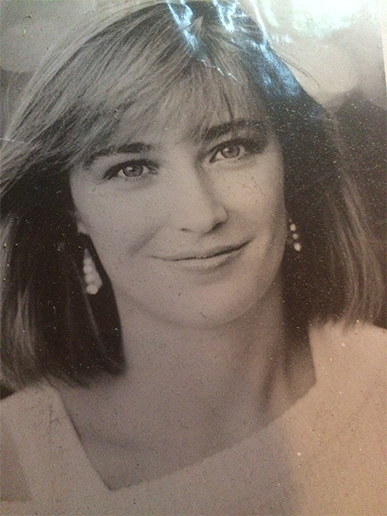 In hindsight, I treasure that setback at age 31. Somehow, even with the all the disappointment I experienced, I summoned the nerve to step back, analyze the situation, and allow it to guide me into making a career-altering pivot (though we didn’t use that word then!).

But a few years later, after the dust had settled, another critical lesson emerged from that experience; one I hadn’t noticed at the time. I could see in hindsight that I’d actually handled the transition period really poorly. Yes, I’d worked my butt off, but I’d also been waiting around for things to unfold in my favor rather than taking the bull by the horns.

For instance, I should have set up weekly meetings with the publisher to take him through what I was doing. I should have made a major in-person presentation rather than simply dropping the proposal in his inbox. I should have said, “Pat, I really want this job. Tell me how I can show you how right I am for the position.”

It’s entirely possible it wouldn’t have helped. Maybe I was passed over solely because I’m a woman. But it’s also possible that I didn’t get the job because I failed to sell myself and make my case, which is what you always need to do.

I never made that mistake again.

Not long ago, I read a study showing that high achieving people tend at times to accept less blame for their failures than they should. Perhaps they’ve got friends and lovers saying things like “It’s not your fault,” “They were idiots,” and “Forget about it.” I’m not one for endless ruminating or self flagellation, but what I learned years ago is that that might not be the best way. You can’t be be afraid to stare failure in the face and ask what it can teach you—that’s what helps to lay the groundwork for bigger opportunities and future success.

Kate White, the former editor-in-chief ofCosmopolitan, is the author of the just released career bookThe Gutsy Girl Handbook: Your Manifesto for Success, as well as 12 murder mysteries and thrillers.