Home / Read / How Kulap Vilaysack Got The Courage...

How Kulap Vilaysack Got The Courage to Explore Her Family History

When I was 14 years old and my parents got into a really heated argument one night, I wasn’t surprised. The night seemed like so many others I’d grown up seeing. Except, it wasn’t. When my mom vented her frustrations to me, I defended my dad. And that’s when she broke the news: “Why are you defending him? He’s not your real dad.”

That’s pretty much the moment I found out there was this whole other part of me out there in the world. A biological father I hadn’t even known existed and who didn’t want anything to do with me because he was worried about child support.

So, I buried it. I put it away. I told myself, “another time.” But here’s the thing: Things don’t really stay buried forever.

“Sometimes your best work only happens when you put yourself first.”

It took me a long time to realize that diving into my family history was something I needed — and wanted to do — for myself. In fact, it wasn’t until almost two decades later that I made the choice to revisit the subject. This time, though, I brought a camera with me because I didn’t trust myself to remember everything just right. I felt like it was finally time to start asking the questions I never asked before.

And that’s howOrigin Storycame about. It’s this deeply personal documentary (releasing theatrically and on Amazon VOD on May 10, 2019) about my quest to find out more about my family in Laos, the family secrets I’d tried burying, and the peace that comes from gaining some closure. 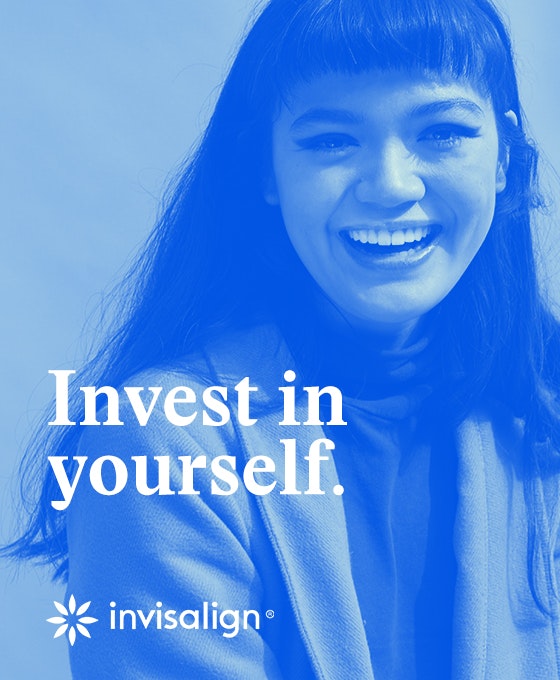 It’s easy to feel like things that you do for yourself are somehow “selfish,” or in my case, even “egotistical.” I know I sometimes felt that way while making this film. My background is in comedy! I’d never made a documentary before. Who wasIto make a film, a film aboutmylife? And even more, who was I to askother peopleto support me through it all?

Throughout the process of making the documentary, I questioned myself over and over again. Though I’ve worked in entertainment and helped run shows likeBajillion Dollar Propertiesand been part of the comedy circuit for years, I’ve dealt with imposter syndrome my whole life. There’s been countless times when I felt like I wasn’t enough or, even when Ididprove myself, I’d think it wasn’t real. Like, maybe I didn’t belong. I mean, even when I was acting, my internal monologue was something like, “Gonna get fired, gonna get fired. Having a great time, but probably gonna get fired.”

“I blame it on having an ego. But, sometimes you just have to tell your ego to, ‘shut up, sit down and let go,’ you know?”

I did that forOrigin Story. I’d tell myself, “You’ve come this far, you’ve come this far. Keep going, keep going.” I know that making a documentary about myself and my family is, well, a bit self-indulgent. But, OK, isn’t it more than that? (Do you hear me trying to justify myself, even now? Putting ourselves first is hard work.)

Still, I felt compelled to make this documentary and to see it through to the end. As an Asian-American family and immigrant family, I think it’s kind of a revolutionary act to talk about the things I’m talking about in this documentary. I feel like I’ve been through something and I want to share that with others. Maybe there’s someone who will relate to it. And maybe, just maybe, it’ll inspire them to go through the fire.

Going through the process for making the documentary during the past few years and getting it to screen at the Bentonville Film Festival and CAAM Fest in San Francisco has been a challenging experience, but it’s one that I don’t regret doing for myself.

It’s helped remind me that nobody else determines what your success looks like. Nobody is monitoring you, like you monitor yourself.

There might be a moment where, while I’m waiting for the screening of the film, I’m gonna start feeling really self-conscious and like, “Oh wow! I’m airing it all out!” And not just me—but my family’s dirty laundry. It’s very revealing, but that was the point, wasn’t it?

Presented in partnership with the Invisalign®brand.brand.Treatment times are up to 2x faster (thanks to weekly aligner changes vs. two-week wear) so you can truly invest in yourself, while getting back to what matters—your life.

As told to Theresa Avila

This story was originally published on May 29, 2018. It has been updated (and will continue to be updated) to include new tips, advice, and guidance, to ensure we are always giving you the best, most valuable resources.