The Neutrogena Light Therapy Mask, an at-home version of expensive light therapy treatments used by dermatologists, has generated a lot of buzz. But is it safe?

At 31, I’ve more or less adopted a philosophy of nihilism when it comes to the cluster of zits that likes to hang out between my jawbones and cheekbones. Oh, you’re going to just ignore this expensive-ass tea tree oil and just continue being a festering pocket of bacteria and pus? K fine, respect. Diligence is a good quality.

But it’s kinda rude when it’s your own body doing it to your own face. While I’ve had some measure of success with conducting low-key chemistry experiments over my bathroom sink, finding that at-home cure-all that doesn’t require hundreds of dollars in products and two hours of your evening every night has always alluded me.

Then, last month, I was sent the Neutrogena Light Therapy Mask that came out at the end of last year and has been filling the internet with Tron-esque selfies ever since. I was plenty skeptical, of course. What do red and blue lights have to do with zapping zits? A lot, as it turns out.

The gist is this: Blue LED lights have the ability to kill acne bacteria, and red LED lights reduce the inflammation caused by said bacteria. Hit your dermis with this one-two punch, and it’s purported to zap your acne and smooth everything out.

“Hit your dermis with this one-two punch, and it’s purported to zap your acne and smooth everything out.”

Photodynamic light therapy has been increasingly used by dermatologists as an effective way to treat acne over the course of the last decade or so, but it wasn’t until recently that at-home treatments like the Neutrogena Light Therapy Maskhit the market.

The fanfare is understandable: Whereas in-house treatments can run several hundreds of dollars for a single session, and a full course of treatments can require a number of sessions, the Neutrogena Light Therapy Mask costs around $35 for the mask itself, which comes with 30 “doses” via an activator. After the initial activator runs out, replacements cost $15.

But Mia Belle, a paramedical aesthetician with a sought-after practice in Beverly Hills, warns that you might be getting what you pay for. “The difference between this and what you get in clinic is in the bulbs. The light and the wavelength coming out of the bulb needs to be extremely precise,” she says. “The healing red, for instance, needs to be 633 nanometers. Not 636 [or some other number that’s close], which might look the same to our eyes.

“When those rays touch your skin, those two different files [from the blue and red LED lights] tell your skin to do two different things. We’re actually communicating with the skin. The worry that sometimes us professionals have about at-home-care treatment is that, to really truly have lightbulbs [with the correct wavelength], it’s very expensive. It can be $10,000 to $30,000 dollars for a machine.”

While Neutrogena did not immediately respond to requests about the wavelengths emitted by their bulbs—and the information isn’t available on the product page—I will say this: It worked on me.

Within the first week of use, the persistent patches of little bumps below my cheekbones showed signs of retreat. A month later, they’ve been eradicated almost entirely. Coincidence?! 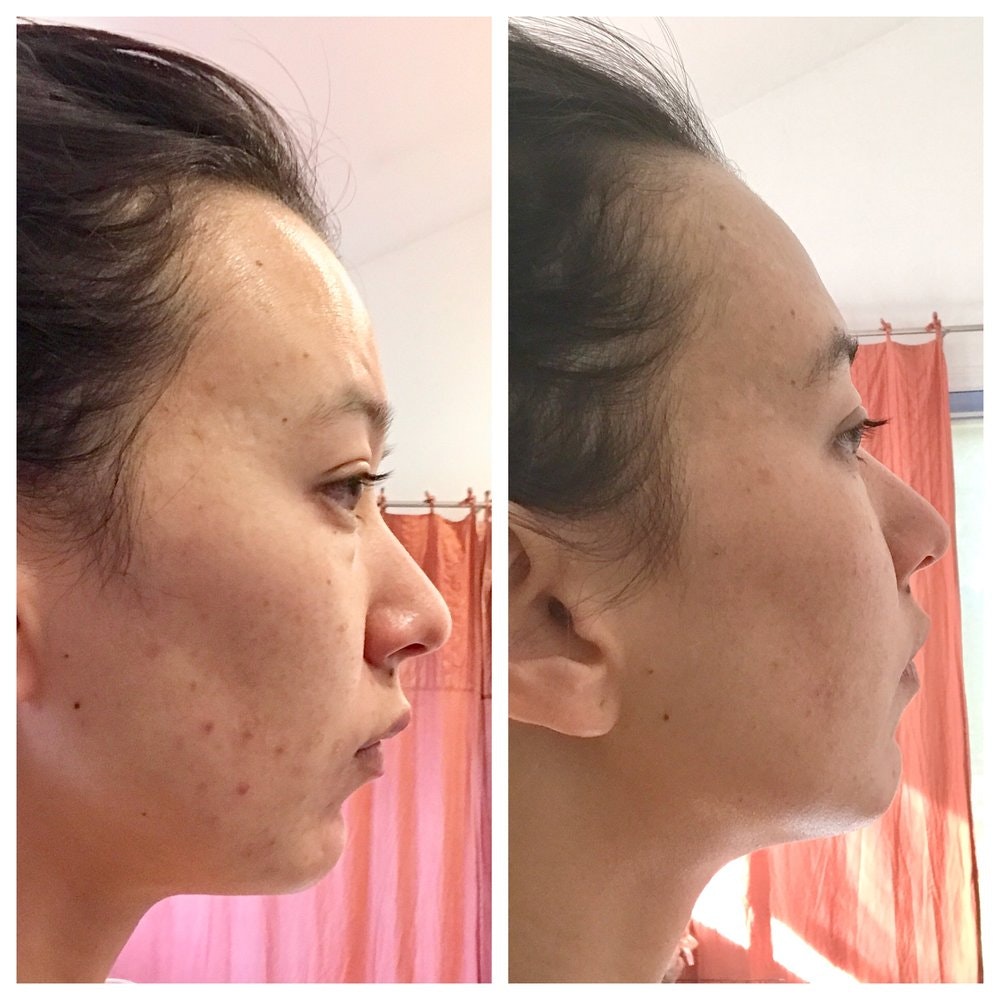 However, Belle warns that because there haven’t been substantial studies conducted and information on the specs of the bulbs is not readily available, it could be something of an illusion:

“You might be happy with that result at first, because what that does is it kind of tightens up your skin, similar to getting a little bit of sun. And it does dry you out, so in that respect, it can be beneficial for acne patients,” she says. “I don’t think that it’s doing anything especially harmful,” she adds. “I’m just not convinced it’s super beneficial.”

As for me, whether it’s simply drying out my skin or actually zapping my zits, I’m a believer. The Neutrogena Light Therapy Mask is hands-down been the most effective thing I’ve tried in my decades-long battle with acne.

That being said, the novelty of wearing the mask every night for 10 minutes wears off pretty quick, and the disposable nature of the “activator” is highly obnoxious. Considering it’s a simple electronic device that only needs to turn on and off—a function that could be powered by a regular battery, one would assume—there doesn’t appear to be any need for an “activator” aside from getting you to invest $15 every month after your 30 doses have run out.

And while Neutrogena implemented a “recycling” program where you can drive somewhere and drop off your used activators, that seems like a pretty sorry solution to what appears to be a brazen money grab.

Still, though. It really did work.