Home / Read / Portrait of a Girlboss: How Loren... Portrait of a Girlboss: How Loren Brill is Turning Her Sweet Tooth Into an Empire

For a long time, native New Yorker Loren Brill thought California was her destiny. She craved the sunshine, the produce, the outdoors; at 18, she got certified to teach yoga, and when it came time for college, she headed out to the University of Southern California in pursuit of a degree in communication, painting and drawing. After a few semesters abroad in Florence and Amsterdam, she finished up school and booked a one-way ticket to L.A., where her then-boyfriend was already living. Real life, as she put it, was about to begin, and Loren, so sunny of disposition, was more than ready to meet it.

She was back East on a college-campus scouting trip for her little sister week before she was supposed to fly out to L.A., when she woke up one morning with alarmingly swollen lymph nodes. Her mother, who had previously battled leukemia, rushed her to her doctor.

“He told me to cancel plane ticket immediately. I’m 22 years old at that point. I didn’t even Google what Hodgkin’s was because there was just no way that my life was going to take this turn. It just was not in my plan at all. It took a month of testing. Nothing showed up in my blood. I wasn’t having any major signs. But they did a biopsy of the lymph node and found out that it was Hodgkin’s lymphoma stage II. And that I needed to start chemo immediately,” Loren told us.

From the beginning of treatment, Loren was determined to do everything that was in her power, and she started with what seemed the most logical place: the food she was putting in her body. “I needed to superpower myself. I made a very conscious decision from the beginning that I didn’t like this unempowered feeling. It wasn’t me. I was going to get through this and be healthier on the other side, and I was just going to make myself as happy as possible because I really believed that your mental state has a huge impact on the way your body is going to feel,” she said.

In the years that followed, as she underwent chemo and eventually beat the cancer, Loren stayed New York to be closer to her family; she enrolled herself in nutrition and cooking classes as a means both to educate herself and also focus on something that has always brought her happiness: cookies. But as she was learning the ins and outs of what makes cookies such perfect happiness vehicles there came a discovery: “The more I studied nutrition and the more I took these baking and cooking classes, the more I realized there was such a disconnect between all the things I was learning you should be eating and what’s in most baked goods,” she told us.

Thus: the spark that would eventually become an obsessive cookie-making whirlwind. Loren was set on coming up with a recipe using only unrefined, unprocessed ingredients–a cookie that didn’t sacrifice decadence and deliciousness, but is lightyears better for you than those made to withstand everything short of nuclear war. After countless iterations and taste tests from her sister, she’d come up with a recipe that floored her friends, family, and eventually, a baking competition judge.

At 26, Loren felt she’d identified a gap in the market and that she could capitalize on it: “I just felt this secret door opened of natural baking, better-for-you baking that really no one had gotten into. I saw that there was a real divide between the vegan, hippy kind of artisanal, and then mass-produced, highly marketed brand names in baking.” But it wasn’t until a random incident in one of her business classes one night that the everything was set in motion: A friend she’d made in class that worked as a restocker at Whole Foods said he’d look into how one goes about getting an account with them for her. The next day, he called Loren and told her she had a meeting with the head buyer that Wednesday.

Cue: a mini freak out. “I was like, ‘Fuck you, Cory! Our website says ‘coming soon.’ I don’t have a packaged product!” she told us, laughing. Needless to say, Loren figured it out and then some. Six years later, Sweet Loren’s refrigerated cookie dough is now carried in over 4,000 supermarkets across the country. She’s been on the cover of USA Today and the Daily News, and Marie Claire picked her as the top entrepreneur for their “Women on Top” award. We talked with Loren more about the importance of storytelling when it comes to business, how she practices her business’ tagline “Be sweet to yourself” in her own life, and why you don’t ever really need to diet.

So let’s zoom in on this Whole Foods thing for a minute, because that’s a huge thing to land as your first step, and you were in a super early phase of building a product and a brand. What was that meeting like?

All I had was a one-pager that said our mission and the different flavors we had. [My friend Cory who set up the interview said], “Loren, tell your story. Have them try the cookies. Tell them what you can do.” So I got to this meeting, met with the buyer. We super connected. I told my story of Sweet Loren’s and he really was passionate about that. We walked around the store together and we looked at all the different areas in the supermarket. I told him, “I can really launch this. People really are obsessed with what I sell them, my cookie dough.” And he loved that idea. No one had built the next brand name in cookie dough. There are two brand names, really. They’re not modern. They’re not cool. They’re not sustainable. So I said, “Let’s do something smarter, made by a woman. Something real.”

He called me the next day and placed an order for cookie dough and I started to cry. I was like, “Oh, shit. I have a real business now.”

And now you’ve got thousands of accounts and you’ve been in talks with giants like Target and Walmart. You believed in the product really strongly from the get-go, of course, but did you think the product would resonate in the way that it did?

I listened to that deep instinct I had that people buy what’s convenient. No one has time to make every single thing scratch. And it’s hard to make things that taste healthy and are delicious. We’re all in a fast-paced world, and everyone wants things that are convenient and easy and that save them time and money. I think a lot of people forgot about cookie dough because they may consider it just junk food. A once-in-awhile, middle-of-the-night type thing. Or if you’re drunk [laughs]. But then you have one warm out of the oven. Nothing will ever be as good as when it’s warm out of the oven. [And the way our product is set up] means a single dude could make it in his toaster oven, one or two at a time. That means a family could bake them with their kids as a project. 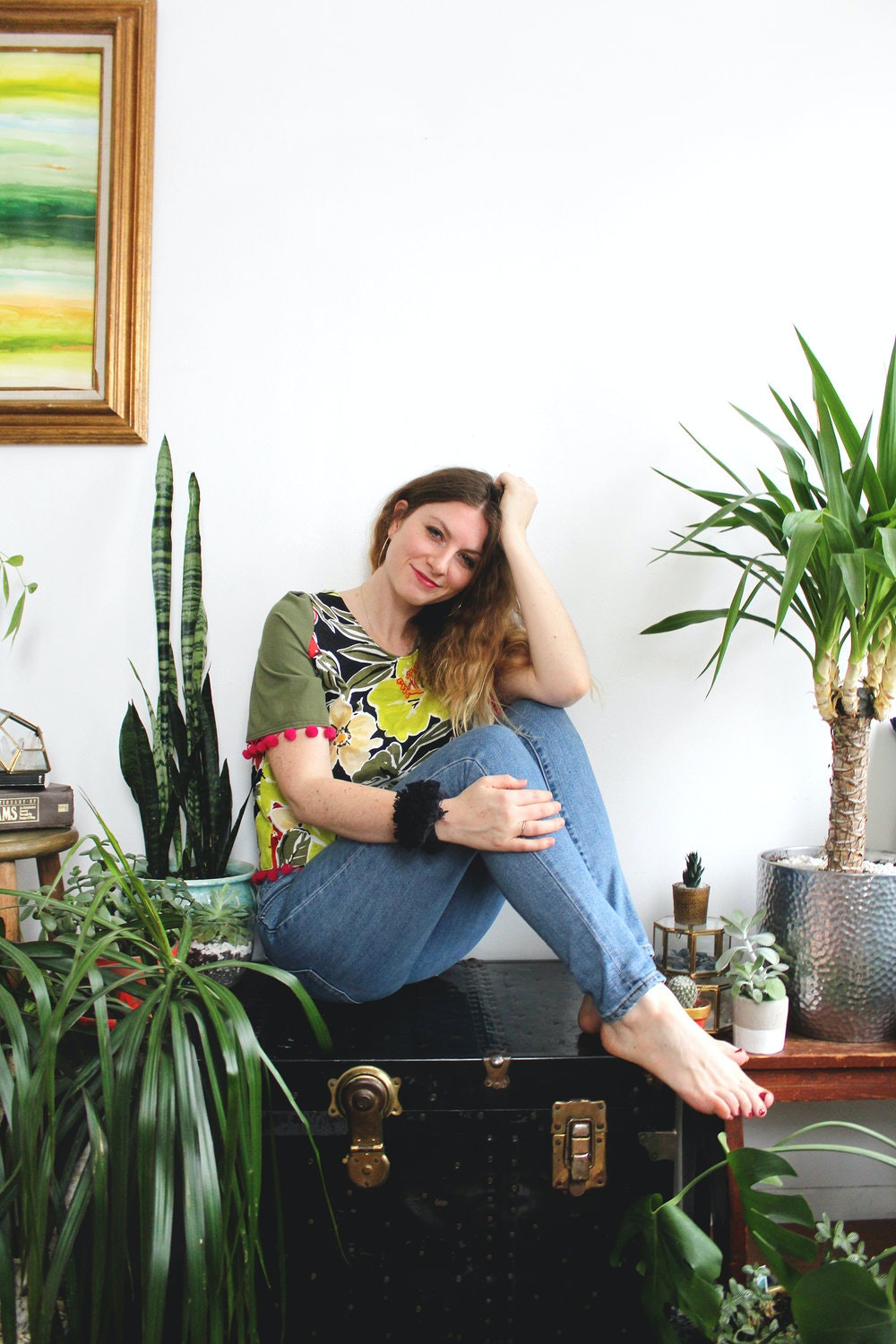 Sweet Loren’s tagline is “Be sweet to yourself.” As a founder of a company of six employees handling what sounds like a ton of accounts and marketing and general work, how do you make sure you practice what you preach?

What I’ve learned in all of this is if you don’t have balance, you don’t have anything. I’m an entrepreneur. I’m a hustler. I have that side of me and it’s only gotten bigger because I’ve found something I care about so much. And now that thing has a life of its own. But when it’s going 100 miles an hour and I’m just trying to keep up, I’ve seen what I end up like and I’m not happy. I’m totally worn down and I don’t make smart decisions. I feel like my life is just my business and that’s not true.

I think it’s really healthy to indulge, too. I want to get people away from the idea of a diet. I feel like a diet is a four-letter word and I don’t like that idea where you have to starve yourself in a certain way or you’re not good enough or you have limitations. You can just build in really great, healthy habits from the beginning. It’s a lifestyle. You don’t need to ever diet. You can totally love and indulge in the things that make you happy. Just fall in love with things that nourish yourself. If you’re craving cookie, go for it. As long as it’s wholesome, good quality ingredients.

What have been some of the biggest challenges for you as the owner and CEO of Sweet Loren’s?

I would say the two biggest challenges right now for me are how to manage and become a really amazing leader and CEO. I did all the operations, all the recipe development and all the marketing. Now I have to hire the most amazing team and really inspire them and help them grow to the best they can be. That’s something I’m just learning as we’re growing. It’s challenging. The second thing would be I think just marketing. We’re a small company up against really big brand names, and we don’t have millions of dollars to pay for ads on TV or commercials. How do you compete with these big brand names when you don’t have as big of a budget? When you know your product is better? How do you get people to try your product when you have two seconds to capture someone if they walk by you on the shelf? Two seconds!

Any advice you can pass on to aspiring entrepreneurs?

Find something you’re super passionate about, that you’re good at, and that there’s a need in the marketplace for. Just those three things. If you combine them together, there’s no way you can’t be successful if you keep working towards it. I would say absolutely get to know yourself. Try a million things. Follow your gut. Don’t let anyone judge you and don’t judge yourself.

Bring out that side of yourself where there’s fire and tenacity. There’s strength. It’s something we all are capable of and we can tap into that and direct it in a positive way and add value to the world in whatever way you’re interested in. Then I’d say, lastly, just surround yourself with amazing mentors and successful people that have done it right, who you look up to. In order to run a business, you really need to hone in on business skills. I found it fascinating to just really go back and forth from the different sides of my brain to be able to really protect a brand and a business. I think it’s really important to recognize that this has to be a really savvy business. Financially stable. Organized.

At the same time, especially if you have a product or you’re creating something, you’re using a different side of your brain. It’s very creative. It’s very artsy. You need that. That’s the magic sauce. No one can replicate that. It’s like the secret recipe.