Sage Words To Help You Survive This Week, From Domino Kirke

Welcome to Girl Guide, a shortcut into the brains of the coolest, most interesting girlbosses we know—in list form.

When you see someone out in the world, living life on their own terms, crushing it—again, on their own terms—you want to know more. Likely, you want to know what gets them through the day-to-day and keeps them sane when life seems nutty. So, we’re sitting down with exactly those women and reverse engineering their shiny, inspiring success with ordinary, consistent, reliable advice.

First up, Domino Kirke. The Londoner-turned-New Yorker takes side hustling to the next level. She’s a doula and business-owner, a writer, and a musician. She’s also a big sister (to actresses Lola and Jemima), a wife (recently married to former Gossip Girl star Penn Badgley), and a mother.

Last month, she debuted her first folk-pop LP, Beyond Waves,(it’s soothing, lush, and welcoming—listen and buy here). The new music rolls up all of the elements of her life above, with a focus on family, letting go, and getting sober.

That last experience of the past three years of sobriety, she told i-D last month, influenced her music as well as the people who she made it with. She says, “I never really was a big partier, but it kind of caused me to be in these melancholy, depressive states that were more of the problem.

“It wasn’t the actual going out at night and being crazy, it was more the way I was feeling in-between. So, I chose to take it out of my life…and it certainly influenced my record; the people I made it with, a lot of my bandmates, are sober. I have a really strong meditation and prayer practice, and I just feel like I’m awake for the first time since I was a child, really.”

Ahead, she walks us through her power mantra, her most trust-worthy essentials, her productivity hack, and of course, her meditation practice. Go ahead, take a deep-dive into her brain—and the real, ordinary elements of her life—with us.

Power mantra: First things first.
“I tend to take on too much, so saying this right before I go into my day really helps me pace and center myself as well as prepare for what’s to come.” 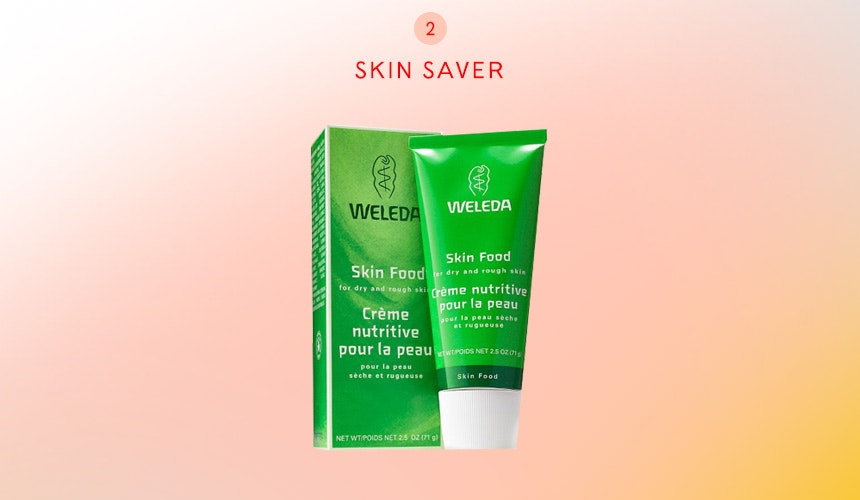 Skin saver:Skin Food, by Weleda.
“I have such dry skin, so I usually always do an oil of some kind after wetting my face, and while it’s still damp I press the oil in; Skin Food just takes it to that next level of hydration. I may even mix a cheek color in with it if I’m feeling fancy.” 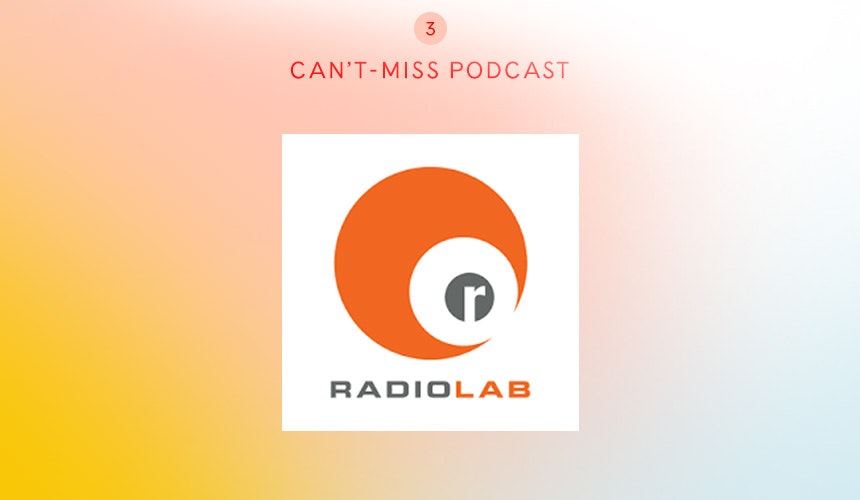 Can’t-miss podcast: Radiolab.
“I drive a lot, and Radiolab really helps me when it comes to driving long distances (I need to get out of the city!) They really move me every time. Such a well produced show.” 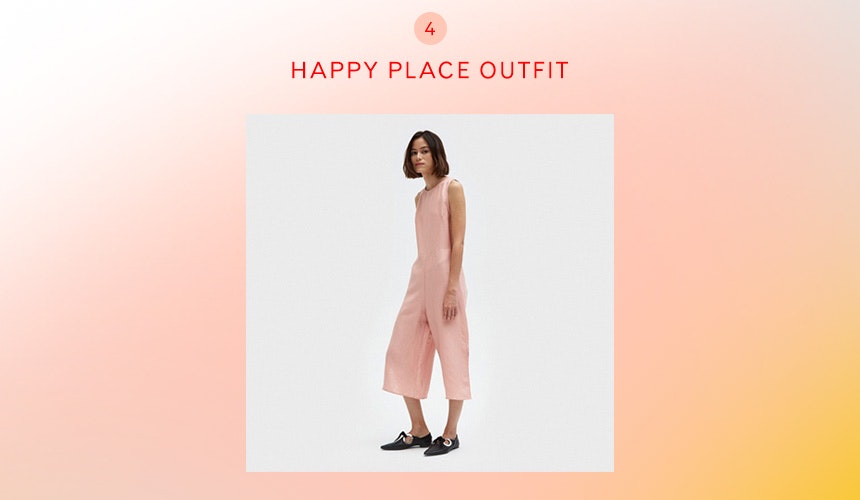 Happy-place outfit: Anything in jumpsuit form.
“I hate feeling constricted in any way, especially when I perform, so jumpsuits feel like a happy medium between looseness and formality.” 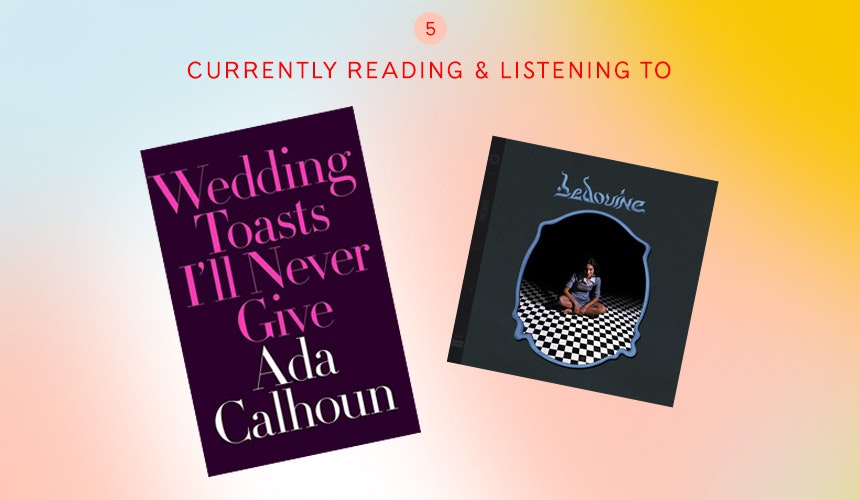 Currently reading: Wedding Toasts I’ll Never Give by Ada Calhoun
“She’s a brilliant writer, and as a newlywed myself, it’s been a real treat to have a much needed giggle. I so appreciate her honesty about her own marriage.”

Currently listening to: Bedouine, who I’ll be touring with in November
“What a woman! Azniv Korkejian has created a work of art with her new self-titled record, truly. This record is perfect blend of Nick Drake and Astrud Gilberto.”

Productivity hack: Kindness then deadlines
“Get it done by noon, and never start until you’ve done one nice thing for yourself (mediate, shower, journal or whatever it is that moves you).” 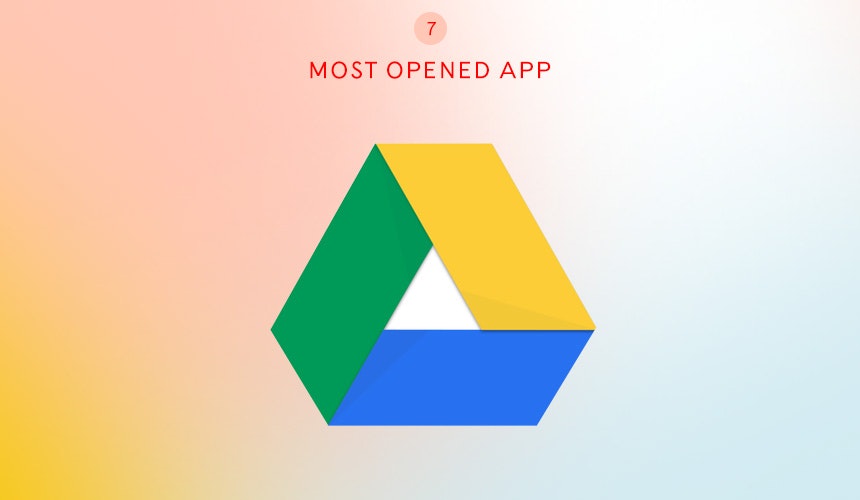 Most opened app:Google Drive
“I’m in the middle of writing a book with my partners at Carriage House Birth, so we’re constantly editing each others’ writing.” 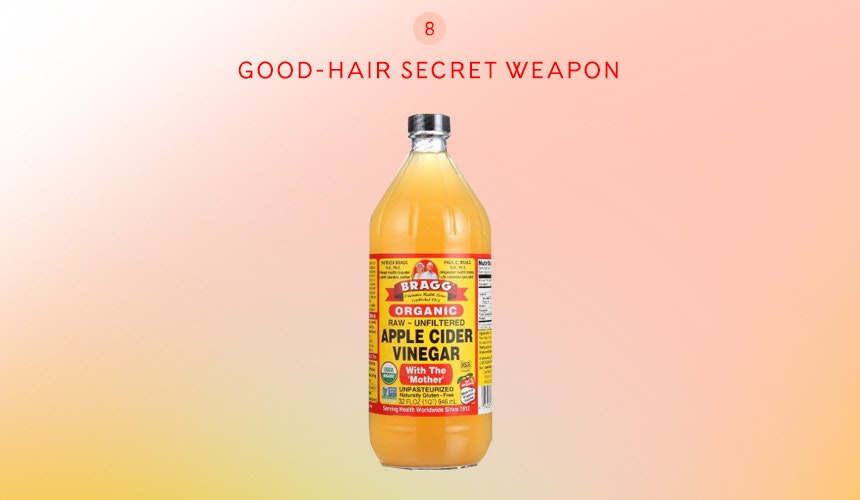 Good-Hair secret weapon:Apple cider vinegar
“Just wash your hair with this! Just as a rinse. No shampoo! It really works.” 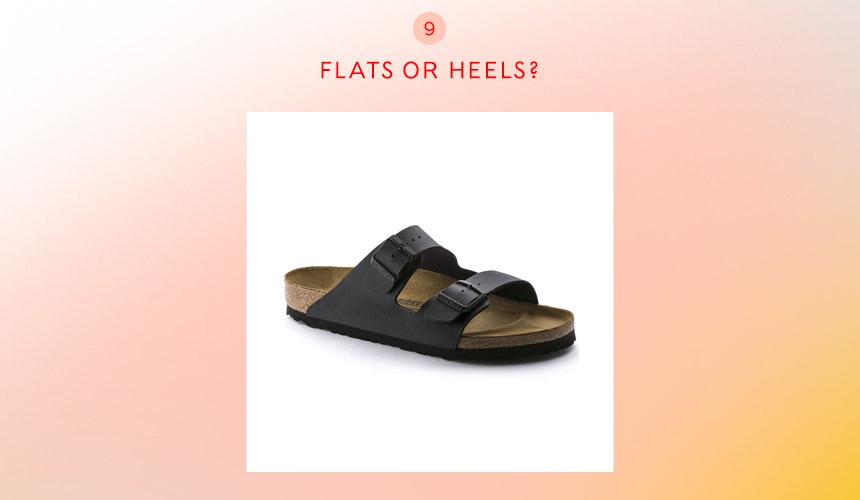 Flats, sneakers or heels?:Ballet flats or Birkenstocks
“I used to feel far more comfortable in heels than sneakers or flats, but now it’s the opposite. Heels put me in the worst mood.”

Self-Care method of choice: Mediation or reiki
“I became attuned in Reiki a few years ago and I’ve been practicing transcendental meditation for five years. I start and end each day with TM, and the Reiki self care is usually more of a treat—a way to go deeper into that state.”

“Feeling feelings for everyone, for forever.”