Welcome to “Scrimp City“—an anonymous, week-in-the-life chronicle that provides a real-world look at women who are trying to save money—across a range of pay scales and industries. Each installment dives into one woman’s progress toward one overarching savings goal, and breaks down where she saves and splurges while navigating a career, planning for the future, and still making sure there’s something leftover for snacks.

In this edition of the Scrimp City challenge, we meet an independent consultant who’s quite privileged financially, in that she has zero debt and lives in a house mostly paid off by her parents. She’s only a few months into running her own business—a venture she settled on after being let go from a marketing agency—so her focus has become cutting down on eating out and spending more wisely, so she can really save.Here’s how she managed through her week-long saving challenge.

Job title:I have my own consulting business

Housing arrangements:I live in a condo that’s basically paid off.

How to sum up me and money:

In full transparency—my parents are upper middle class. When I was young, what I knew about money could be summed up by the following observations: My parents drove nice cars and going on a vacation every year was a given. In fact, I had no idea how much vacations cost until after college when I booked one on my own dime. That being said, taking on debt was a big no-no.

When I started earning my own money, I followed this principle: Always live within your means. I succeeded on this front, but I found myself struggling to save enough (besides whatever was automatically deducted for retirement). Along the way, I started putting away about $500-1,000 in savings at any given time but it’s only in the last few years that I’ve become determined to change things.

On the bright side, I’m privileged enough to have no debt and I own a condo. So, when I was let go unexpectedly from my job, I used my unemployment insurance and about $3,500 in savings to get by in the months after, before I finally settled on starting my own business.

In the months since I lost my regular paycheck, I’ve realized exactly how much money I spent on dining out. I was so unhappy at my old job and lived alone. So to make myself feel better, I’d go out for dinner a few times a week, sit at the bar and usually have a glass of wine or a cocktail (or two). The best thing that happened when I was unemployed was reducing how often I did this. I still try to get out and socialize but my restaurant bills are way smaller and my bar tabs are virtually nonexistent now.

Aside from putting money in my 401(k), I began building up my own “fuck off” fund in case things didn’t work out with an employer. (I’d dealt with my fair share of crummy jobs and never wanted to feel trapped in a job again.)

I made some good progress toward saving and pocketed about $6K. Then I took about $2,000 worth of steps back when I adopted a puppy. (This was for the adoption, training, supplies, insurance, and veterinary care.)

Shortly after that, things changed very quickly—for the worse. In the week following me taking my first true vacation in years, I came back to find out I was being let go from my $80K job. The news hit just after I’d splurged on a fancy vacay, a $500 birthday dinner, and I had come home to the horrible news that I had a bedbug infestation (cue the exterminator and hotel fees).

I have about $100,000+ in retirement savings, but I pretend it doesn’t exist. This helps rid me of any temptation to touch any of my long-term savings. I also—very gratefully so—live in a home that’s pretty much paid off. My parents paid for the house (again, upper middle class). I pay for the condo fees, maintenance, and the property taxes, which I had a 10 year tax abatement that’s over this year. My property taxes are going to go from about $800 a year for the last 10 years to about $4,000.

As a result, my first priority is building up my general savings in case I should have any dip in my monthly income as a consultant. I was able to bank $7500 in client retainer in my business account last quarter and I have about $500 in my high-yield saving account right now. My goal is to have $10K in savings that I really don’t need to touch. Once I get there I want to keep building up the $$$ so I can move over to my IRA or another investment account so I have plenty for retirement. A vacation this summer would be nice, but I’m trying to be realistic.

Usually just a spreadsheet for personal stuff but now that I have a business I use Quickbooks because it’s easier for my accountant to use. 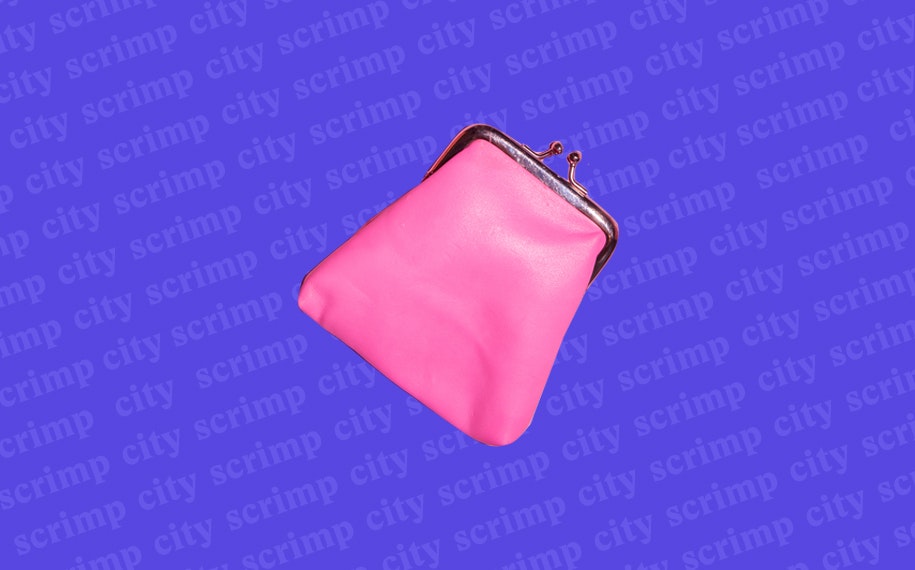 I lost a client this week and they refused to pay a $2500 invoice, so I have a big gap in my income right now. Thankfully, I was careful last quarter so it shouldn’t be a huge deal, but I don’t want to overspend! I used to eat out a ton so not doing that anymore will help keep my spending down. I will also try to group work meetings and errands together so I don’t spend so much money on Ubers/transportation.

What I did to create my new budget:

With a new business it’s hard to describe a typical week. I usually make my coffees at home now, or I might splurge on a can of draft latte (my weakness) or a fancy espresso drink once in a while (I got really good at racking up Starbucks bonus stars to keep the cost down). To get more at Starbucks, Target, and Wholefoods, I’ll use the Drop app which helps me earn gift cards.

Because my business is so young I do a TON of networking. I try to work out of coffee shops and other busy spaces and I belong to a lot of networking and business groups. Some of these events cost money to attend—but usually they have food so I get out of paying for a meal.

I’ll also aim for a yoga class two or three times a week and I do acupuncture and therapy most weeks as well. I’m also accounting in my budget for transportation because I don’t have a car (the math just doesn’t add up to make it worthwhile). Right now, my regular Uber rides eat up a chunk of my budget since it’s winter and I’m not keen for walking around Philly in the cold. 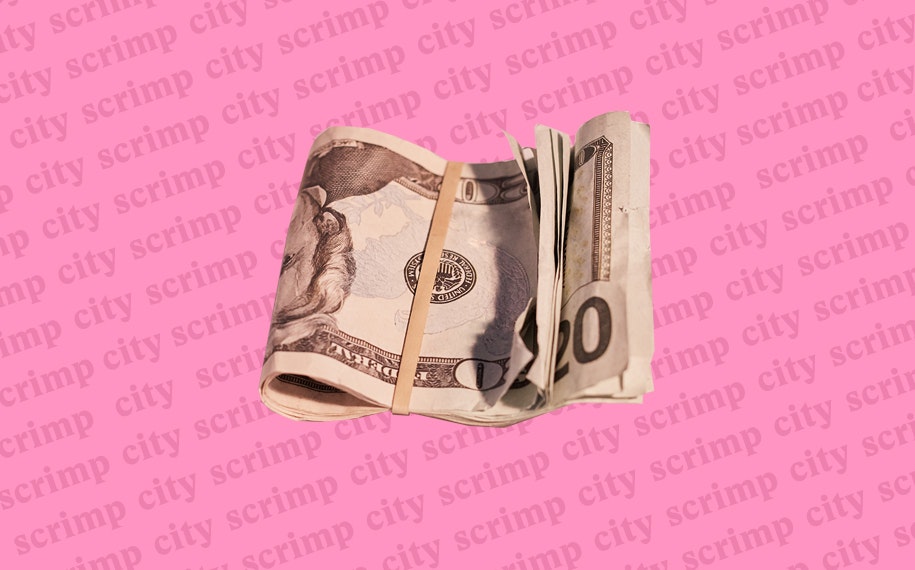 I took an Uber to meet with a client ($8.63), got a snack ($8.00) and another Uber back home ($9.87).  I definitely order cars too much but I have a travel credit card and get triple points, so if anything I’m helping pay for an (eventual) vacation? I didn’t really eat lunch so I spent a little on some fries and a shake. I also spent $27.47 on a workshop hosted by a fellow female business owner I wanted to support. No guilt there.

Treated myself to a hot chocolate ($3.50). After the stress of the recent client loss, I needed something sweet. I went to my weekly therapy session ($7.89 on the ride and $150 on the session). Therapy was a game changer for me and I go as often as I can afford to. The Uber back from therapy was my final expense for the day ($10.63).

Spent $12.95 on my Canva account. This is money well spent, as I do a lot of social media posting for clients and my own business and this makes my work look so much more professional. I had lunch with an editor to discuss some possible event partnerships at a restaurant that donates proceeds to serve the homeless. She paid for lunch, too, which was nice.

I took another Uber to meeting with Capital One. I also stopped by the post office since I had something that belonged to a client and I wanted to get it back to her as quickly as possible. I sent it back via UPS with a tracking number—worth the peace of mind ($15.44). The best dollar I spent all day was probably on a dog treat I got my puppy.

Took yet another Uber (!) to the supermarket ($6.59). I hate grocery shopping on Sunday but I was so low on groceries so the re-stock was much-needed ($79. 40). I’ve been much more careful about This trip also included the cost of my morning coffee. The Uber back home was $7.20.

Needed to get out of the house and focus on work so I went to a local coffee house/coworking space to get some work done. I stuck with the coffee this morning ($5.50). Electric bill was due so I paid online ($52.60). Took an Uber to my acupuncture appointment ($6.99). Acupuncture $35—my shoulder was bothering me, so it felt good to get it taken care of. Uber to dinner was $6.14. I know I shouldn’t have gone out to dinner and overpaid for wine and cheese ($48. 69) but it was just so tasty and I was really productive today. The Uber home $6.99.

I use the software Harvest for time tracking, so it’s pretty important for me to regularly pay it. I was hungry after yoga and PMSing so I grabbed a burger and took a break from working and ate. I felt so much better after even though I was annoyed at myself for spending yet more money on food. Then I got a burger and fries ($22.95) for dinner!

Other than a ~few meals out I was pretty pleased with myself for not over-spending. In fact I still managed to save about $250 this week. I’m sure my expenses will go up in the future when I start getting more work. Still, I choose to be optimistic and take this as a win!

Learning how to run my own consulting business has made me more aware than ever of my spending and how little purchases can really, really add up. Right now, I’m facing the unwelcome prospect of a client not being able to pay a $2,500 invoice. When I was let go from the agency I was at previously, I was lucky to have already started on my savings goal. At least enough that I would have time to scout and land a new job in three months’ time.

Now that I’ve ventured out on my own, it means my individual spending choices carry that much more weight. My old motto of “living within your means” has taken on a new level of meaning. I’m not complaining, though. Far from it.

I feel like my attitude used to be one where I was always like, “Whatever, I’m going to go happy hour.” That whole mentality of, “I work hard, I get a paycheck, I deserve it,” was very me. Now, I’m more like, “Oh my God! Stop going to happy hour woman! Put that money away or throw in back to your business.” Especially after this week.

And that’s a good thing. I guess you can say that most of the money I spend outside of my business and dining out needs is for the dog. But I’ve got to be careful there too. We do order a lot from chewy.com.