Home / Read / How One Woman Curbed Her Appetite... Welcome to “Scrimp City”—an anonymous, week-in-the-life chronicle that provides a real-world look at women who are trying to save money—across a range of pay scales and industries. Each installment dives into one woman’s progress toward one overarching savings goal, and breaks down where she saves and splurges while navigating a career, planning for the future, and still making sure there’s something leftover for snacks.

In this edition of Scrimp City, we meet a 25-year-old woman who is used to living comfortably and not paying attention to her impulse spending. In this week’s challenge, she makes a commitment to dine in, stop ordering takeout, and hold off on her beauty splurges. Here’s how she managed.

Housing arrangements:Split costs with a roommate

“My relationship to money is best described as…unhealthy and unreliable.”

Anxious, doubtful, and guilty. I know I should be budgeting better, planning for the future, working on savings, and spending less, but I often feel overwhelmed by it all. I’m not sure the best way to budget, or what feels realistic. It usually feels like a big dark cloud over me that I’m aware of, but either ignore or don’t acknowledge.

How my relationship to money evolved over time:

For as long as I’ve been financially independent, I haven’t been the wisest with tracking where my money goes. My dad is an accountant and while growing up, money matters weren’t front and center. It wasn’t something that we were necessarily concerned about and as a result, I didn’t stress about it too much. Still, the way that my mom spoke about money would often leave me anxious. She always reminded me to not overspend… and I’d be good about it until I’d spend it all on a whim once I got my allowance. At the time, it was totally fine because I lived at my parent’s home but once I graduated from college and started living on my own, things got more stressful.

Every month I also wire about $300 to my parent’s bank account to repay them for college tuition and costs they covered for me in college. I went to a liberal arts college, which was about $50K. We agreed that I would cover half of the costs by working two part-time jobs and they could cover the other half so I could graduate with no student loan debt. To be honest, I’m not sure what the final balance is that I owe my parents, but wiring them a few hundred each month is pretty standard.

Other than that, I guess you can say the spending-on-a-whim habits I developed as a teen have carried over to my post-grad life. I often spend beyond my means on items you could argue are unnecessary. Recently I caught the skincare bug and will splurge on facials ($120+ every few months) as well as new products. Aren’t we all after pore-less skin?

I had a brief stint of unemployment this summer, which caused me to use most of my savings. I haven’t put a lot back into savings since then, but would like to focus on putting 10 to 15 percent of each paycheck into my savings so if I’m in a situation like that in the future, it’s not a concern.

My budgeting tools (so far):

I usually use my mobile banking app to see where my spending goes and I look over Mint fairly regularly to get a sense of where exactly I’m spending my cash. I dream of living a life where every purchase is on a spreadsheet, but I’m certainly not there (yet!).

My goal for the week is to spend less than $200, which for me is usually the max (though to be honest sometimes it’s a lot more). I’ve been finding that my overspending recently has been making my debt total creep up to uncomfortable levels. For years, I held off on getting a credit card because I was scared of what would happen. Welp—I guess I’ve proved myself right about that. The temptation is too much, you know?

S0, what’s my plan? I’m aiming to not eat out more than three times a week—which maybe sounds like a lot but I’m used to dining out on the regular. I’m aiming to make most of my meals at home, enough to have leftovers for work. Kudos to me, too. I’ve already done my grocery store haul to make meal prep actually happen. 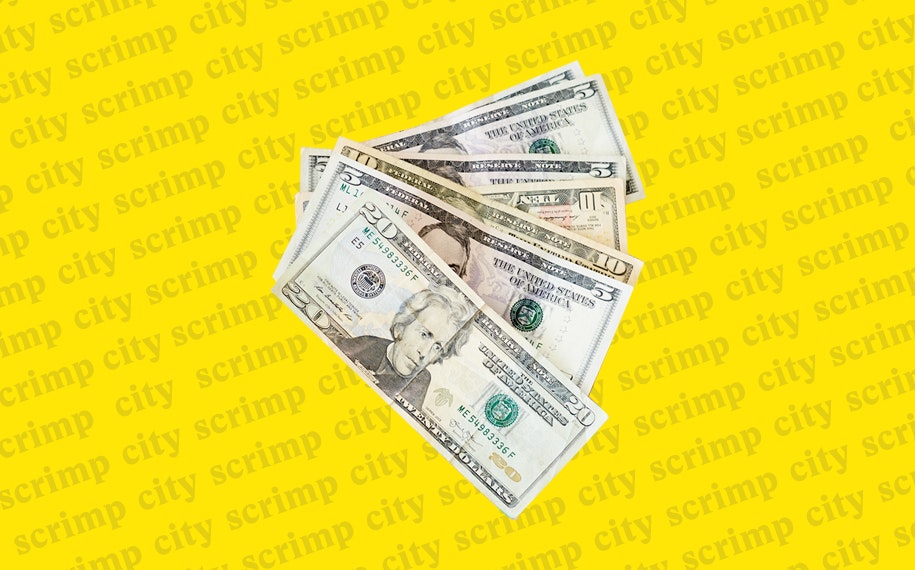 You know how sometimes you just want to get out of the office to get a treat? Well, I got myself a nice iced tea (at $4.50+tip). Then, I got back to the office and remembered we have free iced tea there. Whoops! The gas tank in my car also needed a fill-up so there went $38.39. Do I love to spend money on gas? No. Did I need to? Yes, it’s a necessity.

Later, I spent $13.69 on a Postmates order for ice cream sandwiches with my roommate. I will say… I’m not the happiest about indulging on dessert on Day 1 of my Scrimp City challenge.

After my poor start yesterday at saving money, I decided to buckle down. It’s never too late to start, right? Pretty happy to say here that I didn’t spend a dime. Yay.

Come lunchtime, I couldn’t resist getting poke. Finding an affordable lunch spot near work can be a challenge so spending less than $10 is still a win in my book. 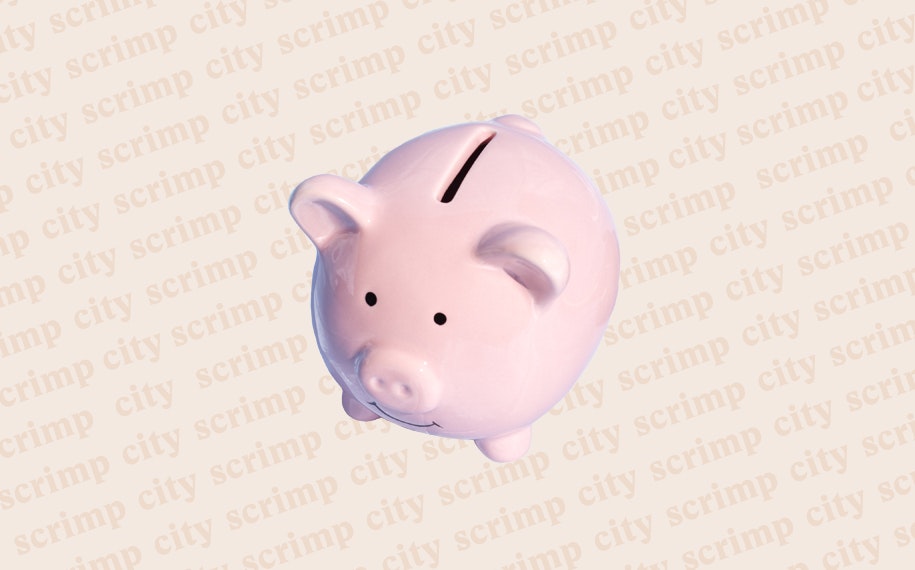 Date night with my boyfriend. We’re into the habit of splitting our date night dinners halfsies in one of two ways. We’ll either split a meal or alternate who pays for the date and have the other person pay back their portion later. People always seem to have thoughts on “going Dutch” when you’re in a relationship but I appreciate the equality. TBH, I’d feel weird if he was always forking the bill for things we enjoy together.

Oh, I also spent $13 on parking. I had a meeting/interview of sorts for a potential job and just my luck, there was no free parking anywhere. I bit the bullet and decided I’d rather pay than keep circling forever hoping to get lucky. Womp, womp.

Success! Made it through another day of no spending.

My boyfriend and I got lunch together and I covered the bill. He took care of dinner for the two of us later that night, but I would be lying if I didn’t say I have some regrets about how high the total was. But, I guess I can’t complain toomuch. I enjoy trying new cuisines and it was delicious.

Ha! Day three of no spending—achieved.

How much I saved by the end of the week:

I would say I’m actually pretty happy with my spending for my week doing the Scrimp City challenge. I started off not so great, but evened out and achieved my goal by the end of the week. When I think about it, Day 1 of this savings challenge was indicative of how I normally spend my cash. That is, I give into thoughtless, impulse buys on what seem like small treats but obviously add up quickly to a whole lot.

I’d like to get into more of a habit of not spending money for a set number of days. The fact that I managed to accomplish my no-spend goal for three days this week gives me a little more confidence I can do it on the regular. Now, I guess the real question is if I will be able to make these no-spend days a regular occurrence.

For Financial Literacy Month this April, we’re rounding up our favorite articles and resources on saving money, earning more, and spending wisely, so you can take control of your financial situation. Follow along all month for the features that’ll help you navigate money matters on your own terms—like this one.