The Subtle Sexism Of VC Funding

We spent a significant portion of this year talking to VCs to raise money for our one-year-old business, Werk. In that process, one thing become forcefully apparent: Fundraising looks very different when you are a pair of female co-founders than it does if you have a male founder in the mix.

And this is a problem—not just for women who are starting businesses, but for men and women who want to thrive in an innovative, high-growth economy fueled by a diversity of ideas.

It’s no secret that when women run businesses, good things happen. Companies with meaningful numbers of women in leadership improve by every metric, and gender diverse organizations are 15 percent more likely to outperform their peers.

Women-led companies tend to have better working conditions and fewer layoffs. Studies estimate that closing the corporate gender gap could boost the US economy by a whopping $2.1 trillion. And yet, women remain grossly under represented in the leadership of businesses in nearly every industry in US today.

Structural barriers facing women go beyond the bias, discrimination, and lack of female-friendly policies within many organizations. They start with the start-up economy, and the ways in which that space doesn’t welcome female founders in the same way that it does men.

A few facts, to back up this theory: In 2016, female entrepreneurs received only about 2 percent of all venture funding, despite owning 38 percent of the businesses in the US. In fact, TechCrunch reported that between 2010 and 2015, companies with at least one female partner only received 10 percent of global venture capital funding and only 17 percent of seed/angel funds.

Because of this, women are more likely to need to finance startups with personal capital — meaning they are much more likely to rack up debt. This places significant impediments in their paths from the start, disincentivizes other women who watch them build and grow from a place of disadvantage, and continues to reinforce the problem.

And the problem of women’s under representation as innovators and leaders is not just one of equality and social value; it’s a financial issue as well. Women are more likely than men to build purpose-driven businesses that solve a clear social problem and women tend to outperform the baseline by 63 percent, making more money for shareholders. 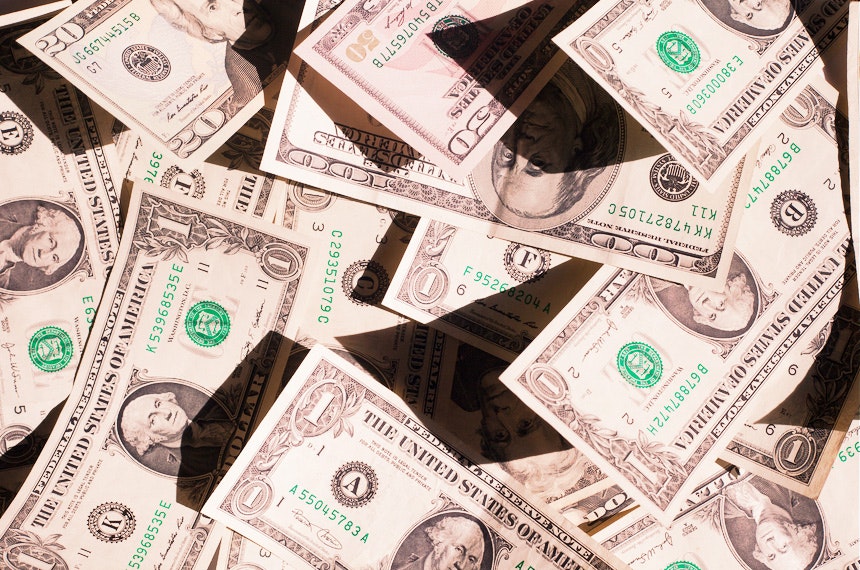 So, why are female entrepreneurs less likely to receive funding than men when the data clearly shows that investing in women is a smart move?

It’s the old same gender bias so many of us have experienced in all aspects of our lives. As the co-founders and co-CEOs of Werk — a purpose driven job marketplace that helps women find flexible careers that are compatible with their lives — we’re trying to remove the structural barriers that tend to hold so many women back from advancing in their careers, if they make the choice to take on caregiving responsibilities.

But in that process, we’ve experienced firsthand why the path to funding a business can be challenging for women. Thankfully, we haven’t dealt with the sexual harassment so many women report, but we have felt our professionalism, intelligence, and dedication called into question simply due to the makeup of our chromosomes.

During our recent seed round, in which we raised nearly $3 million, we realized that so much of it comes down to the questions being asked. Below, we’ve bucketed three of the most common types of gendered questions female founders receive during the fundraising process. Here’s why they are a problem.

Investors want to make sure they are making sound decisions, and so all founders receive a battery of questions. But a pre-Seed startup like ours looks nothing like a Series A startup, and the questions being asked should reflect the appropriate developmental phase of the business.

However, the reality is that female founders are more likely to receive questions that are at least one phase more advanced, regardless of how buttoned up they are. We compared notes with male founders at the same startup stage and were shocked by how differently we’d been questioned.

The seed stage round is priced to take advantage of a big idea that is partially operationalized — founders shouldn’t need to prove without a reasonable doubt that theirs is a mature business. By definition, it is not.

And yet, we were getting questions like: “What is your segmented churn analysis” even though we have an annual subscription and haven’t had customers who have been retained for a full year? In general, investors were leveraging every point of proof of success into a series of questions designed to undermine the validity of that success.

If we had a dollar for every time we were asked if we are a lifestyle company, we wouldn’t need to fundraise. “Did you ever consider not seeking venture?” is a pretty silly question to ask founders who had previously raised $1 million in venture and are deep in the middle of raising a second round.

All investors make assumptions. This can be the hardest part of fundraising—identifying which assumptions are being made and building arguments or showing evidence to overcome them. And it seems that the assumptions look different for men than they do for women. Surprise.

Men are good investments until they prove otherwise. Women are unsound investments until they prove they are worth taking a risk on. This happened repeatedly with many investors, but in particular with an investor who expressed interest in leading our round. Ultimately, we learned that they declined to lead because of a concern about our defensibility against another startup they assumed was a competitor.

In the end, our round was led by the women-run fund ReThink Impact, and all of our additional new-money investors were women as well. And those women are exceptional: They actively seek out opportunities for us, support and iterate on our ideas, make introductions for us, text us out of the blue to share business ideas that have been on their mind.

They amplify us and our business and support us through the down times with advice, comfort and importantly, capital.

However, the fact that we value and appreciate our female investors doesn’t mean we’re advocating for a stratified world in which women only have access to female investors and vice versa. We have to open up access to funding to a broader range of people and ideas and experiences if we want to remain competitive as a society.

The data already supports the soundness of placing a bet on female founders, but only time will tell if solid returns will actually change the pervasive, and more subtle, gender bias that deters women in this process. For the time-being, we’re cautiously optimistic.

Annie Dean and Anna Auerbach are the founders and co-CEOs of Werk, a progressive job marketplace that helps women find flexible careers compatible with their lives.