Home / Read / These Women Are Leading The Sex...

“Don’t have sex, because you will get pregnant and you will die. Don’t have sex in the missionary position, don’t have sex standing up, just don’t do it, promise? OK, everybody take some rubbers.”

The iconic Mean Girls scene exaggerates the state of high school sex ed for laughs—but only by a (pubic) hair. The actual only thing I remember from my high school “health” class is making a 4-foot penis out of K-nex, an exercise I haven’t yet found opportunity to replicate in my sexual life. Some of my friends had it worse, though: Their classes weren’t just useless, they were actively harmful.

For instance, in 2012, Tennessee passed a law that abstinence had to be taught as the only legitimate option; the legislation said an “‘abstinence-centered curriculum’ means that the majority of the content of a curriculum promotes sexual risk avoidance as the primary goal.” That’s actually not what that means; it’s a linguistic hairball that directly equates “sexual risk avoidance” and “total sexual avoidance.” In other words, Tennessee instituted the Mean Girls curriculum minus the condom handout—just the “don’t have sex, because you will die” part.

Well, at least we can gloat about all the evolved sex talks we’re having in blue and purpley states, right? Not really. Even progressive California didn’t have mandatory sex education in public schools until 2016. Only 24 states and D.C. require any type of sex education—and of those, only 13 require the material that’s taught be medically accurate. The percentage of US teens receiving formal sex ed is decreasing.

The percentage of US teens receiving formal sex ed is decreasing.

Since the mid-aughts, grown adults have been incognito Googling or consulting Reddit randos to learn to navigate bisexuality or debunk HIV myths or date while living with a disability or model affirmative consent or find the clitoris or to prep to use a butt plug for the first time.

But the good news is that you don’t have to cull comment threads from ‘BonerGuy69’ anymore, because there’s a new wave of highly-capable women leading the Sex Ed Revolution For Underresouced Adults. They’re holding webinars, posting videos, and answering your questions in real time. They believe they can educate and inform people at any age. And we clearly all need it.

The main things these women want you to know? You have the right to change your mind, to explore new things, and to advocate for your safety and pleasure. And you have absolutely nothing to be ashamed of. 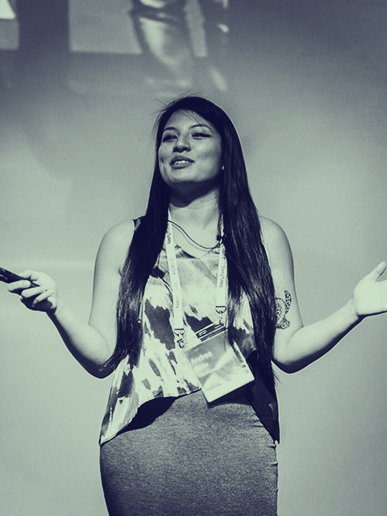 Growing up with Filipino Catholic parents, “we didn’t talk about sex at all—like at all,” Andrea Barrica says. She internalized a lot of shameful messages about homosexuality (Barrica is queer) and about pre-marital sex. As she lives in the Bay Area, a sexual expression and education mecca, Barrica eventually started going to in-person sex ed workshops and connecting with other curious people.

“This question started weighing on me though: What if I had grown up in a rural area? What if I had grown up somewhere where these kinds of workshops weren’t an option?” she says. “These communities that helped me claim my own sexuality and feel powerful were medicine to me, and they weren’t being represented online.” She also points to Emily Nagoski’s 2015 book Come as You Are: The Surprising New Science that Will Transform Your Sex Life as an invaluable resource during that time in her life—but she couldn’t talk to it.

As an answer to her own question, Barrica launched O.School, a free online platform that livestreams conversations with sex educators nightly; topics range from how to buy your first sex toy, to pain during sex, to sex-positive parenting. In the six months since launch, they’ve had visitors tune in from more than 130 countries—and a NowThis video Barrica made simply explaining what they do has been viewed more than 2 million times.

And while Barrica feels deeply connected to the work, she comes to it from a tech, rather than a sex ed, background. Before starting O.School, she worked for an accounting and tax software company called inDinero and then as a partner at a venture capital fund.

“Throughout that entire journey, I really struggled with my sexuality,” Barrica says. “It was amazing to me that I was literally helping to build tech companies and couldn’t find one that would help me.” Investors she approached didn’t see the promise of her idea.

“The shame that I’ve really started to become aware of is the shame of not knowing.”

While O.School doesn’t collect demographic info for privacy reasons, the majority of the viewers who submit comments in the streams self-identify as women. Many viewers are nonbinary, queer, and/or people of color. “While we do center women and people of color, O.School is really for everyone who didn’t receive the education they deserved,” she says.

“One of the misconceptions about sex education is that it’s always about teaching people something,” Barrica says. “Often, I find it’s about helping people unlearn the things that they’ve been taught that are wrong.” For instance, that when you meet “the one,” they’ll know your body magically and you’ll melt together and simultaneously orgasm or that sex positivity means you want to have sex with everyone all the time.

“The work I want to do in the world is to bring healing to people,” she says. “I think the shame that I’ve really started to become aware of is the shame of not knowing.” 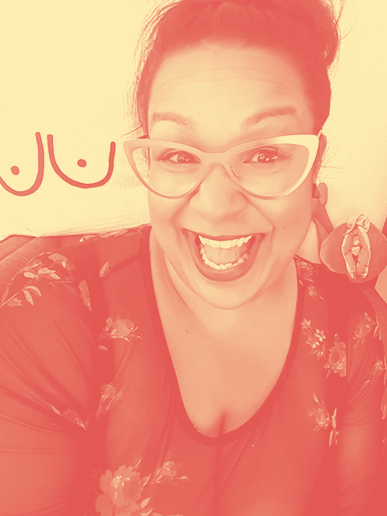 “Male educators’ identities get them into more corporate spaces where they may be more palatable, and they’re doing sexual health and wellness stuff,” she says. “It’s interesting to see how nonbinary, trans, and women educators are working on the cutting edge because we have to create our own space.” Matatas’ space involves de-shaming and de-stigmatizing kink by giving people the skills they need to communicate their desires.

Matatas holds down a full-time job in PR and communications and side hustles as an educator—holding in-person workshops and Skype consultations on topics like “Cock and Ball Torture (CBT) for Beginners,” performing burlesque, selling “Fuck Like A Goddess” and #PegThePatriarchy merchandise on Etsy, and teaching online, including at O.School. She’s based in Toronto, where IRL workshop and in-home work takes up 60 percent of her sex ed time, and global online and Skype work makes up the other 40 percent. What’s her secret? “I don’t sleep,” she says.

“We’re all struggling with different issues that come from the same source.”

Many of Matatas’ clients are single men trying to figure out how to date or people who may say they’re interested in a fairly-straightforward topic and then slowly start asking about kink. Her work is facilitation-heavy. Indeed, the biggest misconception, Matatas says, is that people think she has sex with her participants—including, sometimes, the participants themselves. “I get so many messages before workshops like, ‘So, do I need to cut my fingernails for this? What should I wear?’” she says, laughing. “And I’m like, ‘I don’t know, bud!’ I just have to reiterate that this is a presentation-style workshop.”

As challenging as it is for Matatas to sustain her sex-ed work, as she prices her services accessibly (a recent 2.5 hour “Oral Worship” in-person workshop she offered cost $35 to attend) and is often undervalued or even asked to work for free, the love she has for it is clear.

Julie Keck and Jessica King, King is a Fink 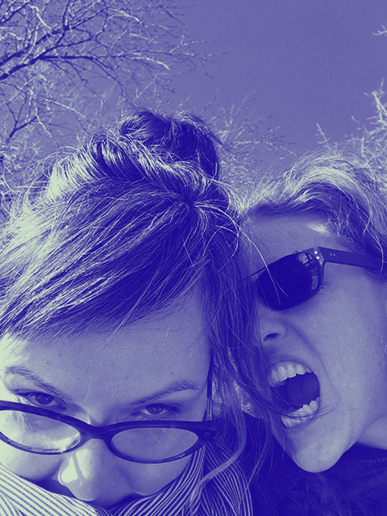 The series is notable for its refreshing, playful approach to sex ed and its strong writing and acting. (As Keck and King have long been involved with Cinekink, an annual festival for sex-positive film and television, it was easy for them to cast the pieces.) There’s none of the cheesy formality, bad lighting, or stilted conversation you might expect from a series focused on consent and communication. In fact, F*ck Yes is both pretty darn sexy and laugh-out-loud funny.

“Sex is funny!” Keck says. “I feel like you’re really not allowed to talk about that unless you’re doing some slapstick comedy. But when you’re so intimate with someone, things are going to be awkward sometimes. You’re going to mess up and you’re going to recover from it. Our bodies are ridiculous. You can be with someone for twenty years and then want to try something new and it can still feel embarrassing.”

But one of the reasons F*ck Yes is sexy is because nobody flips out or shuts down like they might in real life. While the goal of the series to this point has been to model scenarios where enthusiastic consent is reached, situations gone sideways will be unpacked in future episodes. “Sometimes the most positive, life-affirming thing a woman can do is say no and get out,” King says. “Another thing we’ve talked about is a situation where the two people don’t come to an agreement, but it doesn’t go so far south. It’s just like ‘Hey, I don’t really wanna do that.’ And we can show that doesn’t mean that you can’t keep dating; that doesn’t mean you can’t keep hanging out; it just means we’re not going to have sex tonight.”

“Our bodies are ridiculous. You can be with someone for twenty years and then want to try something new and it can still feel embarrassing.”

While F*ck Yes’ audience skews toward city-dwellers in their 20s and 30s, the most surprising piece of feedback they’ve gotten was from a teen: “Our friend’s sister said that she and her friends love the series, but they only watch the adult ones because the teen ones are too much like them.” Sex ed that’s too true to life—what a concept.

And both Keck and King think the saying that talking about sex ruins the moment is a concept divorced from reality. “As a woman, I don’t want any surprises. This idea of ‘Boo! Surprise! I’m doing this thing to you!’ is just crazy to me,” Keck says, laughing. “While movies have taught all of us that there’s this special person out there who you’re going to connect with and they’re going to do sexual things to you that you’d never imagine to unlock your pleasure, that does not bear out in real life!” King adds: “As a species, we’ve proven that we can’t seem to handle sex very well and not harming people while doing it. Adding a 60-second conversation on to make sure we’re on the same page will help me trust that your body is going to know how to continue that conversation during sex.”

There are other great online resources on offer like Scarleteen, Queer Sex Ed, and OMGYes. But they can be hard to find; if you don’t know where to look, Google likely won’t bring you there. One of the more powerful elements of #MeToo is that women are giving voice not only to our anger and disgust with experiences of sexual coercion, but our dissatisfaction with the sex and romance status quo. That status quo hasn’t been working for us for a long time—and we finally have our own corners of the internet to express what we want it to look like, counterbalancing the harm done by standard sex-ed curricula in the process.