Andrea Valle is a 21-year-old of prodigious talents. She’s perhaps most often recognized as a model, known for her neon buzz cut, glossy lids, and vintage-inspired style. She’s a singer and songwriter, who recently followed up her 2016 EP The Way It Goes with a new single, “Float.” She’s a photographer, a thrifting queen, and an artist. She also knows how to self-care, come nighttime. 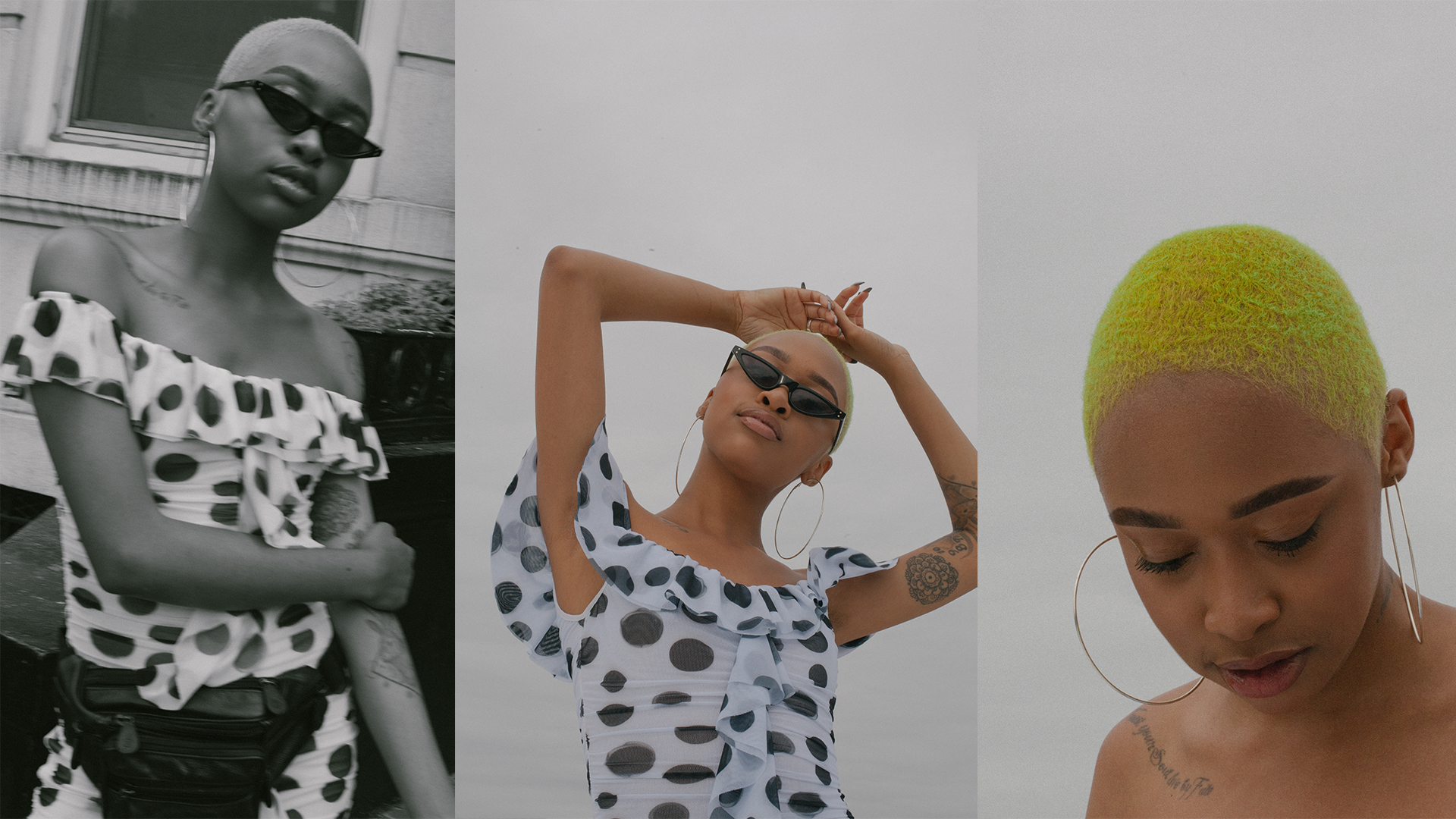 For Valle, who lives in Philadelphia, singing came first and modeling followed later. She started off singing in the church choir. After the other members of her high school music group graduated, Valle found the spotlight as a solo artist for the first time. “That definitely built my stage presence,” she says. “I had to deal with the nerves of singing by myself.” Her EP, released a few years later, was focused on her experiences with love and relationships, a subject that still has her in its grip. (Her new EP, Lover Girl, is scheduled for release later this summer.)

“When I started creating my music, I was really unsure about where to start,” Valle says. “I just decided to do my research and trust my instincts.” Her earlier music was categorized as neo-soul and R&B, but her new music is a departure, wherein Valle says she’ll be “trying a little bit of pop, a little bit of house, a little bit of EDM. My listeners will have more variety in what they’re hearing from me.” She’s inspired by artists like Childish Gambino, King Cole, and Ravyn Lenae, who she recently toured with. 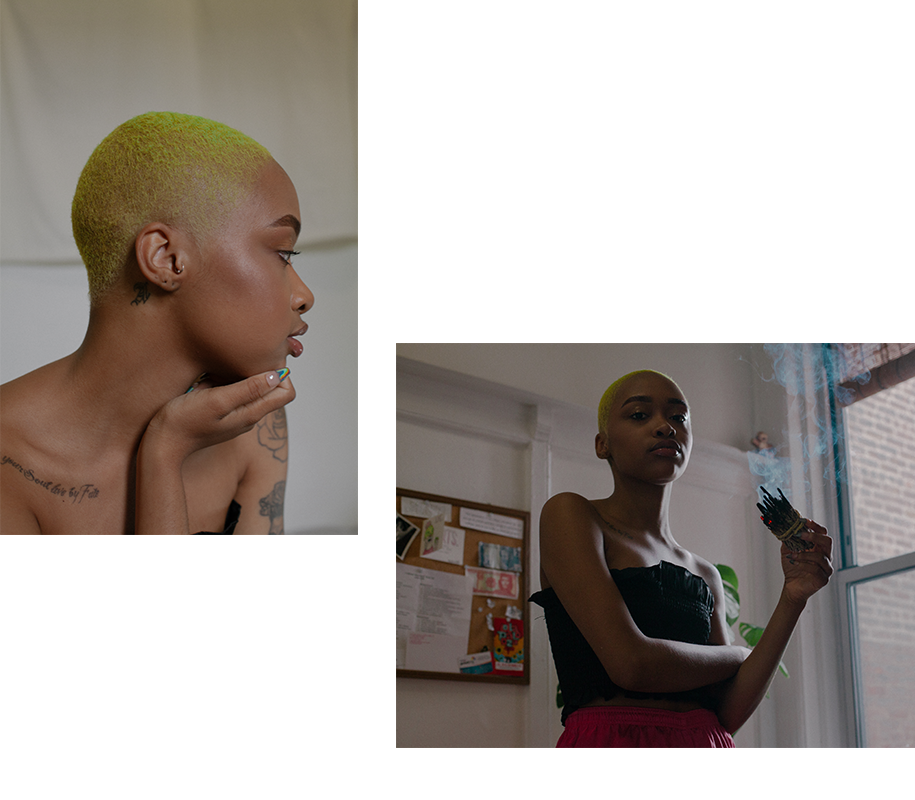 Valle tends to split her time 50/50 between music and modeling; fortunately, she’s represented by the same agency, Offshore, for both, which helps her life feel a bit more fluid. And while Valle’s only 5’7” (considered short in the traditional modeling world), “modeling has always been in my corner,” she says. 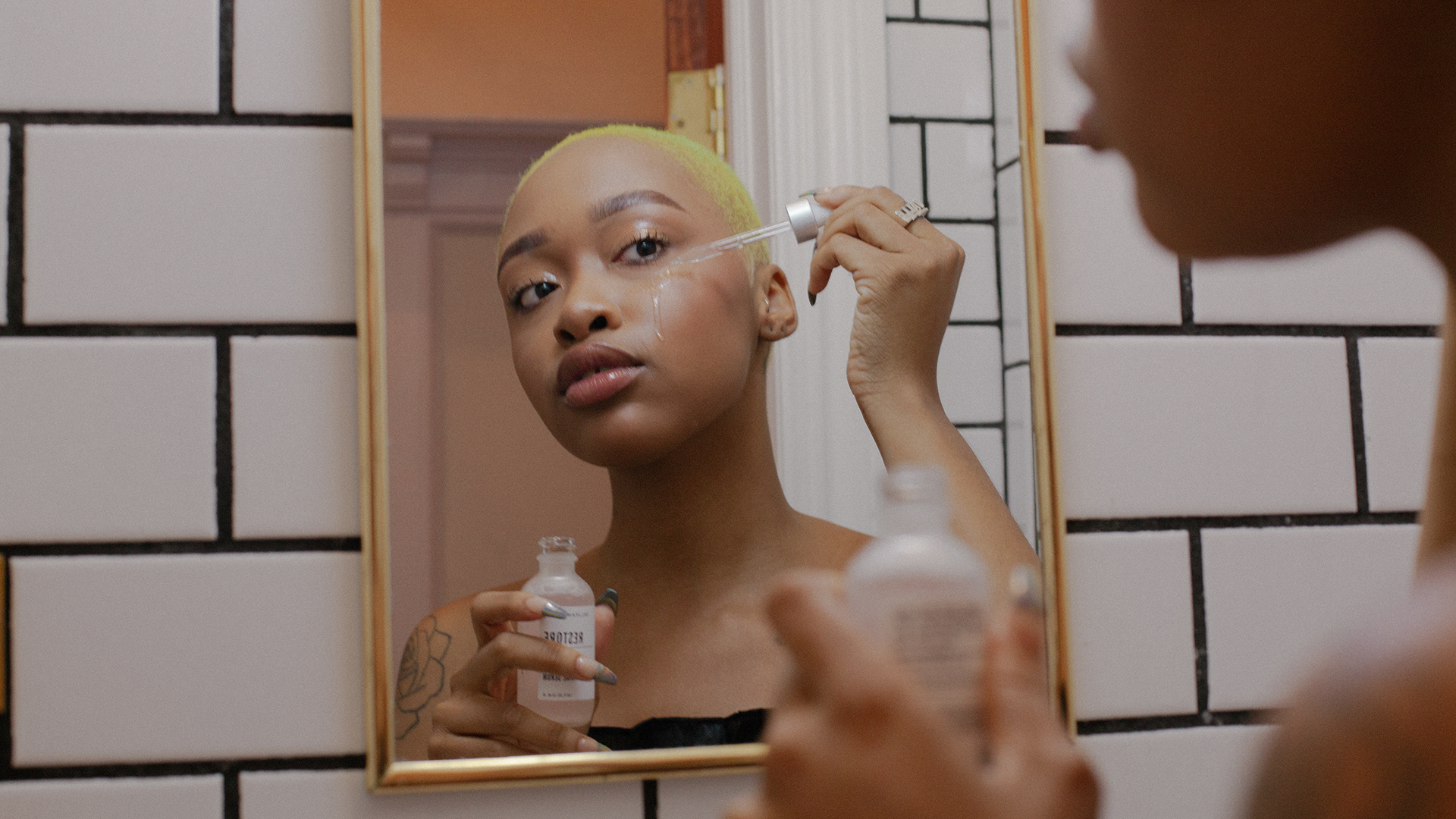 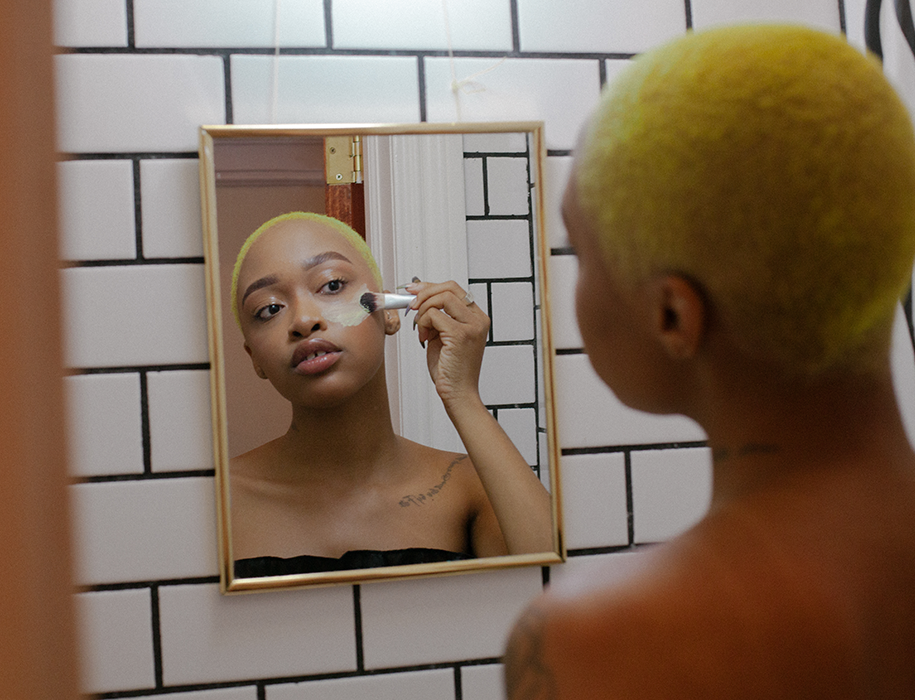 When Valle was 15, she started shooting photos with a DSLR; she also turned the lens on herself, using a self-timer. Her exquisite eye, both for shots and for styling, is on display in her Instagram account, which features strong images of Valle in plaid suiting, signature sunglasses, and funky hats of every shape and style. Most recently, she starred in H&M’s Spring 2018 campaign film alongside Winona Ryder, Elizabeth Olsen, and others. “They flew me out and I had to learn choreography in two days and we shot for three days from sun up to sundown,” she says, laughing. “It was definitely an experience and I would do it all over again.”

And while dancing on the streets of Buenos Aires is slightly out of the ordinary for Valle, her normal life is inspired by that same sense of experimentation. She’s a major thrifter and consignment store shopper; “I’m the type of person to look in every corner and every angle of the store, because you never know what you’re going to find,” she says. “That’s the fun part for me.” While she keeps some of her finds, others, like a pair of paisley ankle boots she just snagged, she’ll wear once or twice before reselling online. 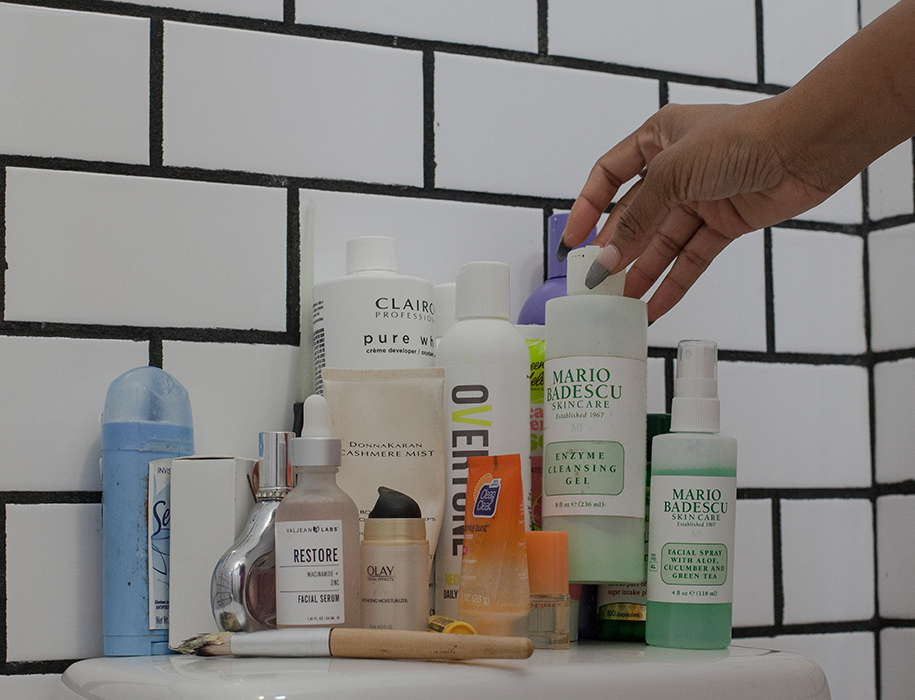 And while her days are hectic, Valle’s nights are all about chilling out. If she’s out, she’s getting tacos, dumplings, or drinks with friends while wearing something comfortable. If she’s in, she might make a cup of tea, light some sage, and finish writing a few songs. She’s also set up a projector in her room, which she calls her “own little movie theater.” Now playing? The Netflix show Black Lightning.

Valle keeps her bedtime routine pretty simple. As the weather’s getting hotter, it’s all about tackling sweat and buildup. She starts off by using Cetaphil cleanser, which she likes because “it’s very smooth, like a serum,” she says. Sometimes, she’ll use tea tree oil as a makeup cleanser; she applies it to her face using her hands, then rubs it off gently using a washcloth. Then comes African black soap, a natural soap which you can find at any drug store or beauty supply store. “It feels like a soft rock; it has pebbles in it,” Valle says. “It leaves a baby-soft finish.”

Two or three times a week, she’ll use a Queen Helene Avocado and Grapefruit mask. For face moisturizer, Valle uses African shea butter. And if she needs a little pick-me-up, she uses a Mario Badescu spray, which does double duty as a makeup setter. Her go-to lip product is Blistex and she covers herself in Clinique Happy body lotion straight out of the shower.

For her hair, Valle relies on a double-sided bristle brush, which has one firm side and one soft side, and more tea tree oil. Every Friday, she uses Overtone’s Neon Yellow hair conditioner, which simultaneously dyes and conditions. While dying your hair once a week might seem labor-intensive, Valle says, “it’s become a routine and I’m used to doing it since I’ve had short hair for so long.” 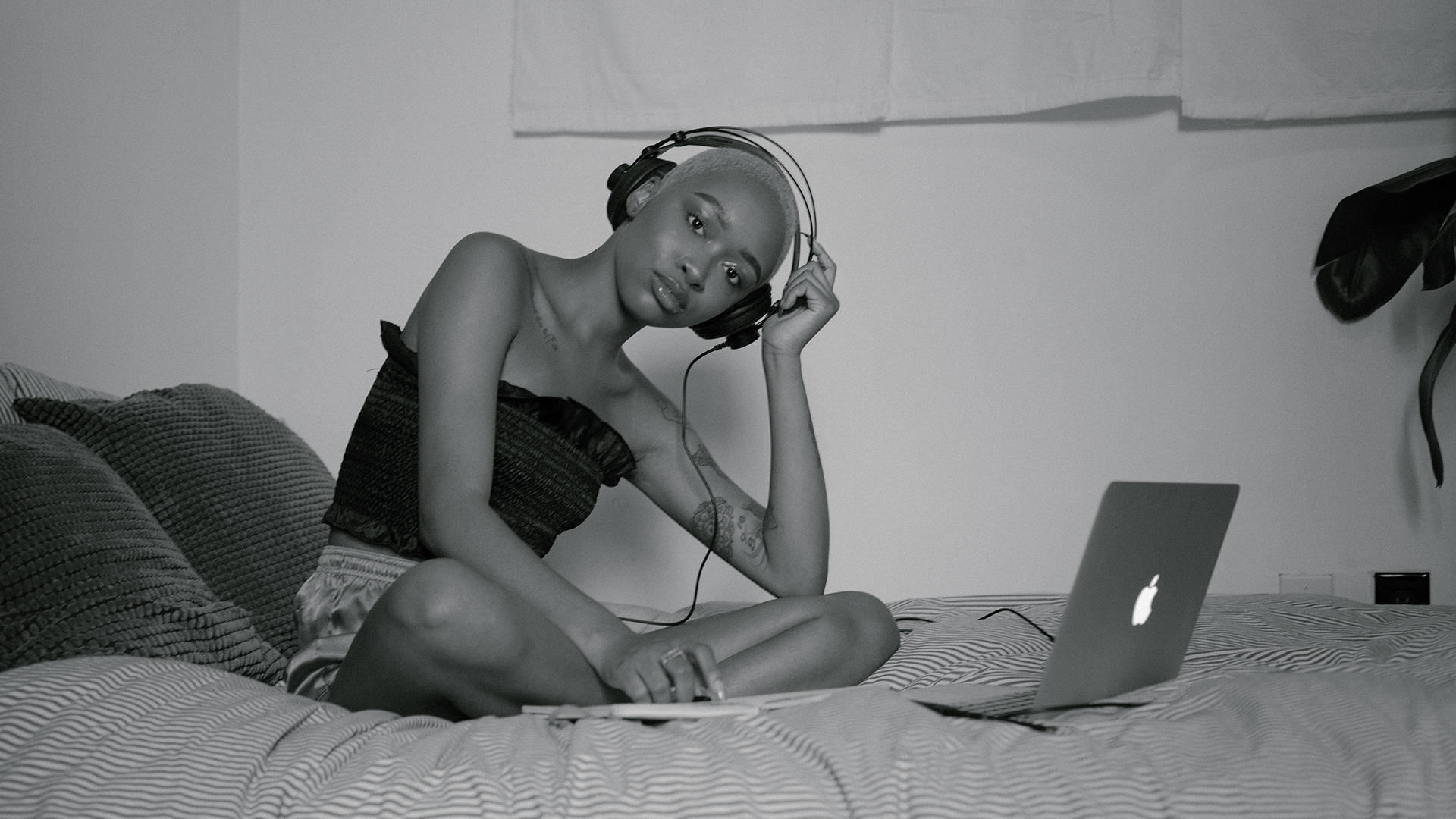 And while neon yellow suits her, Valle’s also tried pink, platinum, black, red, brown, and orange styles, to name a few. “With everything creatively, I feel like we should be more free,” Valle says. “Don’t be afraid to try new things and put yourself out there. That’s what makes it fun for me.”