The Powerful Poem Called ‘Mental Health’ You Have To Read Today

All of the feels. 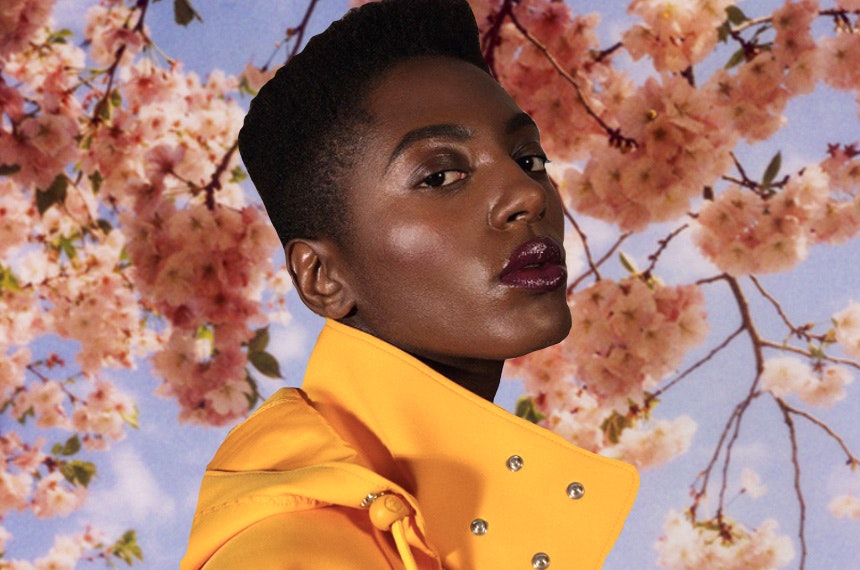 Ward’s simple and sensuous writing has captured the imagination of poetry fans, and average Instagram users alike, with its honest, sonorous portrayals of LGBTIQ sexuality, spirituality and race. September 26 marked the release of bone, the poet’s originally self-published collection, now released through Penguin.

Fellow poet Nayyirah Waheed called bone “a symphony of breaking and mending…she lays her hands on the pulse of the thing…an expert storyteller. Of the rarest. And purest kind.” High praise, but well-earned considering Ward’s vulnerable, haunting and still-relatable style.

Bone explores ideas ranging from heady love, bodies and minds. But especially for us, Yrsa Daley-Ward’s poem “Mental Health” is re-published below. Get ready to feel all the feels.

If you’re walking down an aisle with a
dim, fluorescent hue
by the tinned fish and canned beans
strip lighting above, cracked tiles
beneath
with the realization that most things
are futile
and get the sudden urge to end it all
don’t stop. Call a friend.
Call your mother if you have one
and, if you can stand her,
listen to her talk about the price of
canned fish and tinned beans.
Call the speaking clock. Know that
whatever time it says is the time that
everything has to change.
Leave the damn aisle.
Don’t go anywhere where they sell
sweets, chips, booze,
fast love or lottery tickets.

See that just outside there are people-
lined streets that are emptier than
your insides,
skies darker than your own.
Look for yourself, because it never
helps to hear from anyone else.

If you are one of those “running
around town like mad” people,
people who jump from tall buildings,
buildings with glass fronts and not enough
air
if you are failing to x a broken story
if you have been cooped up for far
too long in a very high tower in a
dangerously low state
plenty of TV channels and TV
dinners. Plenty of biscuits, chocolate
desserts, cake and plenty of wine
but no love for miles and miles

if you did not get up for work today
if it has been afternoon for hours
and the silence is keeping you awake,
if you only remember how to draw
your breath in and out like waves of
thick tar cooling,
if you are wishing it later,
pulling the sun down with your
prayers, leave the damn bed.
Wash the damn walls. Crack open a
window
even in the rain. Even in the snow.

Listen to the church bells outside.
Know that however many times they
chime is half the number of changes
you have to make.

Stop trying to die. Serve your time here.
Do your time.

Clean out the fridge.
throw away the soya milk. Soya milk
is made from children’s tears. Put
flowers on the table. Stand them in a
measuring jug. Chop raw vegetables if
you have them.
Know that if you are hungry for
something but you can’t think what
you are, more often than not, only
love-thirsty
only bored.

When the blood in your body is
weary to flow,
when your bones are heavy though
hollow
if you have made it past thirty
celebrate
and if you haven’t yet,
rejoice. Know that there is a time
coming in your life when dirt settles
and the patterns form a picture.

If you dream of the city but you live
in the country
milk the damn cows.
Sell the damn sheep.

Know that they will be wishing you
well
posing for pictures on milk cartons or
running over lush hills to be counted
at the beginning of somebody else’s
dream.
See, they never held you back.
It was you, only you.

If you or someone you know is in need of mental health assistance, visit this site orthis sitefor access to resources.