Zoë Ligon has been interested in other people’s inner lives for as long as she can remember. And for the past few years, she’s been sharing her home life on her super popular Instagram account, which features bold, sex-positive images of herself in latex and leather, at the gynecologist, doing a full wheel in a strap-on.

These images serve as both marketing for Spectrum Boutique, the online sex toy store she owns, and an articulation of its founding impulse—that nothing’s off limits and, as Ligon says, “there’s no such thing as abnormal.” 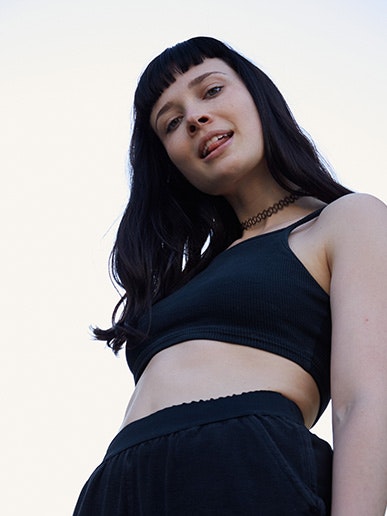 In 2014, Ligon was doing an artist residency in Detroit, having just finished a stint working at legendary sex toy store Babeland in Manhattan, when her father suddenly died. That moment led her to extend what was intended as a temporary trip.

“I didn’t have the bandwidth to deal with all of the grieving I was doing, and I didn’t want to deal with cold New Yorkers anymore,” she said. “It’s changed me radically as a person as far as the way I date and am intimate with people.

“I kind of went from this person who was having a lot of casual sex—not that that is a bad thing—but I was slowing down and for the first time, really asking, ‘Okay wait, what do I want?’”

She realized that one of the things she wanted was to found her own radical, inclusive, social and sexual justice-oriented sex toy company.

Ligon used the money she inherited from her dad’s retirement fund to get it off the ground. “I don’t want to send the message to other people like ‘You can just create a business with cash,’” Ligon says. 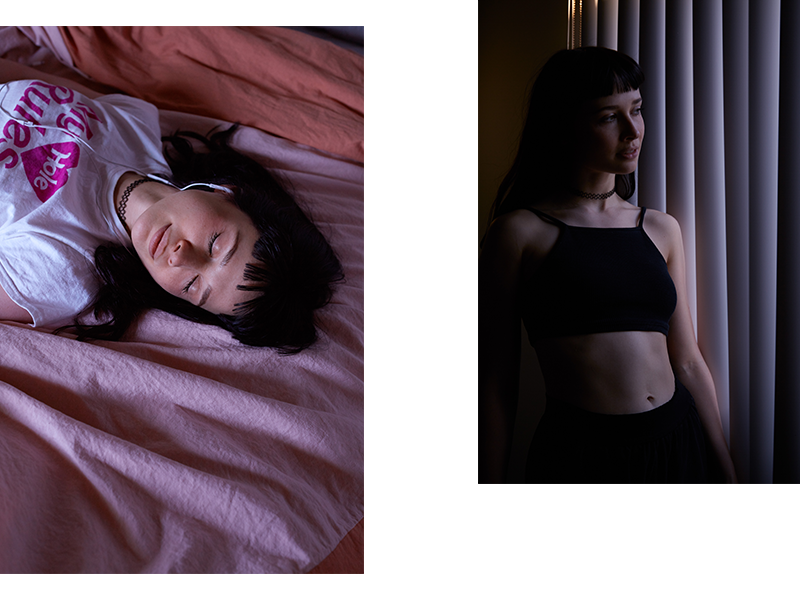 “No, I didn’t have to go through the struggle of looking for loans, which is nearly impossible when you’re a young adult. I have a huge privilege in that sense and it’s such a unique position to be in, since I have this ability to do whatever the fuck I want with nobody to tell me what I’m doing with my message. And, unfortunately, a lot of other toy companies do have a money man at the top that they answer to—even if they’re a feminist company.”

“After the sun sets, it’s time for what Ligon calls some ‘mindful hedonism.’”

Every day working on Spectrum is unique. Ligon often wakes up late, answers emails, runs by the warehouse to check in, fixes problems, and works on the company’s social media. 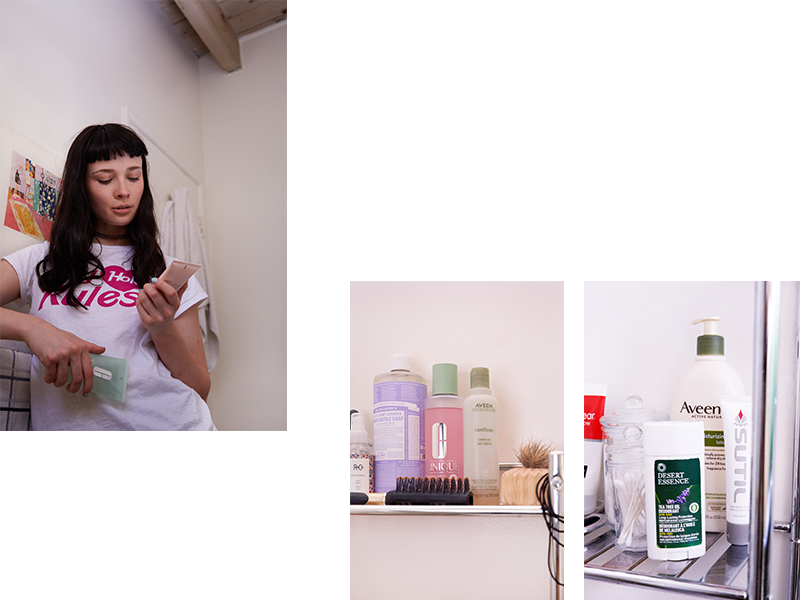 When the workday is over, she does some form of rigorous exercise, like hot yoga. Ligon credits exercise with helping her manage her anxiety and calm her brain. Without it, she says, “I tend to hone in on things to the point that it’s destructive to my creativity.”

Then, after the sun sets, it’s time for what Ligon calls some “mindful hedonism.”

For Ligon, that means getting stoned in the bathtub, going in a sauna, noodling on the creative side of her business, and coming up with little epiphanies and concepts. Chilling way out. Slowing down. As Ligon puts it, “Whatever the fuck I want.” 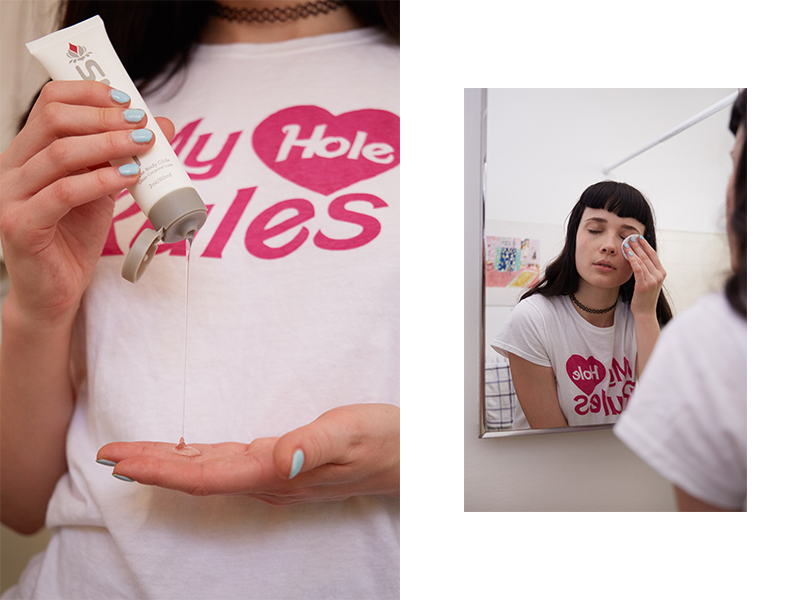 But let’s go back to the bathtub for a second. Cause there’s a lot of good stuff going on in there.

“I’ll usually be stoned in the tub, so I’m feeling all the sensations. And it’s funny; the bath isn’t really a sexual place for me like I know it is for other people,” she says. The bath is a place where Ligon does all her nail care, looks at her ingrown hairs, and makes time to see her body. 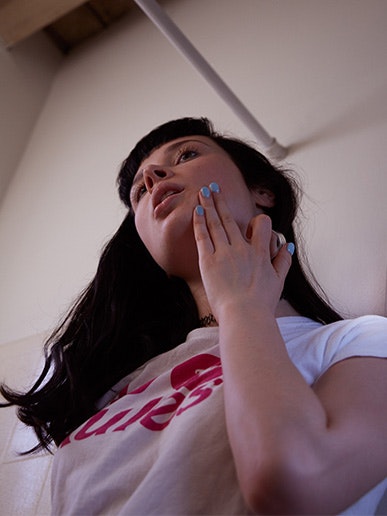 She keeps her product routine pretty simple. She loves Head & Shoulders shampoo and Brocato Vibracolor Fade Prevent conditioner, which she gets whenever it’s on sale at Ulta Beauty. She scrubs off her callouses with little scrubber things. And she’s skin-sensitive, so she sticks to gentle stuff for her body, like Eucerin Skin Calming Dry Skin Body Wash.

Ligon is devoted to Clinique; she uses their 3-step skincare system and make-up products. “I know that they’re not trendy and hip so my local Sephora really downsized their section of Clinique,” Ligon says. “I was just like ‘Uh I know this is marketed toward middle-age people, but goddamnit it’s a fucking miracle.’”

Other natural, lightly-scented products like Desert Essence Deodorant round out her routine. “I just don’t think that like really chemical scents are good for us to be inhaling 24/7. Sometimes essential oils are a little too fragrant too. A light lavender scent is all I really need, if anything,” she says. She uses hypoallergenic sex products too, like Skyn Latex-Free Condom and Sutil Luxe Body Glide Water-Based Lubricant, from Spectrum, naturally.

One of Ligon’s core beliefs—for herself, for her business, and for her followers—is that whatever makes you feel good is right. 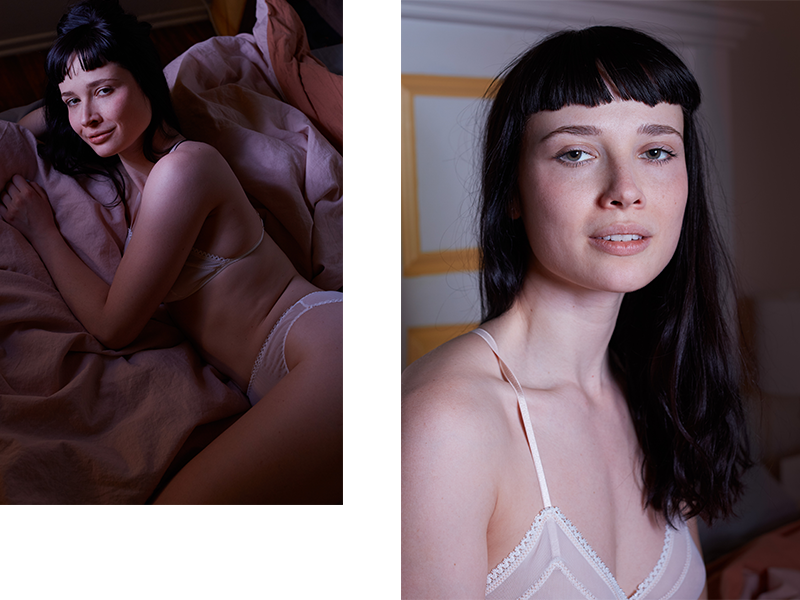 “I’m sick of being told that there’s something wrong with me and all these people are living their lives thinking they’re less than something, when in reality they’re perfect just the way they are,” she says. “We’re on a collective exploration together as a sex-positive community.”