11 Easy Ways You Can Help Out Houston Right Now 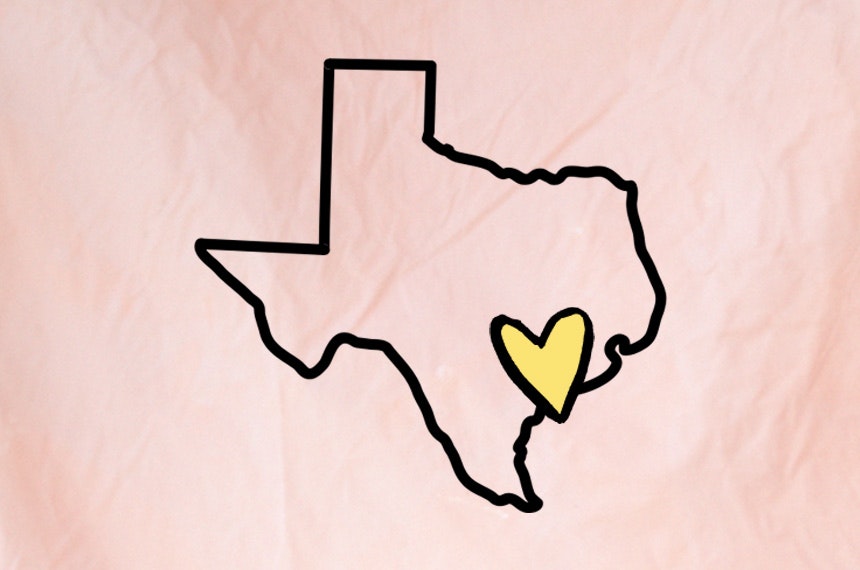 Thousands of people and animals in Texas have been displaced since Hurricane Harvey touched down and dropped over two feet of rain last week. Texas Governor Greg Abbott has activated the entire Texas National Guard since then, and FEMA administrator, Brock Long estimates that 30,000 people may need shelter.

In the wake of a disaster like Harvey, it can be difficult to know just how to help—especially if you don’t live anywhere near Houston. And it’s equally important to know how to avoid being scammed when donating. So if you want to help victims of Hurricane Harvey but you’re not sure where to start, check out these easy ways to show your support.

Every little bit helps right now, so if you can afford it, consider donating to any one of the following organizations.

The Texas Diaper Bank is working hard to provide diapers for both children and adults who have been affected by Hurricane Harvey. According to the organization’s website, Texas Diaper Bank is the only disaster relief program in Texas which specifically focuses on providing diapers to victims of natural disasters.

You can send donations directly to the Texas Diaper Bank’s physical address, or donate online via their Amazon wishlist and/or Jet.com.

Managed by The Montrose Center—which has served as a counseling and community center for Houston’s LGBTQ community for 39 years—the fund focuses primarily on helping individuals and families rebuild their lives after natural disasters. It should be noted that the LGBTQ Disaster Relief Fund offers support regardless of a person’s sexual orientation or gender identity, though.

As stated on their site: “While the Montrose Center will focus primarily on empowering the LGBTQ community to rebuild after the devastating effects of Hurricane Harvey, we serve all people in need regardless of their sexuality.”

Even if you’re not able to give blood right now, you can still help the American Red Cross help Texans affected by Harvey. The organization has put together an Amazon wishlist full of items specifically designated for disaster relief in Texas, which includes everything from disinfecting wipes to hypoallergenic toddler pillows.

Coalition For The Homeless

Coalition for the Homeless of Houston and Harris County coordinates the city’s reaction to homelessness, and provides updated information on shelters with available beds.

The organization also works to support other groups in the area that provide direct services to Houston’s homeless population. If you feel compelled to do so, you can donate as little as $10 directly through the site.

Portlight Strategies works to facilitate projects that help people with disabilities, and this includes post-disaster relief work. According to their site, the organization’s Inclusive Disaster Strategies Hurricane Harvey Disability Hotline has received hundreds of requests from people in need.

You can make a donation directly through the site.

If you’re not keen on donating money, consider donating food. Feeding Texas is a statewide nonprofit that works alongside state and federal relief programs to make sure disasters aren’t made worse by unorganized responses.

According to their site, Feeding Texas coordinates with, “the state and other providers so that relief reaches families quickly and the ‘second disaster’ of an unorganized response is avoided.” But there are plenty of other organizations and food banks that could use your help, too. You can check some of them out here.

Refugees in and around Houston are a vulnerable population within a vulnerable population right now, and they could use your help. Refugee Services Of Houston typically offers resettlement services, English language training, and even refugee cash assistance, but right now their main focus is to help refugees and other displaced persons in Harvey’s path.

You can donate directly through their website, or make a donation via their Amazon client wishlist.

The Animal Defense League of Texas is just one of many organizations that’s been working hard to get displaced pets into foster homes, but what they really need now is supplies. The organization is currently working to bring in pets affected by Harvey, while also providing for animal shelters in Harvey’s wake.

If you’re located in or near San Antonio, you could consider making a drop off. Among other things, the organization is currently requesting items like towels, flat sheets, and pet enrichment toys. Otherwise, you can donate directly through the Animal Defense League’s site, or check out their Amazon wishlist.

Amazon Smile is particularly great for anyone who’s struggling to pay their own bills, but still really wants to help out Houston. For every eligible order you place through Amazon Smile, the site will donate five percent of your purchase price to the charity of your choice.

So you could literally help out flood victims by spending money you would already be spending on everyday necessities.