Home / Read / Why The Woman Behind ‘Slutever’ Wants... 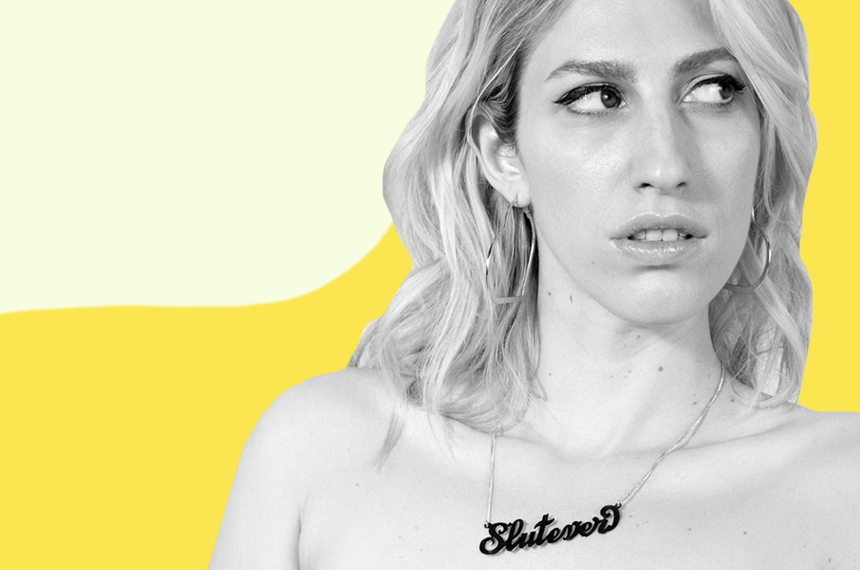 Karley Sciortino is not here for society’s slut shaming. In part because the word, as she puts it on this week’s episode of Girlboss Radio, is deeply inaccurate…

“The term is thrown around so liberally in our society that it’s gone rogue; women get called a slut because they’re just openly sexual, because they talk about sex, because whatever,” the author and sex columnist says.

But it’s also because Sciortino identifies as a slut, which, to her, means “being a person who seeks out visceral experiences through sex, who sees sex as something that’s positive additive to their life and just something that they want to explore and have curiosity.”

It’s an idea that’s had some serious resonance since Sciortino left behind her strict Catholic upbringing in upstate New York. For six-plus years, she toughed it out as a freegan anarchist in London who drew her makeup on with a Sharpie, before launching Slutever as a blog in 2007 so she could practice writing.

Fast forward to 2018 and Sciortino is the author of the newly released book Slutever: Dispatches from a Sexually Autonomous Woman in a Post-Shame World, as well as the producer of a new video series on Viceland, also called Slutever.

“Within the feminist movement, there’s been a divide for a long time about what should be done with the word ‘slut.’ Some people argue that we should eradicate the use of the word altogether because it links women to their sexual relationships to men, and because it’s a way that women have been put down for a long time.”

On sex work and exploitation:

“Of the jobs that I’ve had that I felt exploited in, none of them were for sex work. The times I’ve done sex work have been some of the most well-compensated jobs I’ve ever had. Also, I was my own boss, I was able to go in and say ‘This is what I want to do. This is how much I want to be paid. This amount of money is not enough.’

“Whereas if you’re a waitress or if you’re working in the media, like when I started out and I was a freelance writer, I was being offered 50 bucks to write an article that would take me a full day. That’s when I felt the most exploited.”

“I think there’s a huge stigma around any type of sex work. Often because it’s not analyzed beyond just, you’re a sex worker, they’re tragic. This is just an assumption that we live with and we accept because we never even stop to consider the alternative for anything.

On the most surprising sexual behavior from her Viceland show, Slutever:

“The craziest thing is that these toys, these books, and these fantasies are primarily being marketed to and sold to women.”