Home / Read / These Leaders Are Going To Change... These Leaders Are Going To Change The World, According To Ericka Hart

Activist and world-renown sexuality educator Ericka Hart wants you to know there’s no such thing as the “current political climate”—systemic oppression is same as it ever was. But she’s identified 10 leaders that are poised to incite change.

“My little, tiny country on planet Earth was founded by Indigenous people. But then another group of people wanted to escape control from their country, so they came to our little, tiny country and killed the people who were there, so that they could impose their views and cultural norms.” So begins the story of America, as told by Ericka Hart. 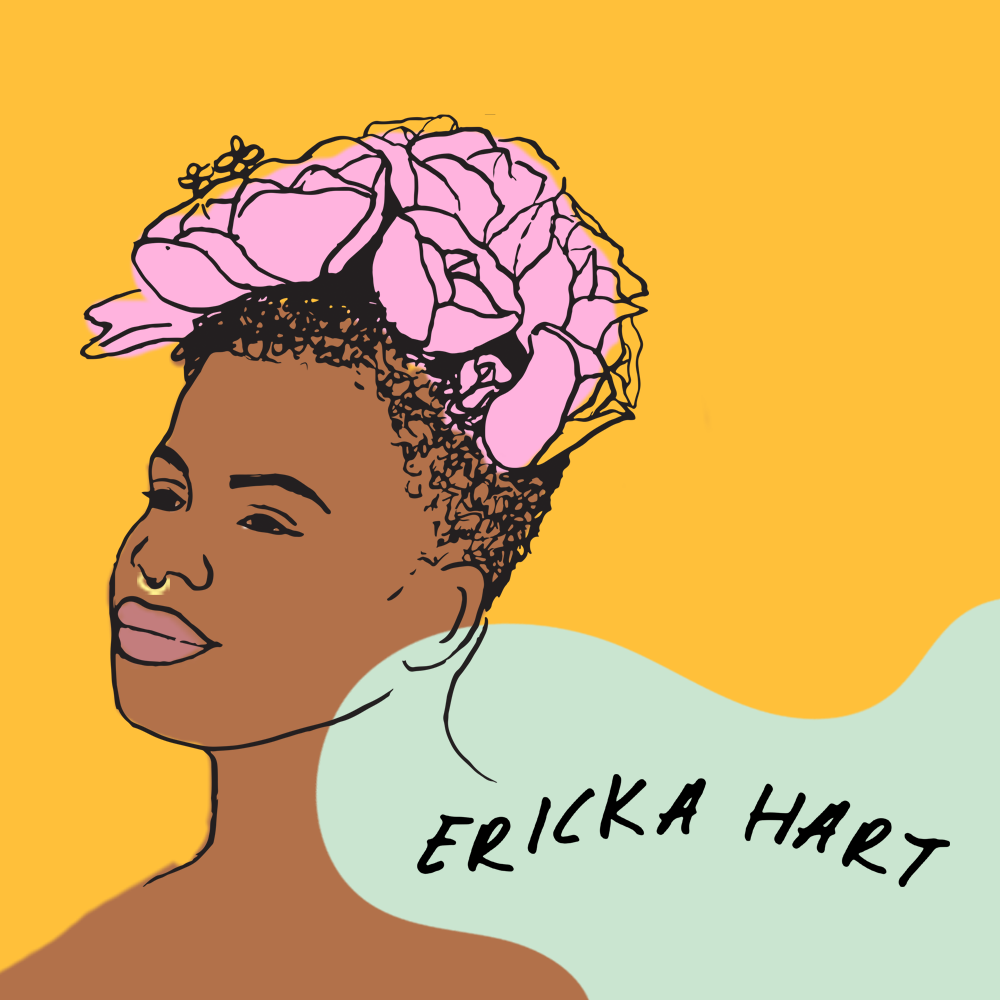 Ericka is a world-renown sexuality educator, spurred to action by her time in Ethiopia working as an HIV/AIDS volunteer for the Peace Corps. She describes herself as a “kinky, poly, activist.” She is a performer, an advocate, and a cover girl many times over. And she is a survivor.

Diagnosed with bilateral breast cancer in 2014 at the age of 28, she is presently leading a conversation around the ways in which our systems are failing Americans like herself, a queer black woman, after her experience in treatment revealed a systemic refusal to acknowledge identities that vary from the cultural norm.

Her telling of America’s origin continues thusly: “When these people from the other country realized that they needed help building things and learning the land they stole from the people they killed, the founders started stealing people from another continent, bringing them over in ships like chattel. Those people were enslaved and forced to build a country for other people for 400 years.”

These are the pillars of the narrative that Hart works relentlessly to ensure are not forgotten. “So much history has been distorted and covered up,” she says, “that people think that there is a ‘current political climate’ and that it’s not just the same conditions that persist, but have been disguised as progress.”

What would Hart’s “Dream world order,” look like? Girlboss asked her to imagine what the country’s leadership could look and sound like, if our representatives emerged from the multitudes heretofore banished to subculture—not because it is their responsibility to educate, but because these are the individuals relentlessly surviving—making themselves heard, despite long-standing efforts to silence them.

Black History Month may be over for 2018, but our future is being written in the present actions of people like these. Below, Hart elaborates on her “Dream world order” cabinet:

Lorelie is New York City’s go-to figure model and artists. She stumbled upon figure modeling after years of questioning if modeling was for her. She has worked her butt off to sit in poses for longer than humanly possible, while overhearing microaggressive comments about her black body. She is an angel and with just a glance at her Instagram, you will notice that you are in angelic presence.

Jewel lives up to her namesake by being the voice of the black liberation movement. Her work in and outside of Black Youth Project 100 has been widely recognized. She recently protested at the J Marion Sims statue in Harlem wearing a hospital gown, to illustrate the pain that Sims caused to black bodies. She also teaches self-defense classes to black and brown youth of all ages.

Ashleigh is the voice of the fat activist movement. Their work is groundbreaking and disruptive to the mundane, white-centered direction that body positivity has moved in. They have recently created The Fat Census, which is a log account of the experiences of fat people and how they exists in their bodies.

Secretary of the Sisterhood: Elle Hearns

Elle’s love for and devotion to the freedom of all black people everywhere has been the driving strategic force for the seminal movement of our time. I’ll repeat that: As co-founding member of the Black Lives Matter global network and co-founder of the Marsha P. Johnson Institute where she serves as executive director, Elle helped build the Black Lives Matter movement over four years, taking a hashtag to the actual communities impacted.

Redeeming Geminis everywhere, Elle is literally one of the coolest people I know, has a cute dog, and her outfits stay fly!

General Of The Resistance: Aaryn Lang

Aaryn is an activist and TV show host working towards the liberation of black trans women. She was one of the leaders who organized with Black Lives Matter to demand justice in Ferguson, after the murder of Mike Brown. She has been featured in countless publications including, Mic, Buzzfeed, VerySmartBrothas, PBS First Person and much more.

Zuri is a social worker, sexuality educator, designer, animal enthusiast, and roller derby genius. Zuri combines her love for roller derby with educating the folks around her about gender, such that roller derby may be a more inclusive space. Zuri is a WoC leading this conversation in a white-dominated space, and it is far from easy. She has created a fashion line of gender affirming clothes, called The Fold.

Lavender is not your teachable moment

Hailing from Brooklyn, NY, Lavender makes it very clear that she is not to be forgotten whenever she is in your presence. She shares her experience of coming out with large bodies of people whenever she has the opportunity, and uses Instagram to raise awareness about kink and gender, and to express her own desires. She’s under 25 in Western years, but not in spirit.

Eva is a non-binary femme who looks like they were made of essential oils and crystals. They are a licensed social worker and healer, and use their gifts to make a difference for people of all ages—but especially black and brown young people. They use their Instagram often to talk about whats happening with the planets, and to read tarot.

Cynthia is probably the smartest person I have ever met. A leader in bridging the gap of science and racial justice, she has worked all over the world and in the movement space, raising our consciousness of what is in the environment and how that directly impacts the most marginalized among us. She just recently wrote an article, “The Future of Science is Black,” for Vice, and it is a must-read.

Ashley is a human who will check on you because you are spiritually connected and she knows you need to take care of yourself (she does this for me all of the time). Ashley does not work in finance; she is actually a leader at the Department of Health in New York City, leading the very nuanced conversation of reproductive justice. She is also profoundly connected to reality, and thus numbers.