Home / Read / How To Turn Your Personal Struggles... How To Turn Your Personal Struggles Into Your Biggest Breakthrough Moment

Here’s a secret: If you want to be the next great CEO, your best asset may be your conviction to fix your personal issues. The Flex Company founder, Lauren Schulte, struck inspiration in the most unlikely of places; her chronic yeast infections.

Before I founded The Flex Company, I envisioned myself building a business that would help millions of women feel more self-love. But inside, I was plagued by my own self-doubt.

Like most people, I’d never been a founder or worked at a startup. I had no experience designing or manufacturing products. I just had a very real problem that I faced in my own life and the conviction that I was not alone.

A few years ago I learned that the “modern” applicator tampon was invented in the 1930s by a man. Menstrual cups seemed new, but they were invented in the 1930s, too. This is the same decade that brought us the ballpoint pen, the electric pinball machine, and the Volkswagen Beetle.

I discovered this while living in San Francisco, a place where people seriously discuss colonizing Mars over brunch. Technology has come so far, yet we’re still using the same period product that our great grandmothers used.

What got me thinking about period products was a big problem in my own life. Every month following my period, I’d get a terrible yeast infection. For more than 10 years of my life, my vagina was out of commission for 50 percent of the time.

I’d tried just about everything to cure my yeast infections. I switched laundry detergent, stopped using soap, became a vegetarian, took probiotics, guzzled kombucha, and adopted granny panties full-time. Nothing worked. I blamed my own body and resolved to take a fluconazole pill—a prescription drug that kills yeast inside of your body—each month.

One day an exasperated nurse practitioner refused to refill my prescription. Apparently the drug could create other long-term problems if I took it regularly. I was in tears, but she promised to refill it again after I’d quit tampons for good.

The nurse told me that tampons were disrupting my vaginal pH each month, which was the underlying culprit of my infections. It didn’t matter that they were organic. She told me that the absorbent cotton was to blame.

“Certainly someone somewhere has solved this problem,” I thought. I ordered and tried more than 30 period products from all over the world, only to discover that they were largely the same products made by a handful of manufacturers, re-packaged and rebranded by different companies as “new.” 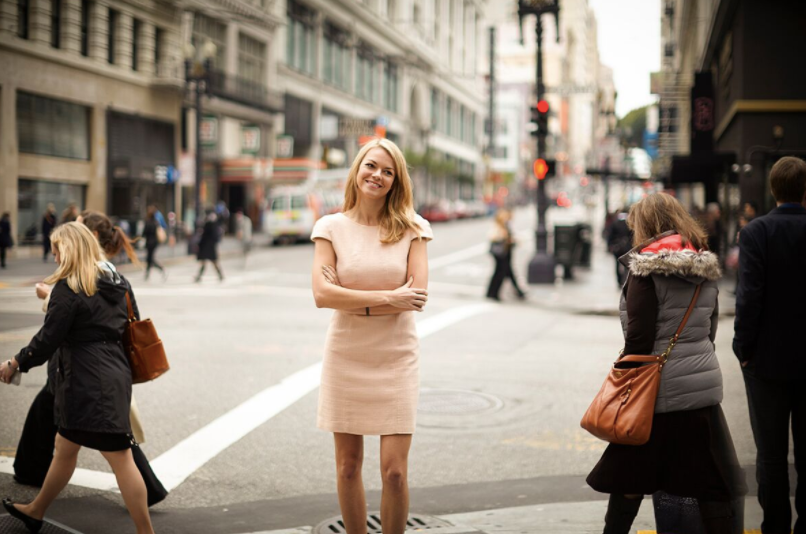 I found the menstrual cup really difficult to insert and remove, and if I didn’t sanitize it well (a.k.a boiling it on my stovetop), it triggered my yeast infections again.

After speaking with hundreds of women, I realized that everyone thinks their period is uncomfortable and  our discomfort is unavoidable. But I firmly believed that if we used a period product that was actually designed to solve our major problems (leaking, cramping, bloating, smell, frequent changes, infections), we wouldn’t dread our periods.

Over the next two years, I built a team and we developed our own period product, a menstrual disc named FLEX. We’ve been shipping a little over a year and I haven’t had a single yeast infection.

We’re living in a time where women are starting companies at an unprecedented rate and we are crushing it. A recent study in the Harvard Business Review found that female CEOs outperformed their male counterparts 63 percent in terms of returning value to investors.

So I challenge you: Think about the problems you face in your life.

Is there a product you use on a regular basis that you don’t like? Do you ever find yourself thinking “If I designed this, my life would be a lot better? Do I have unique insight into the problem that others might not have?”

If you answered yes, talk to other people and see if the problem is big enough to pursue.

If it is, you can start building something that will positively impact millions of people. You could even be the next great CEO. We’re waiting for you.