Presented in partnership with Google Play, these women embody the ethos behind “Change the Game,” an initiative designed to empower women as players and creators in the realm of mobile gaming. The fascinating tales within this series aim to do much the same—honor the game-changing women who helped shape herstory, but for whatever reason, have been largely left out of its textbooks.

On a publicity tour for a hot new game in 1977, the “Gremlin Girls” arguably became the first professional video game players ever, tearing up virtually every competitor they came across.

Long before anyone was wasting hours of their day playing Snake on their Nokia phone circa the early 2000s, two young women by the names of Sabrina Osment and Lynn Reid were absolutely crushing Snake. Except it wasn’t called Snake, it was called Hustle. And Osment and Reid were hustlers if there ever was. 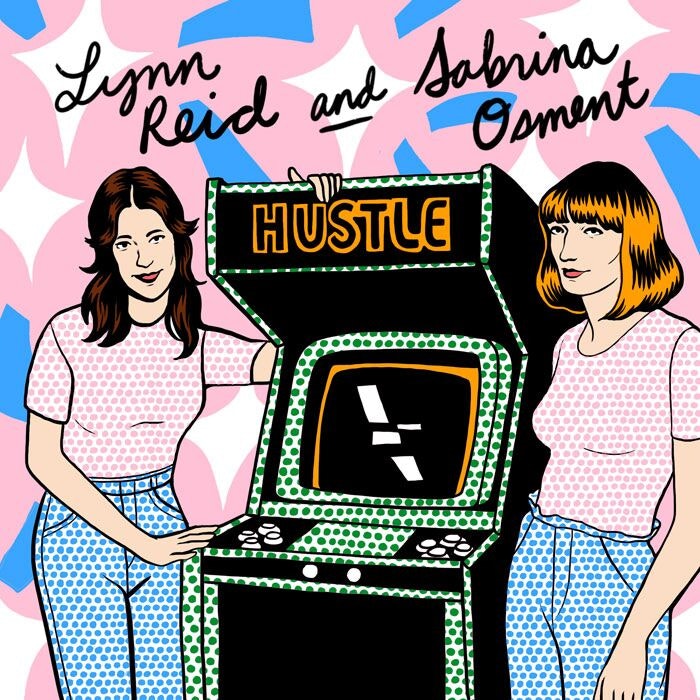 The year was 1977, and a San Diego video game company called Gremlin Industries had started to make some waves with a multiplayer game called Blockade. But after overshooting demand, Gremlin was left with an abundance of cabinets and monitors. Their solution was to roll out a series of arcade games that were variations on the same theme—the idea of a snake eating things and getting longer is a resonant one, even today. Shout out to Slither.io.

The company’s marketing plan for the new game, Hustle, was certainly inventive for the time: Gremlin enlisted Osment and Reid to go on a 19-city tournament style tour with the arcade game, during which players could challenge them for a chance to win money. And victors would come away with some legit bragging rights, too, because as it turns out, these so-called “Gremlin Girls” were really freaking good at what they did.

Any challenger was required to beat the girls two out of three times in order to declare victory, and they were given a crisp $100 bill as prize money. While there is some discrepancy over exactly how many challengers they faced, the general consensus is that they faced down somewhere in the neighborhood of 1,300 opponents, and were beaten a mere handful of times—one arcade historian places that number at 7. Based off those numbers, that means that across cities in the US and Europe, gaming buffs of that era had approximately a .005 percent chance of beating these gaming wonder women.

“…gaming buffs had approximately a .005 percent chance of beating these gaming wonder women.”

Considering Osment and Reid were the first-ever professional video game players (male or female), there’s incredibly little documentation of how exactly they were discovered by Gremlin and what they went on to do after the Hustle tour. But it’s easy to imagine what they must have represented to girls interested in gaming at the time:

Here were two vibrant, confident young women, dominating in a field that never explicitly invited them in. Here were two pioneers, swiftly dispatching challenger after challenger, who no doubt underestimated their skill, all the while looking effortless cool doing it.

Seriously, if someone can find me a vintage Hustler t-shirt like the one Osment is wearing in this pic, hit me up. Here were two women taking a job that valued them as objects of novelty and sexuality, and responding with a symbolic  “Come at me, bro” beat down almost every single time.

A 1982 study conducted by sociologist Sidney J. Kaplan and published in The Journal of Pop Culture placed the percentage of female gamers at 20 percent. Nowadays, it’s estimated that the ratio of female to male mobile gamers is about equal, and the lineage of professional female gamers has only grown more robust. Do you play MakookyWorld? Super Mario Run? Then you’re part of this story, too.

And there’s room still for more women and girls in games. Actually, there’s infinite room, a possibility set in motion in part by the Gremlin Girls, the OG “hustlers” of their field.