I Sought Inner Peace Through 6 Kinds Of “Alternative Yoga.” Here’s How That Went.

This summer, I woke up every single day feeling stressed out of my mind, and I slowly sunk deeper into a state of depression. I needed to learn how to chill, fast.

I’d dabbled in yoga, but I never committed myself to a single studio because the connection was never right. But what I discovered as I made a renewed effort to ~center myself~ is that there are so many different types of yoga classes on the market nowadays—some of which seemed like a little more of a stretch (#puns) than others.

Determined to find a studio that would be the best fit for me, I decided to enroll in a variety of yoga classes at six studios in New York City, hoping to find inner peace in the process.

Here’s what I discovered about the benefits of the so-called “alternative yoga” trend, and a few recommendations for the curious. 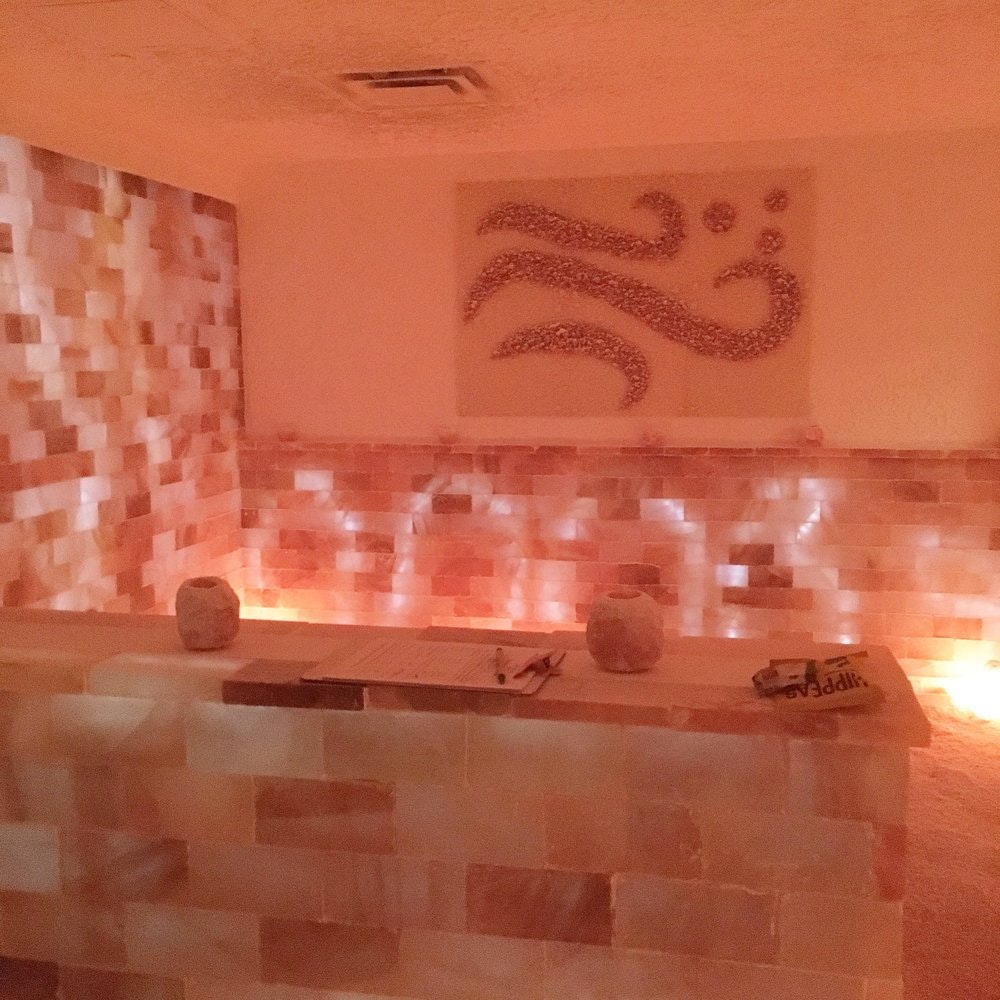 A few days before my first class at BREATHE, I was an emotional wreck.

For years, salt rooms have served as a form of natural therapy for many people. Dr. Ryan Neinstein, a plastic surgeon MD FRCS explained that salt therapy started in Russia “for the treatment of various pathological conditions” and that ”artificial salt caves allow inhaled salt to enter the respiratory system which decreases inflammation, dissolves mucus, and makes breathing easier and faster.” Additionally, salt rooms can treat skin conditions like eczema and psoriasis, and help people with sleep apnea and joint pain.

My salty yoga class consisted of a 45 minute vinyasa practice followed by a 10 minute meditation. While balancing on the mats was a little trickier than normal in a salt-lined room, the biggest challenge for me was getting used to the salt itself. It’s distracting enough when salt dust spreads on every inch of your exposed flesh, but it takes a few minutes to adjust to breathing it all in.

Even though I couldn’t get the taste of salt out of my mouth for a few days, I felt really revived and energized from this form of yoga. Neinstein also told me that “when combined with exercise like yoga, salt therapy can improve the outcome of the exercise by helping deliver more oxygen to the muscles.” As I dive deeper into the world of wellness, I plan on implementing more salt into my monthly rituals.

I’m a lover not a fighter, so boxing has never really piqued my interest, but I’d be lying if I said I’ve never experienced the urge to punch someone in the face before.

Box and Flow is the perfect combination of intensity and chillness. The first part of class consists of a quick warmup, and then you go straight to the bag. From there, you partner up with someone else and take turns wailing on said bag.

Interacting with other people—especially in a class setting—is something that I hate doing, but I took this as an opportunity to master that whole “go with the flow” thing that’s so important in yoga. And it really wasn’t so bad; you’re just holding the bag for the other person and not talking, really.

Once that segment is over, you finish the class by cooling down through a vinyasa flow. You would think that your body would be ready to check out after all of that intense cardio work, but transitioning into yoga afterward is the best way to stretch out the muscles you just activated.

I have pretty much ZERO upper-body strength so this class provided a great mix for someone like me. When I can make the time, I will definitely be back.

I am in no way a trap queen, but I can’t deny that trap music gets me in the zone when I’m working out. But listening to it while trying to reach a meditative state? Seemed dubious. Still, I cancelled all of my plans on a Friday night to see it through.

I was made aware beforehand that by going into this trap yoga class, I was signing up for the “ultimate lituation” that would be nothing but “pure littyness.” However, I left the makeshift studio in Harlem with a newfound confidence in myself.

I honestly wish that this Oakland-based, certified yogi Britteny Floyd-Mayo (a.k.a. Trap Yoga Bae) could be my life coach, because her empowering #RachetAffirmations are literally everything.

I have a tendency to roll my eyes when instructors start preaching about inner peace and whatnot, but Yoga Bae was not on that wave. Instead, she would curse and crack jokes while giving us the real talk that we might not have wanted to hear, but clearly needed to, whether it was being told that loving yourself is not an act of selfishness or having the courage to say no. Her commentary was often laced with sexual references.

This was the first time I was completely surrounded by women of color in a yoga class. Not only did it feel good to twerk beside each other while going through the Vinyasa style practice, but we were developing a connection to one another.

It’s a phenomenon that I had never experienced in any other yoga class and it really warmed my heart to see that this community of yogis exists. I would attend these classes every single week if I could.

The irony of taking a “hip-hop yoga” class is never lost on me when I enter a space that is filled with white women, but I managed to shrug it off as I flowed through the Vinyasa sequences at my own pace within the dark, candle lit studios. It’s frustrating, but at the end of the day we are all here for the same reason—to unwind, lose ourselves in the music, and loosen up a bit.

I hate sweating—and hot yoga—but sometimes you really need to ooze all of the toxins out of your body. Waking up at 7:00am was a struggle, but getting out of bed is the first step toward success, right? The fact that I made it to the Upper East Side studio was a victory in itself, but I had bigger goals on my mind—I wanted to stay in the room until the very end. The last time that I went to a hot yoga class, I nearly passed out because my body got too overheated.

It paid off in the end. I felt pure after sweating all of my troubles away, especially after hitting the shower when the class was over. Y7 is one of those places that is the most effective for me mentally when I visit in moderation, so I’ll be dropping in once a month for a proper cleanse. My body is truly better for it. 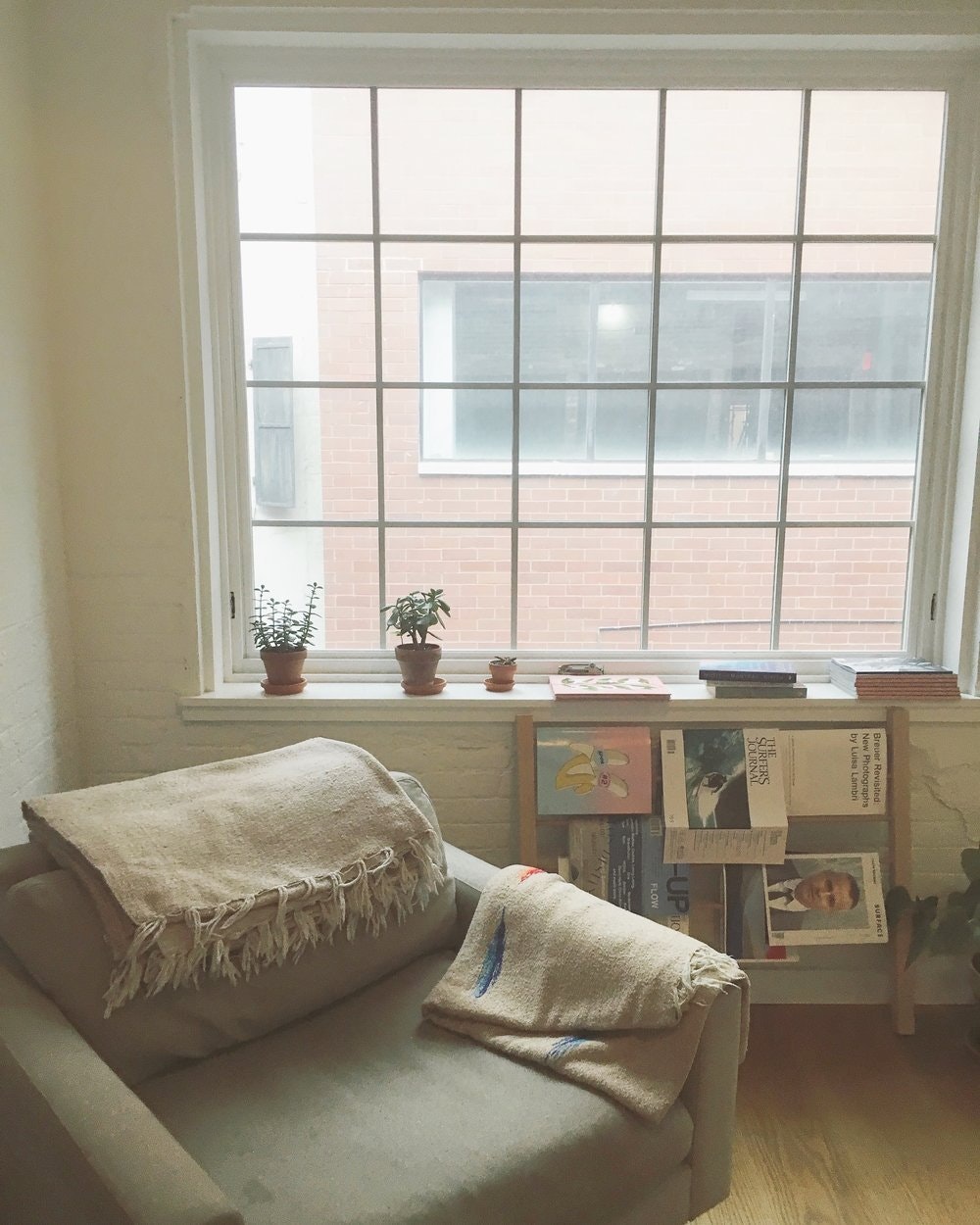 The morning that I went to Sky Ting Yoga for the first time, I fully intended on having a nice, calm day. However, that is not what the universe had in store for me. Instead, I was met with catastrophic delays on the subway that lead me to power walking to my class last minute.

Everyone in my class was either wearing Outdoor Voices or Lulu Lemon so I felt like I was being initiated into New York’s cool, downtown girl crowd. (I like to wear Varley, in case you were wondering.) This studio has multiple locations, but the one I went to in Chinatown is so cute that it looks like it could be a concept store.

The classes are held upstairs in a loft studio that is minimally decorated with big plants, a giraffe stuffed animal, and LGBTQ flags. There is also a huge window that overlooks the Manhattan Bridge which made me feel more like I was going on a fun retreat. Throughout the class, we listened to modern feel-good music like Kendrick Lamar’s “L.O.V.E.” featuring Zacari and Blood Orange’s “Champagne Coast.”

The instructors have lowkey demeanors and slowly go through each pose—it feels more like you’re doing an endless seam of stretching. Sky Ting prefers to “cross-pollinate” different types of yoga so the practice is a blend of Katonah Yoga, Taoist, Hatha and Vinyasa. There’s also a strong emphasis on meditation and maintaining control over your breath which is useful for your everyday life outside of the studio.

From start to finish, the pace of this space is relaxed as it offers a constant stream of chill vibes that I still can’t get enough of it. This is the energy that I long to be immersed in at all times.

The last place that I tried was New Vibe Yoga which offers Ashatanga. By far, this was the most traditional Vinyasa practice that I have ever experienced. The classes are challenging but rewarding—I pushed myself to keep going through all of the various salutations and postures, and in return witnessed the power of my own physical and mental strength.

There were only three other people in my class so my instructor was extremely hands-on with corrections, suggestions and additional assistance. I really appreciated the extra attention I received at this studio. There’s no doubt in my mind that I need every pointer.

The next day I was so sore that it hurt to move my limbs, but I survived the class and that’s what matters. (You can’t spell Mysore without sore!) I can tell that this class would likely have a bigger impact on my yogi abilities in the long run and when I am 100 percent ready to commit to a system with a more rigorous structure like this, I will return.

For now, I think I’ll stick to the more mellow styles—this place is the real deal though so if you’re looking for some SERIOUS yoga, head straight here.