We Need To Reject The Notion That You Should “Do It All” By Age 30. Here’s Why.

It’s an interesting time, your 30s. I recently turned 34 years old. Though I never had a plan for hitting specific milestones before the end of my 20s, my life sort of played out that way – to outsiders looking in, anyway. It looked like young success. (Funny how those words seem synonymous sometimes, huh?)

I launched a successful online brand, Nasty Gal. I got married in the public eye. I bought myself a house. I made it onto the cover of Forbes. I did all that stuff. And then I undid some of it. Or maybe the universe did that. 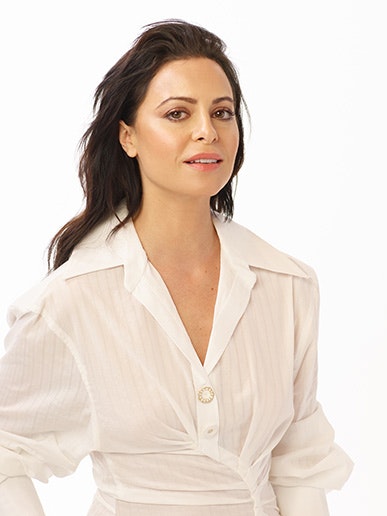 By the time I was 31, the company was bankrupt. I was also divorced. And I was left wondering whether I was suddenly “damaged goods.” Was I now going to be undateable? Was this professional failure going to be a mark on my permanent record? Hell, are you only impressive when you’re in your early 20s? Had I peaked?

It’s hard not to have these kinds of thoughts when we live in a world that celebrates young women and every foxy babe in a movie seems to be somewhere between her late teens and mid-20s.

Recently, as a part of SK-II’s #INeverExpire campaign, I sat down with Elaine Welteroth, Aimee Song, and Lauren Abedini to discuss the pressure women feel to achieve certain things by a certain age. After years of trial and error, I’ve learned that you don’t always know where you need to be until you let life lead you there.The path may not always seem clear or even productive, but if you have the wherewithal to piece things together, you can find yourself on the journey. I know that women who sat across from me during that SK-II roundtable, discussing the #INeverExpire message— Elaine, Lauren and Aimee—feel exactly the same way.

I think the feeling that you’ve “expired” or “peaked” is a dangerous thing to tell yourself because it gives into outside expectations of what you should be and when. All of our hurdles lead us somewhere new, and now, I don’t worry about any timeline society tries to force on me.

I feel freer these days to make my own decisions, about my relationships and about my future. Which is why I recently decided to have my eggs frozen. Women in their early 30s these days aren’t thinking, “Oh my gosh, my fertility.” Increasingly, we’re thinking, “Wow, I want to have choices.” I did a blood test and was told I had “advanced maternal age.” Being told your ovaries are in their 40s before you are? It’s a scary thing. For some people, that means you’re done. There are no eggs left. And for me, there are still a few. So, I’ve frozen what’s left.

I hope it works out. It’s freeing to feel like you have choices. But I understand that biology and health are one place where those options can fall through the cracks. It’s not dissimilar to the way I watched my company go bankrupt even while it felt like we had endless options. Nothing, in life, is certain.

Having been through so much, with so many things that have slipped through my fingers, I’m still optimistic. But I don’t feel like I have anything in the bag until the signature is made, the money’s wired, the test reads positive, and the deal’s done.

That’s the most important wisdom I’ve gleaned from getting older and richer in experience. I’m savvier, more confident, and can move through the world at my own pace. Who knew?

As told to: Theresa Avila