Home / Read / Reflecting On Charlottesville, “BlacKkKlansman,” And My... Reflecting On Charlottesville, “BlacKkKlansman,” And My Own Brown Skin

Earlier this week I went to see Spike Lee’s latest film,BlacKkKlansman(in theaters officially starting tomorrow). It’s based on the true story of a Colorado Springs police officer, Ron Stallworth (the first black man to do that job in that city) who went undercover—over the phone, with the physical help of a white colleague—as a card-carrying member of the KKK. In the process, he built a relationship with the hate group’s leadership—all the way up to David Duke.That really happened.

The story is incredible and powerful, the scenes of hate-mongering and violence are shocking, and the performances are compelling (Laura Harrier, you are a revelation; and John David Washington, I love you on Ballers, but you are so much more). But watching the story unfold, it’s easy to relegate it to the past. It’s a ‘70s era period piece after all. The hair, the clothes, the language—all of it signifies a bygone era, for the most part. So, it’s easy to feel relief when the plot elements wrap up, to even laugh a little bit at the moments of levity and humor Spike Lee throws just before the end of the film.

Except that this isn’t a story from the past.It’s the story of our present, in many ways.

I walked out of the screening in tears, visibly shaken, and a touch embarrassed about having such a strong reaction to a film in a public, professional setting. And that had nothing to do with plot. It was about the scenes from last year in Charlottesvillethat Lee strung together at the close of the film. An in-your-face reminder that hate is alive and well today.

Related: I can’t stop thinking aboutthis research-driven piece Ezra Klein wrote last weekabout the state of racism today—how present it really is, what fuels it, and how demographic change impacts it. Please read it if you haven’t already. 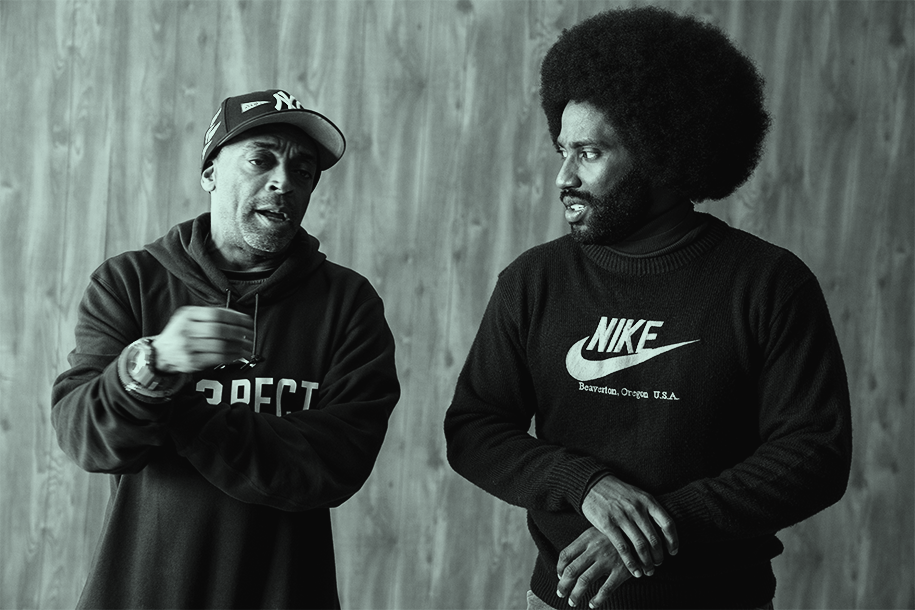 August 9 2018 marks the one-year anniversary of the racist, white supremacist demonstrations and violence in Charlottesville, VA.This VICE News videofrom last year explains the mindsets of the men and women responsible, and is worth rewatching today. One woman, Heather Heyer, was murdered, and 35 others were injured. This essay from her mother, reflecting on the past year and the responsibility she feels to carry on Heather’s fight against hate is pretty powerful.

I’m not convinced that the hate that led to violence in Charlottesville is particularly different from what went on in the ‘70s or in this movie. I’m not entirely convinced people are changing or becoming more accepting of one another (just watch an episode of Sacha Baron Cohen’sWho Is America, if you don’t believe me).

It’s disheartening, and it’s left me feeling hopeless. If I’m honest, it sometimes leaves me feeling unsafe in my brown skin when I’m in unfamiliar spaces populated largely by white men. That may not be fair, and perhaps it’s more symptom of how rarely I find myself in truly homogenous crowds these days.

“It sometimes leaves me feeling unsafe in my brown skin.”

In those moments, I try my hardest to check my own biases and prejudices, but the feeling of fear is real—and worth acknowledging. Because what I know is that I have a slew of privileges on my side, and my fear is likely fleeting, and rarely indicative of real danger. But for many people living in communities that don’t welcome them (like the one in Kingman, AZ, featured in Who Is America), without the privilege of a job that gives them a platform and amplifies their voice—or socioeconomic status that gives them power—fear isn’t fleeting. It’s a way of life. Intolerance is something to live with and work around. It’s something that defines the boundaries and corners of life’s choices in subtle, subconscious ways.

There are only two ways forward, I suppose. First, to make change locally—both literally, in our lives and families, and more broadly in our communities—leading with compassion and attempting to create understanding among people we disagree with, while also showing up and volunteering for and donating to the local causes that line up with our values.

And second, by showing up and voting for the types of elected officials who represent our values. This week, when I was feeling dark and disappointed, so many others were going out and casting their ballots. And suddenly, after the primaries and special elections on Tuesday,a record number of women are major-party nominees for congressional and gubernatorial seats.  Which is pretty cool.

Because a lot of those women, like Stacey Abrams in Georgia (my home state) and Alexandria Ocasio-Cortez in New York (my adopted home state) do seem to share my values—and do seem to be opposed to the type of hate we’re talking about here.

And the fact that major parties are nominating these candidates based on a mandate from their communities feels promising. It doesn’t mean that other people who disagree with them aren’t feeling left out or left behind and reacting with hate, but it does mean that perhaps those people are in the minority.