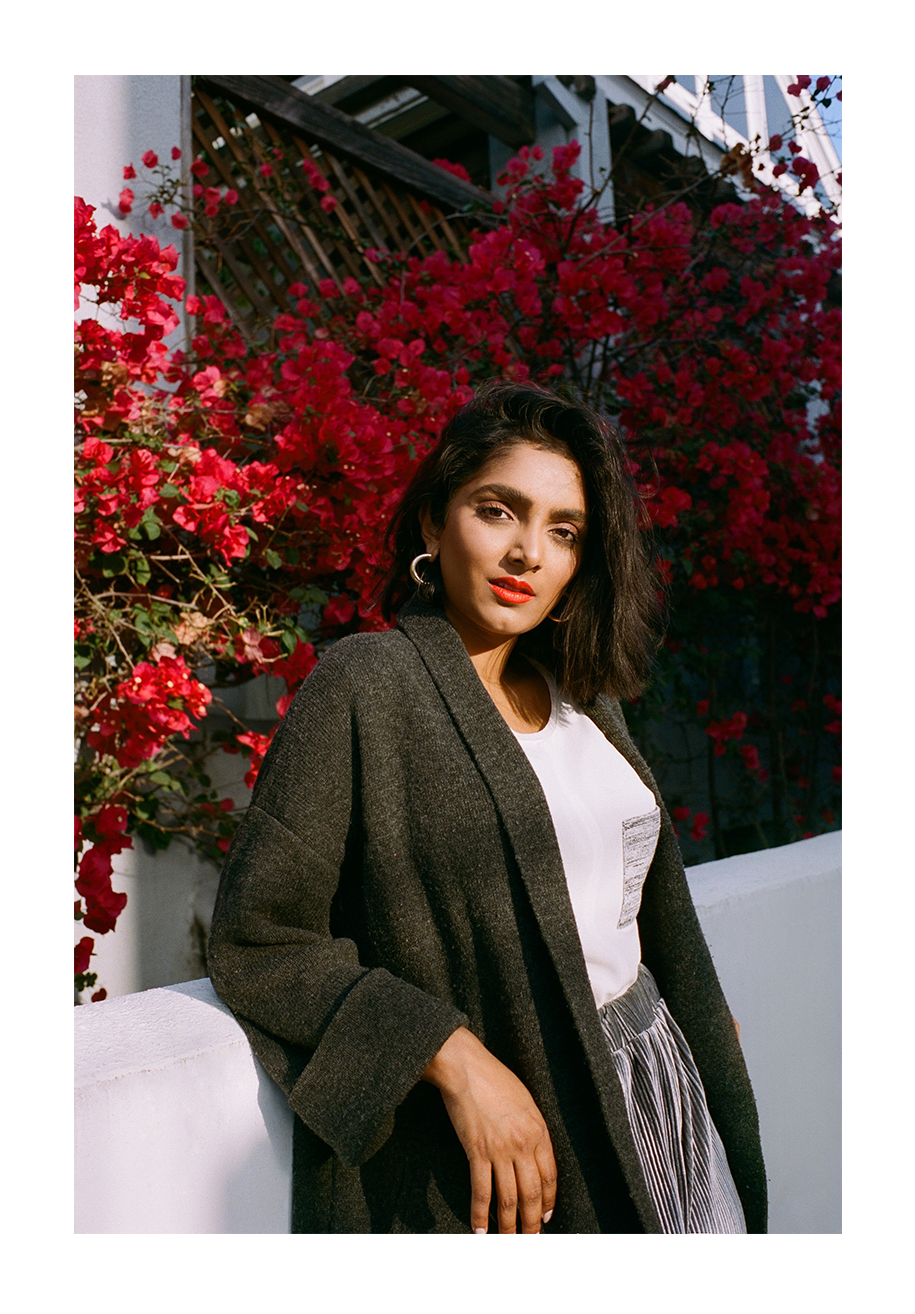 Deepica Mutyala has days filled with strategy meetings, filming for her YouTube channel, and countless hours spent maintaining her social media accounts and Instagram community for #LiveTinted. The YouTube vlogger and beauty influencer first went viral with a hack she posted a tutorial about how to cover up undereye circles with red lipstick. In the three years since, she’s gone on to partner with brands for inclusive beauty campaigns.

All the while, Mutyala has remained committed to utilizing her platform to highlight other upcoming beauty influencers across a range of skin tones. As one of a few Indian American beauty influencers with a large following, Deepica Mutyala says she’s noticed that change is afoot in the industry, but there’s still a long way to go.

“There is a very underrepresented segment of beauty consumers that I felt weren’t reflected in campaigns, and didn’t have a platform to share their concerns and questions in beauty,” she says. “I wanted to create a space where these women could come together so not only we could network but beauty companies and brands themselves can understand them better.”

“Just because we are the same ethnicity doesn’t mean we can use the same products. It’s all about the undertones of your skin.”

That’s why Mutyala launched the hashtag and Instagram community #LiveTinted, along with the website, Tinted to showcase a wide spectrum of underrepresented skin tones. Six months into the project, the hashtag has more than 13,000 posts tagged, showing an array of men and women of varying skin tones. She hopes to be able to help increase the level of diversity in the beauty at-large instead of being one of a few.

“I got to the point where I would tell brands, ‘Hey, this doesn’t make sense for me, but I know the perfect girl for it,’” she says. “So, at the end of last year was like, ‘I really want to build something larger than me.’” 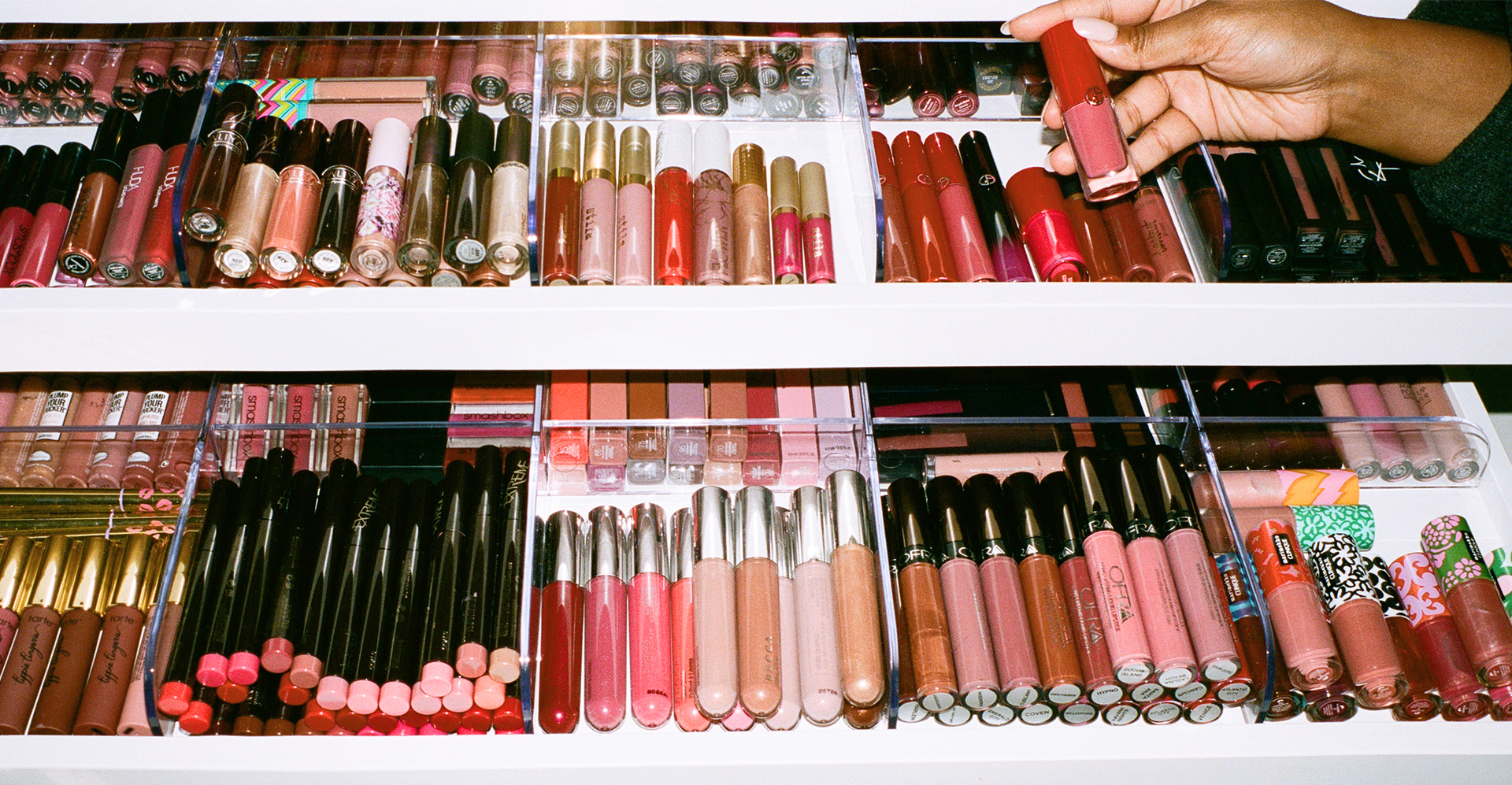 Keeping up with her growing online community, as well as her own YouTube channel and brand partnerships isn’t easy, though. That’s why Mutyala makes sure to try and squeeze in some personal time at the end of every day to unwind and relax into a deep sleep. Her bedtime beauty ritual is a new part of her life, but a welcome and must-needed departure from her heavy makeup days.

She’s also the first to admit, that there were years when using a makeup remover wipe would beallshe did before passing out on her bed from exhaustion. “Now I can’t even imagine a life like that because my skin would literally freak out,” she says.

That’s why, today, Mutyala’s regimen onlystartswith Neutrogena Makeup Remover Cleansing Towelettes. Now that she’s 29, Mutyala says maintaining a healthy skin regime is top of mind. “I can tell the difference in my skin, and I’m like, ‘Oh my god, what is it going to be at 30 if I don’t do this?’” she says.

“To ensure her complexion stays clear and glowing, she first makes sure to get every last bit of makeup off.”

To ensure her complexion stays clear and glowing, she first makes sure to get every last bit of makeup off. For stubborn mascara or eyeliner, she uses little Royal Cotton pads that are gentler on the eye area. She’s also a fan of doing a double-cleanse after a heavy makeup night and using a jade face roller like this one to give herself a face massage.

Most days, though, Mutyala wears less makeup. A single cleansing oil, like this one from Tatcha, will do the trick. She’ll follow that up with a toner like the Pixi Glow Tonic to even out her skin’s pH balance. Next comes her favorite serum: Advanced Night Repair Serum from Estée Lauder. “God, it is a game changer,” she says. “I feel like I keep trying and trying other ones but when I put that on, I wake up and my skin feels baby soft.” 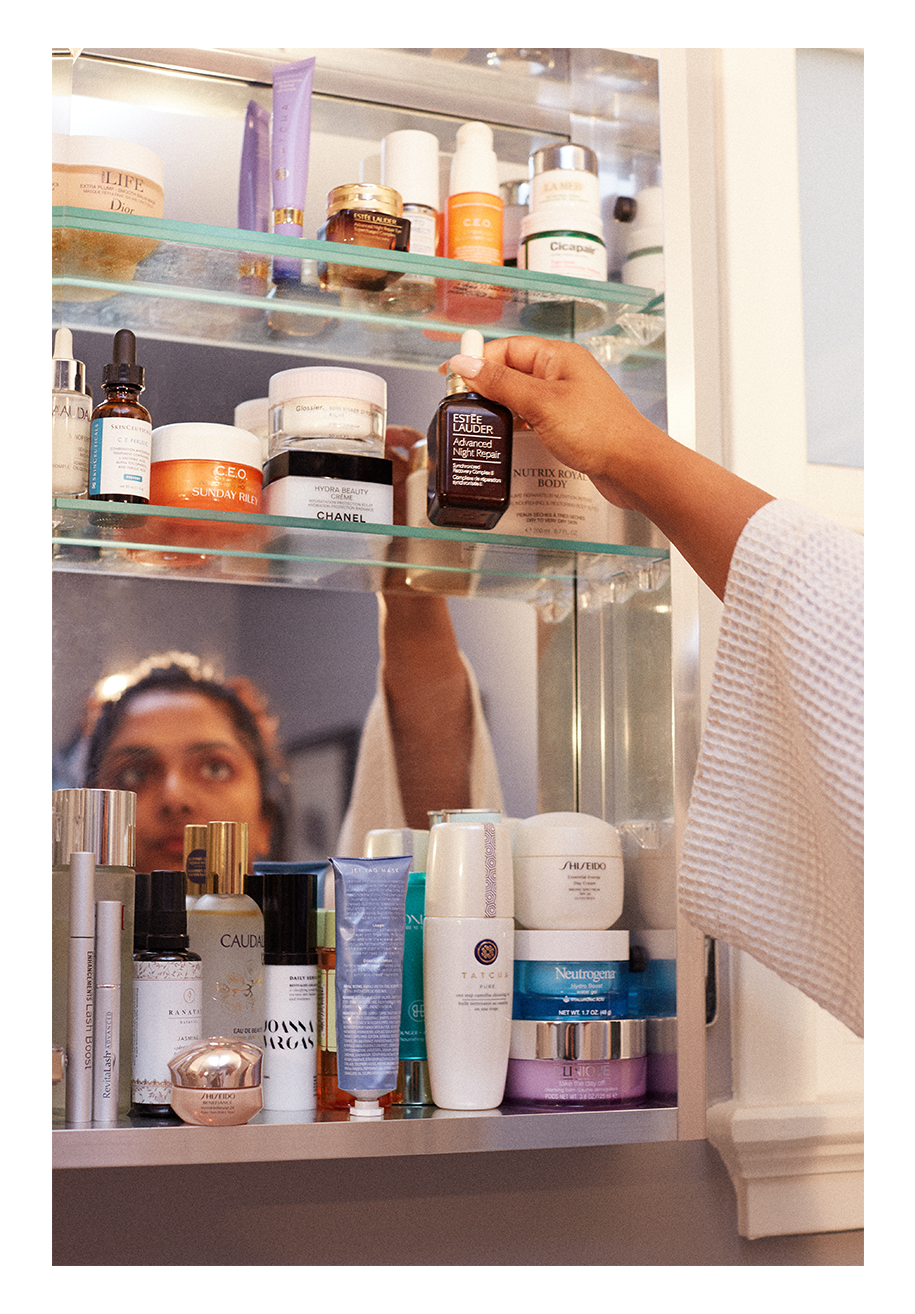 After cleansing her skin and applying a toner and serum, she focuses on her favorite face and eye creams. She’ll usually reach for the Lancôme Visionnaire Nuit Night Cream, which starts out as a gel and transforms into an oil. For her eyes, she’s a fan of the WrinkleResist24 Night Cream from Shiseido, which has a yellow pigment to it. While sheet masks might be all the rage right now, Mutyala favors wearing intense moisturizing masks she can leave on her skin overnight. “I don’t know, sometimes sheet masks to me are a pain in the butt because you can’t really stand up without them falling off you,” she says.

“I love the idea of wearing a beauty mask that just stays on and then you wake up and it just feels like it just seeped into your skin.” Her favorite leave-on mask right now is the Summer Fridays Jet Lag Mask, which she discovered through a friend who started the line. “I genuinely am obsessed with this as my night moisturizer, mask, and cream,” she says.

On days when she can squeeze in an evening bath (usually about once a week), she loves to light a Joe Malone candle like this one to set a calm, relaxing mood. “They’re so therapeutic and they intoxicate your entire room,” she says. She particularly enjoys the Philosophy Baby Grace shower gel for her bath nights. “You can put it in the bathtub but you can also put it all over you as a shower gel,” she says.

“I love the idea of wearing a beauty mask that just stays on and then you wake up and it just feels like it just seeped into your skin.”

To not disturb the ambiance, she’ll also leave her phone in another room, so she’s not tempted to check her social feed. (Still, on other nights she’ll use an app like Headspace to practice a few minutes of mindfulness before resting.) Recently, she’s also taken to Olly Restful Sleep melatonin gummies to make sure her sleep cycle is in check.

As far as her hair care products, Mutyala says she keeps things simple in the shower. Her go-to shampoo since the past five years has been Oribe. “I just love that brand and I love the smell of the shampoo,” she says. Drugstore classics like Head & Shoulders are also within reach, especially during the wintertime when her scalp gets flaky. “It’s like an OG awesome shampoo,” she says.

Most days, though, consist of Mutyala taking a quick shower and running out the door in the morning.It’s a task that’s easily achieved ever since she chopped off her long hair.“I’m all about the I DGAF hair right now,” she says jokingly. Right now, she’s all about the messy hair and wavy look. “When I have zero time in the morning all I want to do is have my hair be undone and rock a five-minute face.” 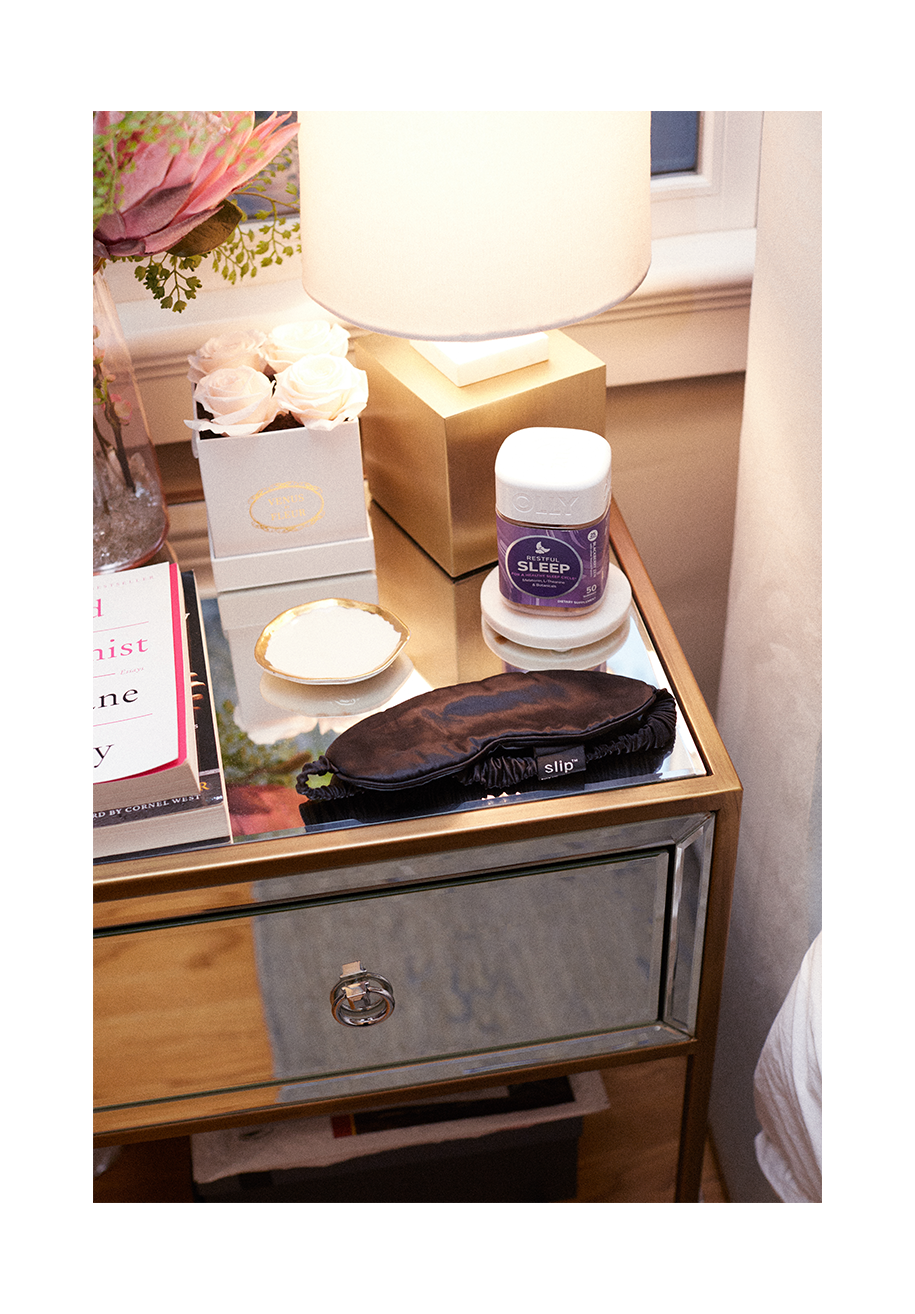 As a result, she relies heavily on post-shower products that work as her hair air dries. Oribe Dry Texturizing Spray is a favorite for this task. She’ll sprays some on her hair, let it air dry, and wind up with waves for some definition and added volume. She’ll then use an R+Co Dart Pomade Stick to tame the fly-aways on the top of her head. “They just go down with it,” she says. “You don’t have to put it on your fingers. You just take the stick and put it on there.”

Finally, to trim down on her beauty routine, she’ll reach for the Kopari Coconut Body Oil spray. “I’m so about things that just don’t require a lot of effort on my body,” she says. She’ll spray it on her legs, arms, back and let it soak in for an ultra-moisturized feel.

Deepica Mutyala is the first to admit that it’s difficult sometimes to fit in enough time for her to unwind at the end of a day. But, during the last six months of her new life in Los Angeles and with the launch of Tinted, she says she’s committed to carving out time for herself.

“I feel very proud of what I’ve been able to build with Tinted, but it shouldn’t mean at the sacrifice of myself and my own happiness,” she says. “I’m in it for the long run, so, I’m working on it.” One step at a time, she says.

Update: This story has been edited for additional clarity.