ICYMI: Sexual Harassment And Conspiracies Against The United States 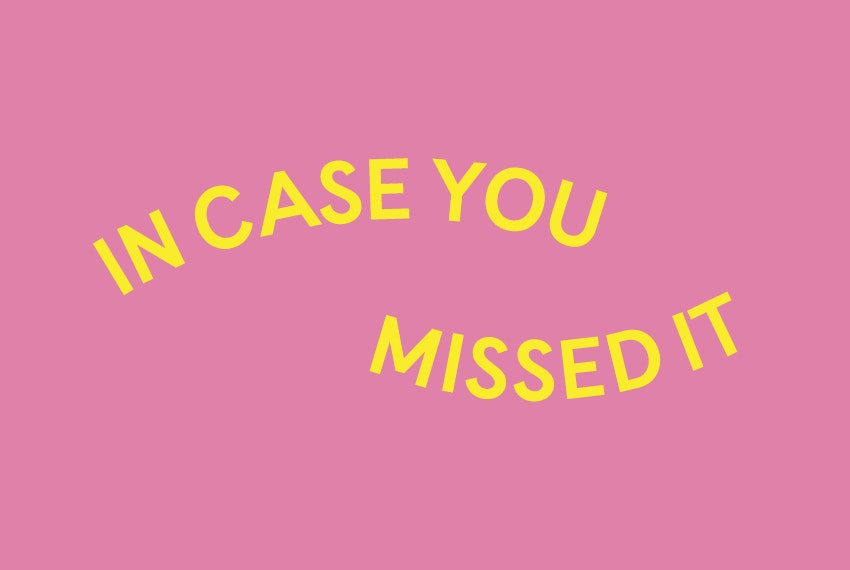 The economics of consent, the Women’s Convention and Manafort’s indictment. Welcome to your weekly roundup, it’s gonna be a helluva news cycle.

Sexual harassment was one topic of many covered during last weekend’s Women’s Convention in Detroit. Organized by the same leaders of last January’s countrywide women’s marches, the three-day conference tackled issues pertaining to women’s underrepresentation in government, especially women of color and other constituencies, climate change, clean water crises, voter turnout and equity in the workplace.

The overall focus of the convention was preparation for the upcoming 2018 midterm elections, and the theme was “Reclaiming Our Time,” a nod to Representative Maxine Waters, (D-CA), and her triumphant “Reclaiming my time,” interruption to Treasury Secretary Steve Mnuchin at a congressional hearing about Russian collusion over the summer.

Speaking of Russia, Justice Department special counsel Robert Mueller made the first arrest in his Russian collusion investigation today. Trump’s former campaign chairman, Paul J. Manafort, who was already “warned to expect an indictment,” according to a report by the New York Times, “raising the prospect that Mr. Mueller will offer him leniency in exchange for incriminating information about Mr. Trump.”

White House lawyer Ty Cobb told the Times that the president is confident that Manafort doesn’t have any information to offer Mueller. CNN first reported the possibility of arrests on Friday after a federal grand jury approved Mueller’s first charges in his months long investigation.

“The special counsel has taken up several strands of inquiry, including into the business affairs of Trump’s former campaign chairman Paul Manafort, claims that members of the President’s campaign team, like former national security adviser Michael Flynn, transgressed in their alleged contacts with Russian officials and whether the President’s dismissal of FBI Director James Comey amounted to obstruction of justice,” according to an analysis of the situation from CNN’s Stephen Collinson on Sunday night.

Stay tuned today, but don’t let the circus distract you from what else is rolling down Capitol Hill this week.

Trump and Republican leadership are staking it all on the tax reform that Trump has been touting since last year’s election. Last Thursday, the House approved the budget plan necessary to overhaul the tax code. This week, the House Ways and Means Committee will roll out the supporting tax legislation.

According to USA Today, the legislation will show “precisely who falls into what tax brackets; what deductions, credits and “loopholes” are being eliminated or increased; and how the tax system will be transformed for both multinational corporations and small businesses.”

The budget that the House passed last week did not go into detail about revenue generating, and it will be up to the Senate Appropriations Committee to flesh out the spending details. What we do know is that the plan will compromise 401(k)s limits, lowering the ceiling on how much money workers can put into these tax-deferred accounts.

Why economics matters in consent

Since the New York Times first published Jodi Kantor and Meghan Twohey’s blockbuster Harvey Weinstein investigation earlier this month, hundreds of women have come forward to expose the sexually assaultive behavior of at least eight other high-profile white men in Hollywood and beyond.

More than 200 women have accused screenwriter and director James Toback of sexual harassment. The editorial director of Vox Media, Lockhart Steele, was also fired for sexual misconduct, as first reported by Silvia Killingsworth for The Awl. On Thursday, CNN reported that five women had come forward to accuse veteran political journalist Mark Halperin of sexual harassment, including propositioning younger female reporters for sex, and initiating uninvited sexual contact at work and on campaign trails.

How do those men accrue such overwhelming power? By making the work of women invisible and taking the credit.— Laura Marsh (@lmlauramarsh) October 29, 2017

The mass accusations show just how systemic issues of sexual violence are in the workplace. Ideally, these high profile cases will inspire women working in less high profile fields to come forward, too, as suggested in a New York Times editorial on Sunday.

The piece ultimately called for the Supreme Court to overturn a 2013 ruling on the application of Title IX in instances of workplace sexual harassment, which dictates that “employers are liable only for racial or sexual harassment by a supervisor who has the power to fire a worker or prevent his or her promotion.”

Tough week for Mark Halperin. The only job he can get now is President of Fox News or of the United States.— Tommy Vietor (@TVietor08) October 27, 2017

The five-to-four ruling was favored only by male justices (shocker) and the Notorious Ruth Bader Ginsburg issued a scathing dissent that feels even more applicable in recent weeks. She said the ruling “ignored the realities of the modern workplace, and the ‘particular threatening character’ of a supervisor’s power and authority, even one not vested with the power to fire.”

While none of the women who came forward with accusations against Halperin were ever under his direct report, his elevated status in the journalism world may have made him even more of a formidable predator. According to CNN, “Halperin made many decisions about political coverage at ABC News, and had a voice in some critical personnel decisions.”

It didn’t matter whether he was The Boss with a capital B or not. It never has.

Meanwhile, in a press conference on Friday, White House Press Secretary Sarah Sanders said that it is the official White House position that any woman who has accused President Donald Trump of sexual harassment or assault is lying.