When Nafessa Williams was growing up in the early nineties, there weren’t a lot of female superheroes to look up to. Sure, there was Wonder Woman, and there was Supergirl. But those were pop culture icons of a previous generation, when the superhero genre skewed more toward camp-y antics than it did toward overall badassery, let alone diversity.

The landscape of superhero depictions on the big and small screen is changing, though. And with it has come opportunities for new kinds of superheroes to take center stage. Like, for instance, the character Williams portrays on the CW’s new superhero television series, Black Lighting. Williams plays Anissa Pierce, a.k.a, Thunder, the daughter of the series’ titular superhero character, Black Lightning. 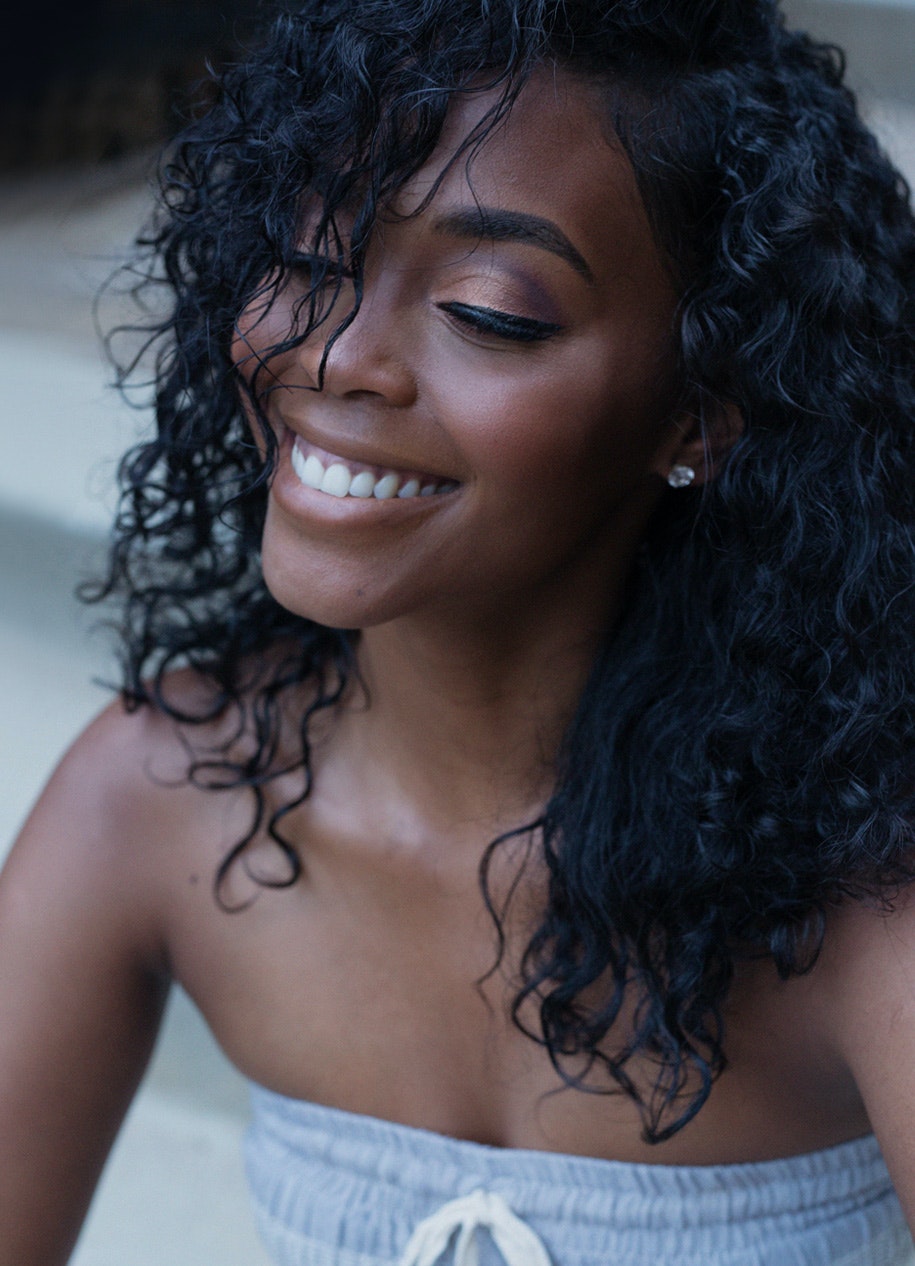 With so many “firsts” in mind, Williams told Girlboss she couldn’t help but cry when she put on Thunder’s superhero suit. “I was so just overwhelmed and moved by the experience,” Williams said. “To know that I was being this image for brown little girls in inner cities that never had this image and this model of a superhero before, it was very touching.”

Though, Williams is also the first to admit she didn’t know much about the Black Lightning franchise. The superhero first made his comic debut in 1977, but he’s largely flown under the radar—till now. The CW adaption focuses on Black Lightning’s family, with Williams’ character Anissa, being the eldest daughter. As a community activist, Anissa is unapologetic about who she is and what she stands for. It’s a trait Williams particularly admires. “I just love how uncompromising she is and how strong, bold, and fearless she is,” Williams said.

Playing a unique role for the modern age

Rather than following the fight-a-monster-a-day formula, the show focuses on developing each character. As a result, there’s plenty of time to expand on William’s character throughout the series. That kind of representation and character dimension has earned Williams support from the queer community. 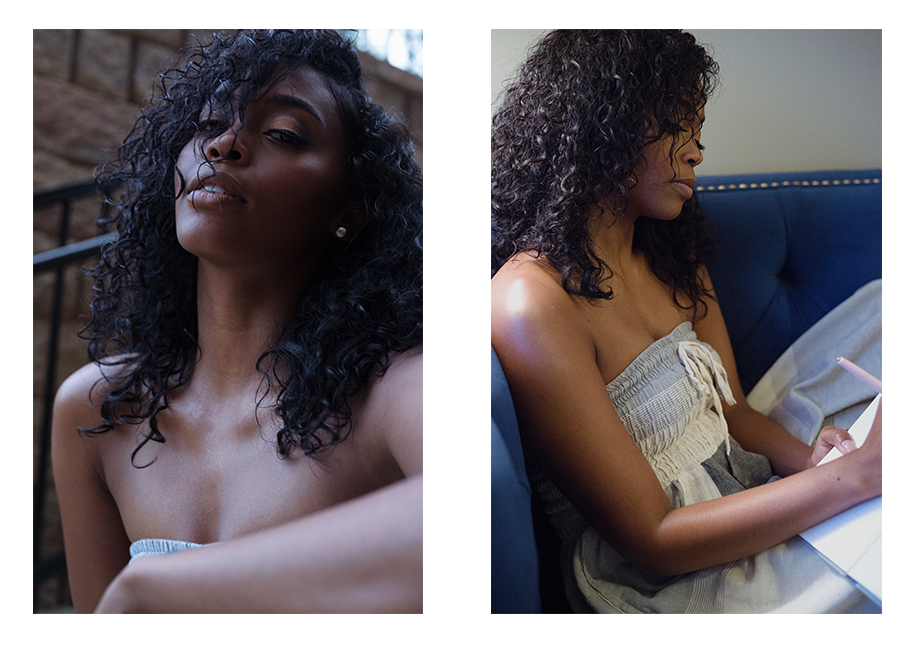 The character’s impact was readily visible at Comic-Con, when Williams said a young woman approached her to speak about Thunder. “She came up to me and said that because of Thunder, she now feels normal to be a lesbian, and it touched me,” Williams said. “I cried, she cried, and it just feels good that I’m being used to inspire those who are in that community.”

Filming scenes for the show, though, can mean plenty of early mornings for Williams that stretch into long nights. She’ll wake up as early as 5 a.m. on some days to get ready for hair and makeup before filming scenes (Season 2 is currently underway). On days when she’s not filming, she’s at work on her online boutique, Saturday Dreaming, which she began with her best friend.

“I remember being in college, just starting out in my career and not having the finances that I knew I would have and that I knew I need to look a certain way, and I just appreciate being able to go [shopping] and maybe complete a whole look with say, $50 or $100” Williams said. “That’s what Saturday Dreaming is.” 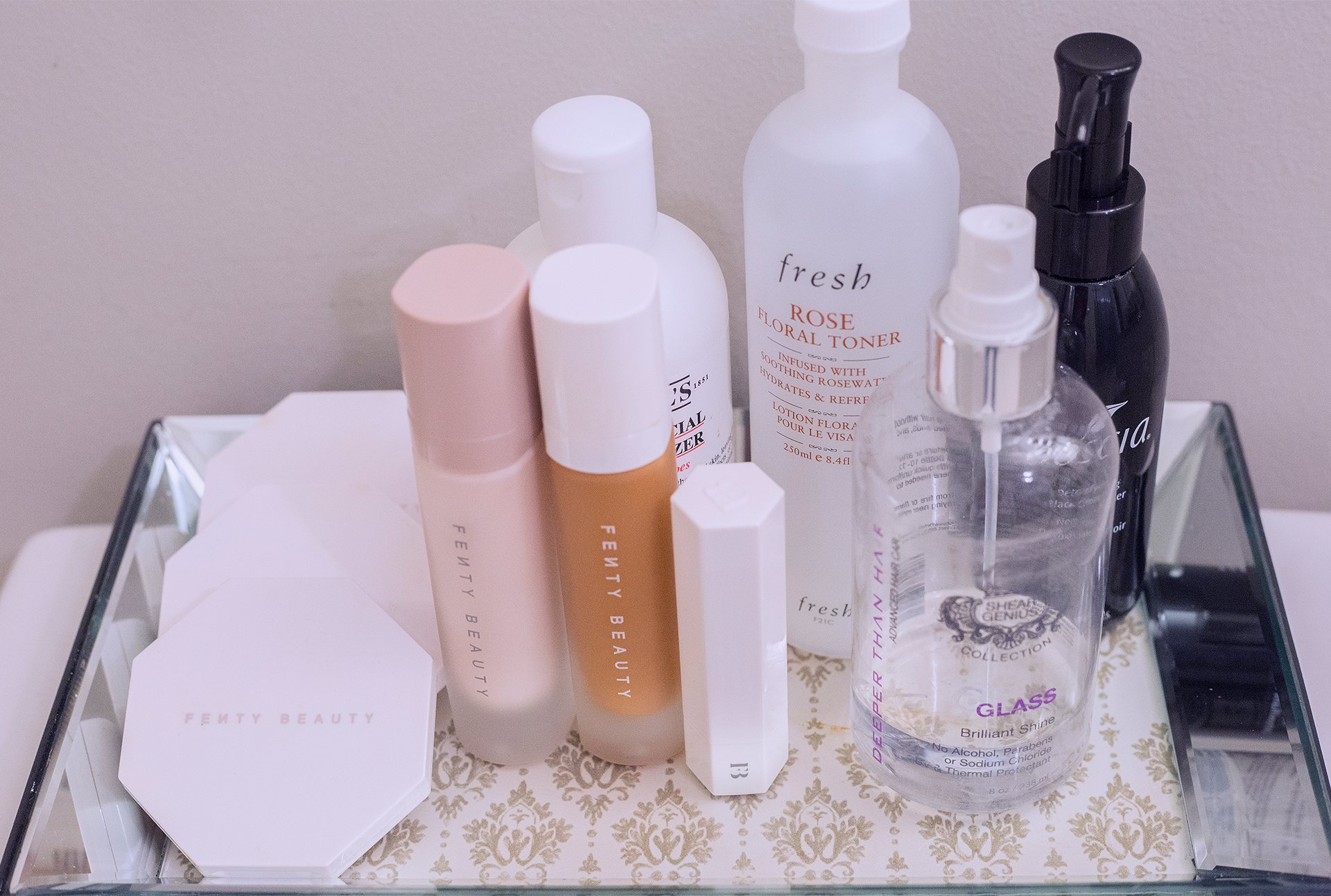 Unwinding at night begins with the right ambiance at home

In order to recharge at the end of the day, Williams relies on a tried-and-true evening routine that centers her mind, body and spirit. Usually that means establishing a relaxing and calm atmosphere at home. She does this with one of her all-time-favorite albums. “I love, love, love, Lauryn Hill’s MTV Unplugged” Williams said. “It just helps relax me. I love just where she was in her space with that album and the truth that she was telling.”

Next, Williams lights several candles to fill the space with her favorite tranquil aromas. She’s a big fan of Voluspa candles, especially the Baltic Amber scent. “I love really sweet, soft scents,” she said. Freshwater or ocean-scented candles will do the trick, too.

“We didn’t really light candles much in my house growing up, so it was something that I’ve picked up as an adult and the older I got,” she said, adding that her friends inspired her to pick up the practice. These days, she and her friends will often gift each other journals and candles as a form of appreciation. “Those are just small little trinkets that just make us really happy and that are inexpensive,” Williams said. “They go a long way.” 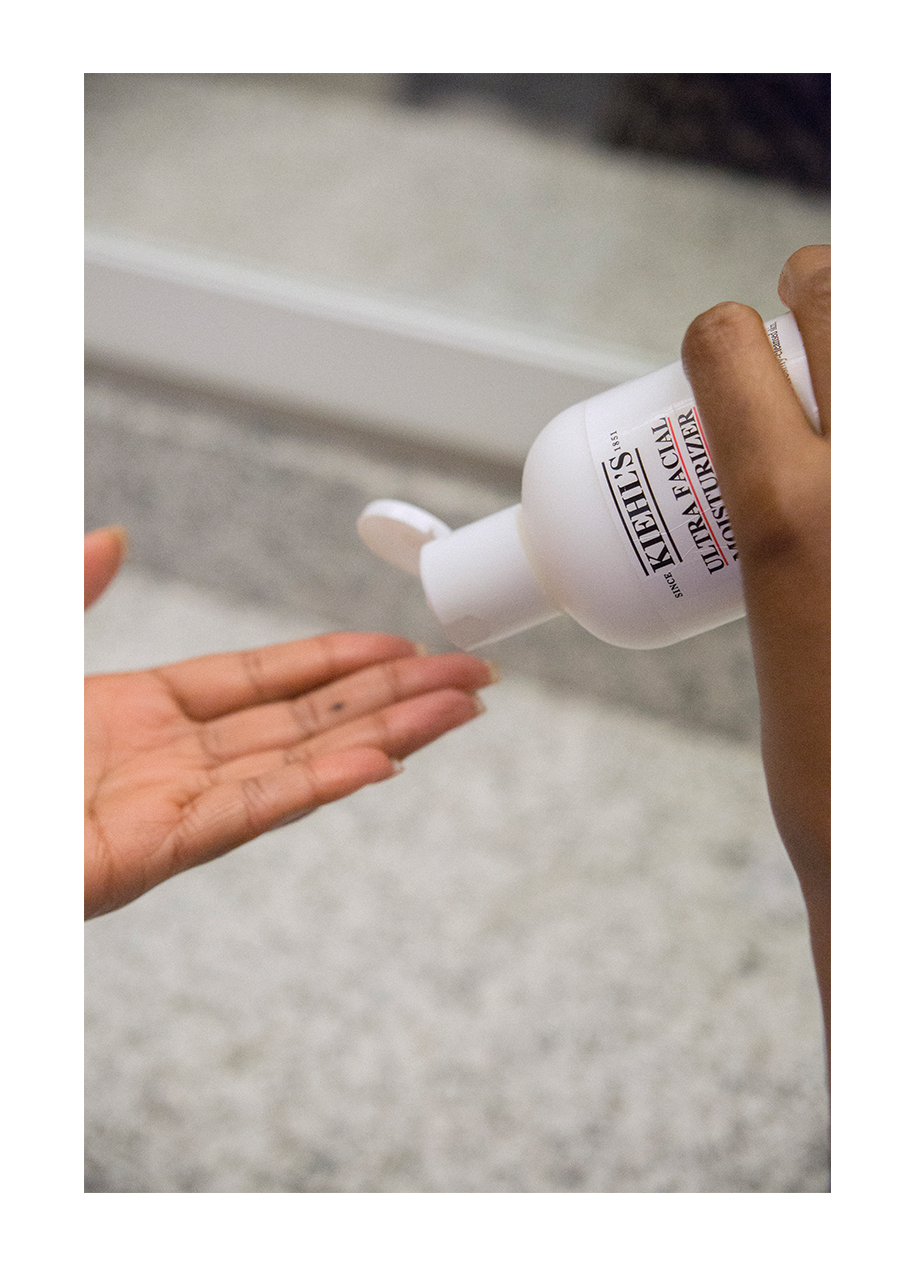 To get ready for bed, Williams focuses on her skincare and hair. Her makeup artist introduced her to Colodynes makeup remover wipes, which she uses to remove her foundation (like her favorite Fenty foundation in shade 390). To make sure her pores are extra clean, she uses the Boscia Detoxifying Black Charcoal Cleanser, which uses activated charcoal and vitamin P, the active component in citrus peel to unclog pores.

She’ll then follow with the Fresh Rose Floral Toner before moving on to her favorite moisturizers and creams. Right now, she uses Kiehl’s moisturizer to keep her face hydrated. She’s recently also become a fan of the BareMinerals Skinlongevity Vital Power Eye Gel. Finally, to finish her evening beauty routine, she’ll spray a little of the Deeper Than Hair Glass Brilliant Shine in my hair before wrapping it up at night.

Most nights, Williams will watch an episode of Sex and the City, to unwind. “It’s just something about Carrie’s character that I think I relate to the most,” she said. “She’s a lover, she loves fashion, [and] she’s super ambitious when it comes to her career.”

More importantly, though, Williams said she makes time for what keeps her grounded. Aside from praying each morning, or following Deepak Chopra’s guided meditations, she tries journaling every night.

Over the years, she’s noted down her progress from pursuing a career in law to auditioning for her breakout role. “I think it helps put things in perspective,” Williams said. “I was reading one of my journals from four or five years ago, and to see the growth, where I was mentally and how much I’ve grown in my career from that time to now…[My journals are] very, very sacred to me.”

To date, Williams has amassed a collection of eight to nine books. “I think it’s very important to find something that you do that helps center you.”

No doubt if Thunder’s character keeps growing on the series, Williams will have plenty of material to reflect on. As for what she hopes her character will tackle in the next season? “I would like to fully convince Jennifer [Thunder’s sister in the series] that we need to accept who we,” Williams said. “I’d like to us suit up and go out and fight some crime together along with Black Lightning.”