Raised eight hours north of Sydney, Australia, Messenger was more into horseback riding and motorbikes than glossy magazines. But after founding innovative independent publishing house The Messenger Group in 2001, Messenger learned she had a real knack for, well—messaging.

She oversaw the publication of over 400 books produced with the intent of being used as a marketing tool for companies and for individuals (she also penned 16 of them herself).

Things were going pretty well for The Messenger Group circa 2013. But amidst a rapidly changing publishing industry set in the context of an even more rapidly changing media industry, she saw an opening where virtually no one else did: Print magazines.

Messenger launched The Collective Hub, an entrepreneurial and lifestyle print magazine, in 2013 and in the handful of years since its first issue hit the stands, Collective Hub has expanded into digital, events and even co-working spaces.

We caught up with Messenger to glean some insight as to how one goes about building a media empire from scratch.

Deena Drewis: So, what compelled you to break into an industry that you knew very little about?

Lisa Messenger: Well, I started my first business in October 2001, so it’s almost like this old cliché of a 15-and-a-half-year “overnight success” [laughs]. At that point, it had finally started to work. But the thing is, I was pissed off. And I think pissed off is a really good place to start something.

I was so sick of the salacious gossip and the vacuous content and the negativity that was being fed to us by a lot of the traditional media. And having had my own business for such a long time, being surrounded by so many inspirational entrepreneurs and other thought leaders at the time, I thought, ‘I just want to share these stories!’

But at the time, I had even less of an idea about digital media than I did about print media, and so I was just like, “Okay, I guess I’ll just start a magazine,” which was the most ridiculous and naïve thing I could have ever possibly done. But it was for those reasons that it actually started to work, because I wasn’t constrained by the status quo and how things had always been traditionally done. So I just thought, ‘Well if no one else is gonna do it, I’m well gonna have a crack!’

Media—both digital and traditional—are changing rapidly. What direction are you envisioning for Collective Hub?

Massive changes! First of all, I’ll start with print. Everyone said to me, ‘You’re absolutely crazy to launch a print magazine.’ And the answer is yes and no. Because actually, in a digital world, it was the cleverest thing I could have done. It’s the least profitable part of the business, but having something physical and tangible that we’ve been able to distribute all over the world and get in front of people has been amazing.

This is where I think so many media get it wrong. It doesn’t matter if it’s a print magazine or if it’s digital or if it’s social media or if I’m writing a book; the thing is that you have to be where people want you on a platform. So you have to know “why” and “what,” resolutely. But you have to keep having other plays.

It’s really important to diversify and be multi-platform. Events for us now and weekly masterclasses are a huge part of what we’re doing. We’re also establishing really deep partnerships—not just putting an ad on a page.

There’s hardly a company on this planet that’s not a digital publisher in some form, or a content creator. So it’s something that people have to be acutely aware of. 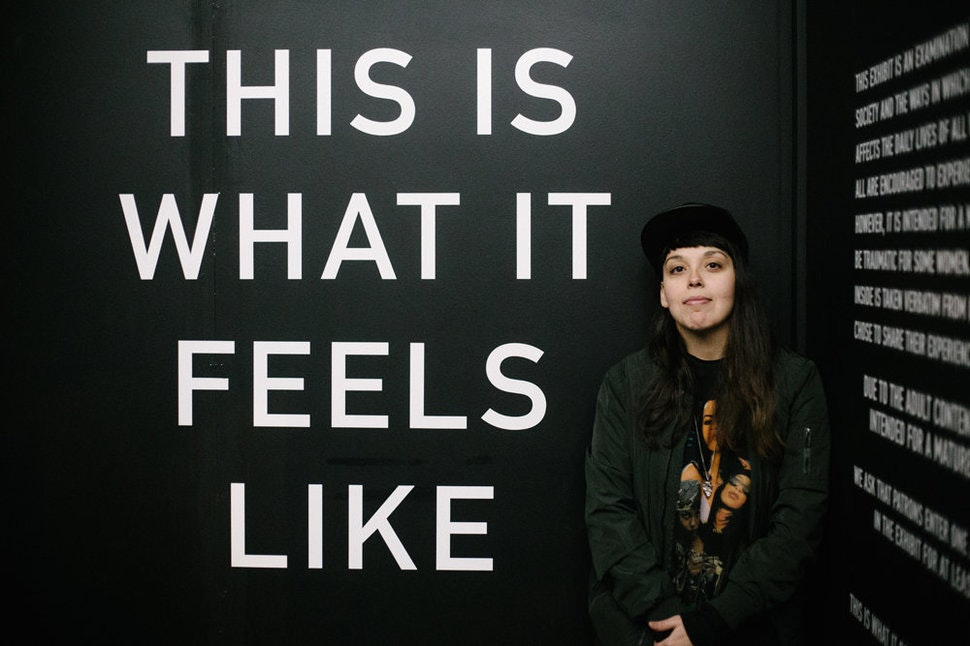 You built this from a place of disruption. But so often, the way these stories tend to go is that you revolutionize something, others follow suit, and then suddenly you’re the status quo. How do personally stay in the mindset of disruption and innovation?

I absolutely love that question. When you start out as an entrepreneur, especially when you have no freaking idea what you’re doing—and that’s the situation with most of us, I think—you have that absolute hunger and you want to change things and do things differently.

But yes, it’s easy to potentially fall into being the status quo. I employed a COO at the end of last year, and he comes from a very traditional media background. And actually, the duality of the two of us is almost perfect, because it enables me to be even more rebellious and disruptive.

He’s constantly going, “No, no, no, we need to do this ’cause this is what works.” But I’m like, “We’ll I’ll do anything except for what’s [already been proven to work].”

We have Hub in 20 different platforms now, so that keeps it really fresh. I’m constantly looking at how we can disrupt digital, how we can do events really differently, how we can design the education sector, entrepreneurial education.

How do we become more divergent as opposed to convergent? I’m constantly trying to push boundaries with whatever we’re doing, and I hope I do so until I’m 102, quite frankly!

What advice would you give someone similarly looking to break into the media industry and shake things up a little?

We self-sabotage in so many ways, like, “I’m not good enough,” or, “Who am I?” or, “I’ve got no experience, I’m too young, I’m too old.” There are so many excuses and things that we use to hold ourselves back. And what I know for absolute sure, in every single cell in my body now, is that absolutely anything is possible.

Like, withCollective Hub, there is no way on the planet it should have worked, but I just kept hustling my ass off and so it did.

So if you have a vision and you hold it tight, I can promise you truly anything is possible. And the other thing is just to fail fast. It’s easy to write laborious business plans and get really attached to a specific outcome of how you think something should be. But actually, when you just try and let it be and allow yourself to fail fast and move on, amazing things happen.