Home / Read / This Is How I’m Financially Surviving... About this series: Welcome to Scrimp City—an anonymous, week-in-the-life chronicle that provides a look at women who are trying to be smarter about money, whether that means saving more, spending strategically, or just being more comfortable managing their hard-earned cash.

In each installment, we follow one woman’s progress toward a money goal or challenge they’ve set for themselves. We learn about their typical spending/saving habits and see if, after their self-imposed money challenge, they come away feeling just a *little* more financially-savvy.

Housing arrangements:Share a two-bedroom with my roommate (my girlfriend recently moved out)

How I got here and why I’m trying to save

All of my debt is from my undergrad degree and medical school. I think about my debt several times a day. I’ve always wanted to be a doctor, probably because that was one of the few options my parents presented as “good jobs”. My older sister is a lawyer. We were middle class growing up, but both of our parents grew up incredibly poor in India. It’s a common story, to be nudged down a path by your immigrant parents and it’s one that really affected how I think about money. On an intellectual level I know this isn’t true, but I see money as this very finite, limited thing that is bound to run out and that I need to hold onto tightly. I’m hoping working as a doctor and hopefully making very good money will shift that scarcity mentality. I just recently went through a breakup. My girlfriend and I used to pretty much split everything, so her leaving was pretty jarring for my finances and I’m still figuring things out.

I don’t even have a credit card, I’m so afraid of getting into more debt and not being able to pay it off. But since my girlfriend moved out a few weeks ago, money has been tight. We’d been together since we were 22, and started sharing expenses pretty early on. Her parents talked a lot about money growing up, and my parents did not, so she taught me a lot about saving. I’ve alway felt insecure about money, but knowing I had someone to help me was comforting. 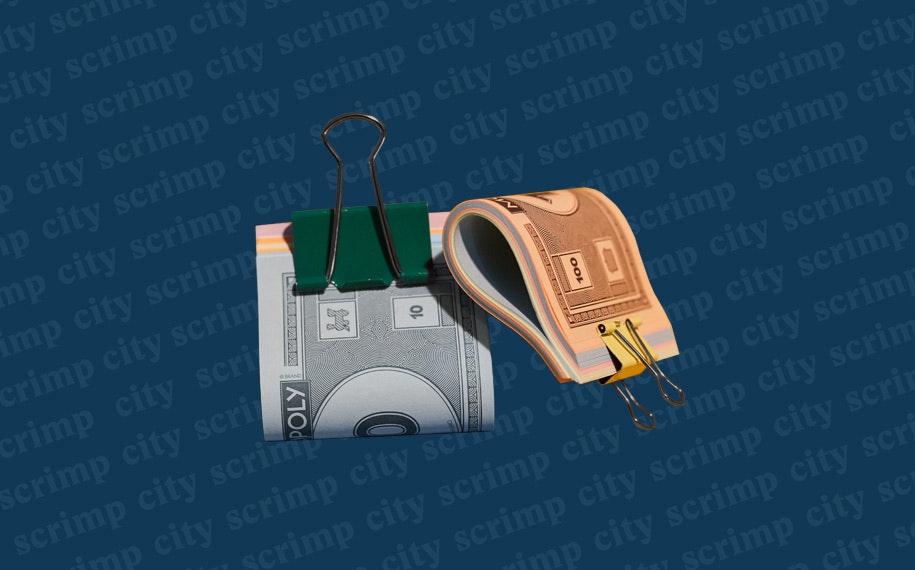 Since my expenses have pretty much doubled after my breakup, I’ve been blowing through my savings to compensate. I want to replenish it so that I’m not living paycheck-to-paycheck like I kind of am at the moment. I’d also love to take a small trip at some point next year, so I want to start putting money away for that.

I use the 50/30/20 method, so I have a general idea of how much I should be saving and spending. I just use my bank app and the Notes app to track everything.

I need to cut waaay back on things like taking Ubers, eating out, and online shopping. I figure this challenge is a good way to start that off. 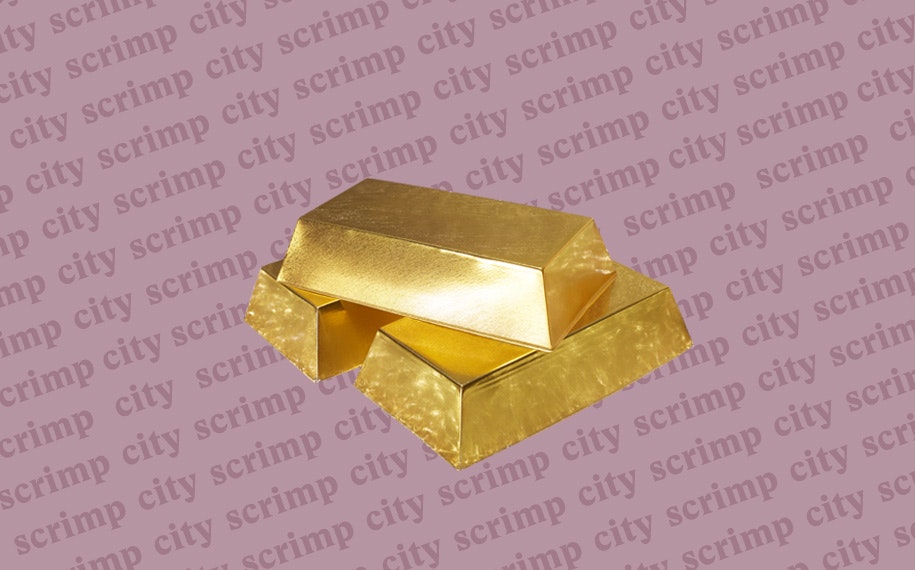 Post-breakup life is hard. I’m still getting used to doing all of these routines alone, that we used to do together. One for example: I woke up this morning and took the dog for a little walk around a park near our house. I came home and made some coffee using a single-serving French press, since a pot would just go to waste. Yes, I’m totally feeling bad for myself. But you’re allowed to when your heart is broken!

I decide I’m going to walk to work everyday this week, so I can save money on bus fair. I also did a big grocery shop on Sunday so that I could meal prep and have lunch and dinner sorted out for the week. Today’s lunch I packed some pasta with veggies and sliced apple with peanut butter on the side. I’ve been really struggling at work lately. It can be pretty depressing working in a hospital, if I’m honest. But I just try to remind myself why I pursued this career in the first place: I want to help improve people’s lives. And that’s a privilege to do.

Walked to work again today, but I took an Uber after work (-$7.32) to meet friends for happy hour. I needed it bad. One perk of being heartbroken: People tend to pay for your alcohol. My friends bought me cocktails and a few shots and even some fries (which were much needed, especially since I didn’t have dinner). My friend Alexa was our sober driver and she dropped me off at home, so I didn’t have to pay for a ride home. I got back at around 11PM, chugged a glass of water, and crashed.

I was supposed to meet my friend Kate for a yoga class this morning, but there was no way I was getting up at 5:45 a.m. after the night I had. I sent her a text with one eye closed, telling her I was hungover and couldn’t make it. She was really understanding, she knows I’m going through it right now. I set an alarm for 8 a.m. and woke up then instead. The first thought that comes to mind is that I need a breakfast sandwich and a coffee ASAP. I stop by a little breakfast place on the way to work to buy just that (-$9.13).

Work felt like it lasted forever today. I started to feel better by late afternoon, so I signed myself up for a yoga class (-$15) after work since I skipped out in the morning. Thankfully the studio is just down the street from my place, so I could walk.

I took the next two days off of work, which is very unlike me, but I really felt like I needed a mental rest. I woke up early to take the dog out, but went back to sleep until 10 a.m. After making myself some avocado toast and coffee, I decide to go for a run. I’ve been trying to channel some of my negative energy into working out, but it’s hard to stay motivated. I do three very slow miles around the neighborhood, think I see my ex at our coffee shop (very possible), but don’t stick around long enough to find out. I sprint home.

My friend Elisa is having a dinner party, which will be a welcome distraction. She cooks the most beautiful meal, including a roast chicken, all kinds of roasted veggies, corn bread, mashed potatoes, and a strawberry cake for dessert. And lots of wine. It felt like everyone was asking me about the breakup, though, which wasn’t easy. I left kind of early because of it, to be honest. I know it’s coming from a place of concern, but it’s hard to tell the whole story again and again. I walk home at around 8 p.m.

It’s my sister’s birthday this weekend! She doesn’t live too far away, and she’s having birthday drinks tonight with a big group of friends at a really cute bar near my place. I need to get her a birthday present today, so I stop at a few stores she really likes to try and find something. She’s super into really fancy stationary, so I go to this shop that she’s obsessed with but claims is too expensive. I buy her a nice set of hand-painted cards that are blank inside (-$38). Then I go to her favorite florist and pick out a small bouquet (-$24). I go home and get ready to meet up with her and her friends, but turns out she changed the location to a bar closer to her place. If I took the bus I’d be really late, so I Uber over (-$8.03).

Sometimes I’m overwhelmed by how popular my sister is. How she has time to make all these friends and practice law is beyond me. I get to the bar and there’s like 30 people swarmed around her, toasting her birthday. I’m glad I could be there to celebrate with her. Oh, and her wonderful fiancé had an open tab for everyone! So I didn’t feel so bad about all the money I spent earlier.

I’m dreading paying rent next week. I decide I really need to do whatever I can to bring in some extra cash, so I list some of my clothes on Poshmark. I’ve never used it before, so I have no idea what to expect. My friends have told me they’ve had good experiences using it. I know it won’t make a huge difference, but might as well get rid of some stuff I don’t even need.

I decide to stay home tonight to try and save some money. Oh, and I’m still pretty hungover from my sister’s birthday party. Instead I just stayed home with my dog, made a frozen pizza, and watched some Netflix.

Sundays were usually our errands day. Even my errand costs have doubled now. I go grocery shopping for the week (-$73.47), pick up dog food at the pet store ($20), stop by the pharmacy ($12)—all things we would normally split. Which is both expensive and sad! But I guess I’m finding my financial independence. Like getting over heartbreak, it’ll just take some time.

I stayed below my goal, which I’m really happy about. I think avoiding eating out and walking pretty much everywhere helped. I’m going to take that extra bit of cash and put it directly into my savings account. It all adds up. Becoming totally financially independent for the first time in years has been pretty scary, but being hyper-aware of how I’m spending my money definitely helps.

—As told to Sara Tardiff