Home / Read / This Ingenious App Will Help You... This Ingenious App Will Help You *Actually* Practice Self-Care

Aloe seeks to provide users with gentle reminders to practice the most practical, essential actions of self-care.

A whole lot of digital ink has been spilled over the notion that millennials are obsessed with the concept of self-care. And who can blame us? Studies show that workplace stress is increasingly taking a toll on our health. Plus, we’re anxious as heck out about money. Plus, the news cycle of 2017 has been an endless spiral of horror.

But practicing self-care—really, truly taking time to check in with yourself and make adjustments as necessary—can be a lot more difficult than it sounds. And while we’ve come to associate the concept of self-care with acts of recovery and preservation—sometimes even our most basic needs, like drinking water and eating food, can fall by the wayside when you’re thoughts are consumed by work or your personal issues.

Which is why a new app called Aloe, which recently reached its $40,000 fundraising goal on Kickstarter and still has a few days to spare as of this writing, is such a compelling concept. 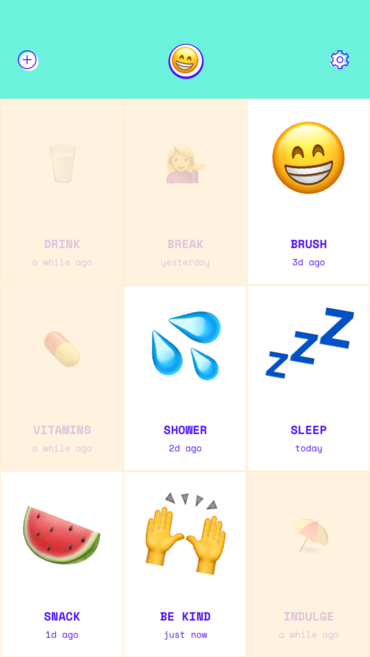 Aloe provides users with gentle reminders to check in with themselves in nine different categories—drink, break, brush, vitamins/medication, shower, sleep, snack, be kind, and indulge—via push notifications on their smartphones.

Because let’s be real: We’ve all been that personwho (for whatever reason) leaves the house without brushing our teeth.

Aloe encourages slow, thoughtful progress by helping you acknowledge how your day went and what your self-care goals are by asking you the following: “How was your day?” “Who is one person who makes you happy?” and “What is one thing you’ll do for yourself tomorrow?” 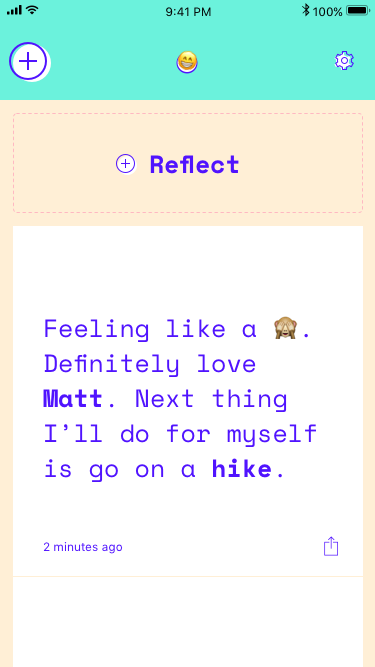 And the proposed design is pleasing and simple, utilizing emojis as playful shorthand in an overall aesthetic that winks at early 2000s internet—chunky pixels abound.

The app is the brainchild of Amber Discko, the founder of Femsplain and creative strategist for Hillary Clinton, who found herself faced with her own sense of feeling utterly overwhelmed during the 2016 campaign: “Time management took a back-seat to work, and things like remembering to brush my teeth or drink water became really difficult. My emotional and physical wellness hit an all-time-low,” she writes on the Kickstarter page.

“I tried a bunch of different meditation and wellness apps, but really, the only thing that was keeping me aware of myself was following people on social media who advocated for it daily,” she says.

And eventually, Discko hopes to incorporate an element of that buoyant energy into Aloe by building a “supportive social network” in later versions of the app, where users can send each other encouragement via virtual flowers and tend to friends’ gardens. 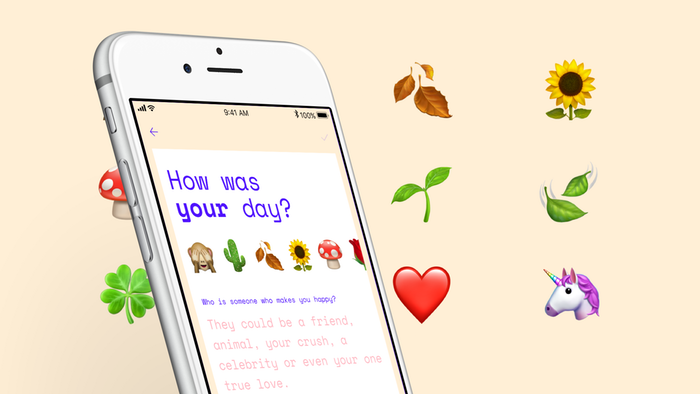 While the app will be free, paid memberships for $1 a month will give users access to additional task packs, an ability to add custom tasks, and a more in-depth look at your data.

The Kickstarter campaign ends on August 31, so there’s still an opportunity to get early access and contribute input as it’s developed. Kick in for Aloe here.

January is Self-Care Month onGirlboss. Stay tuned for more stories on wellness, well-being and the ways we can all take better care of ourselves (and each other) in 2018.