Sex, Hotel Rooms, & Big Dreams: Why Nothing About This Harvey Weinstein News Surprises Me 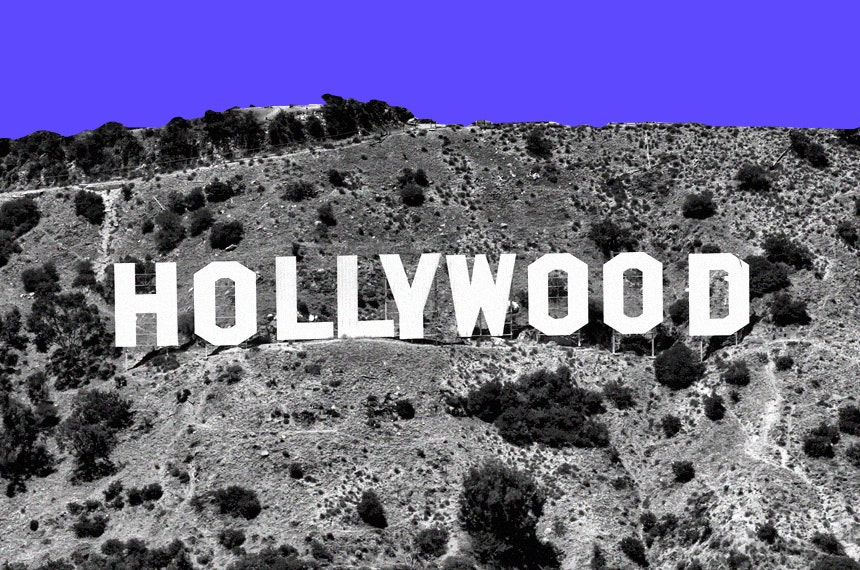 An intimate, heartbreaking (but no longer shocking) story of abuse of power in Hollywood.

When I was 23 and relatively new to NYC, I was approached near my office in midtown by a semi-famous director who had recently done movies with Robert Downey Jr. and Mike Tyson. The man practically leapt from a car that was idling on the corner and proceeded to show me his Director’s Guild card and a bunch of identification, all while ticking off the latest projects he had done, the Academy Award nomination he had garnered, and the myriad famous actors he had worked with. Acknowledging the drama of this situation, he begged me to give him a chance and join him for a meeting—he had a project in development and I fit the bill perfectly. He could not believe he had met me.

I had just graduated from Princeton, was newly on my own working and living in the city, and earnestly planting the seeds of my young acting career in my remaining time. I was working at a finance firm during the day, sneaking off to auditions on my lunch break, going to scene study class, and starting to network. So, I was thrilled at this chance encounter. This could be my big break, I let myself imagine.

He sent a Town Car to pick me up in Brooklyn at 11 p.m. on a Monday night and I was whisked uptown to meet him at the now defunct literary establishment Elaine’s. My sweet roommates tagged along with me, both for good luck and in case anything sketchy happened. They were excited for me, too. They sat at the bar while I joined the director in the back room, sipping on a decaf coffee (I had work the next morning) while he devoured a giant slice of key lime pie, salaciously licking his fingers for good effect.

The fawning excitement had dimmed since the afternoon. And as I sat down, the director calmly described how I could star in his next film. He gave no clues as to the narrative or the character. I did not think to ask. Instead, he detailed all the famous actresses he had worked with, and those whom he had slept with (and then given jobs to), and detailed his many sexual proclivities. He said he would make me famous because he could tell I was special.

First, however, we would have to rehearse in a hotel room. I would probably have to be naked because that’s how he liked to work. We might have to have sex, because that’s also how he worked. We would be intimate and he would know my soul. That was his style.

He was disgusting, a gargoyle in his sixties with a wife and a child. I sat there, stunned, politely smiling so as not to be rude, expose my prudishness, or alienate this man who held all the power in an industry where I had none. I thought about what he could do for my dream as he described what he would do to me in great detail. As the meeting ended, he told me that if I let him, he would have “great impact” in my life and my career. He gave me his number and told me to call for next steps. 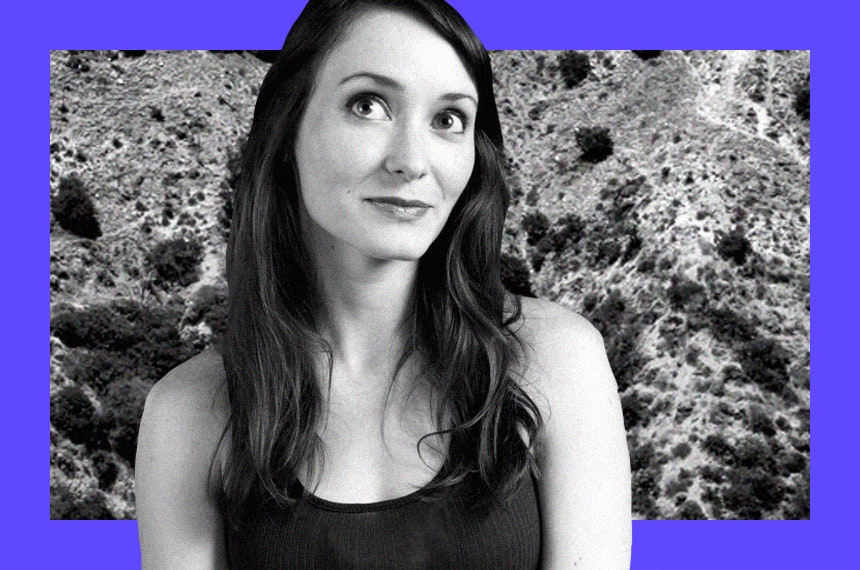 Needless to say, I never called him and he probably preyed on a new victim the next day or following week. He probably even slept with some women who were hoping for a job or for exposure. And I know for a fact that he is still actively working as a screenwriter and director. I see his name and picture pop up every so often at a film festival or in a magazine—and I still get sick to my stomach thinking about that night.

Over a decade into my acting career, this no longer remains the only experience of sexual harassment or humiliation I’ve had on set or in the casting room. The casual degradation and objectification of women in the industry is so rampant that we talk about it as if it were just a necessary annoyance or an occupational hazard. I am grateful to now be in a position where I am in control of the material I make and perform, where I can work with conscientious and respectful filmmakers and theater artists and where I have transitioned away from the somewhat brutal business of acting. Today, I teach at an art institute and work with different artistic and therapeutic communities. I am also a graduate student in a drama therapy program where we constantly engage with the pain of trauma and recognize the healing benefits of expression and the necessity of support. 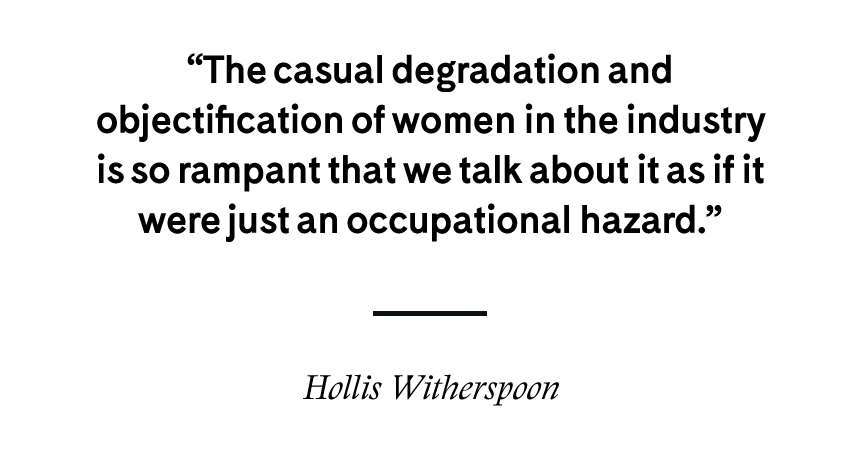 I am also a mother to an almost four year-old girl. We talk about respect and consent all the time. I wish we didn’t have to, but we do. I am unfathomably angry at the prospect that she will (most likely) one day be hurt by a man who does not recognize her inherent worth. And that’s why I know I will share my experiences with her and I will not normalize them. What happened to me was wrong and it wasn’t my fault.

That’s also why nothing in the recent news surrounding the allegations against Harvey Weinstein surprises me. I recognize what those women went through. I recognize the hopes and dreams that are tied up in big meetings with powerful men. I recognize the risk of putting yourself out there or doing something that you don’t feel entirely comfortable doing if it means accessing a big opportunity you would not otherwise get. I recognize the fear of alienating or outing or pissing off a powerful man. I recognize the entitlement and casual misogyny of how Weinstein and his cohorts acted—as well as all the reasons why his actions had no consequences until now.

Weinstein did not offer to trade roles for sex with celebrities at the apex of their careers; he allegedly assaulted and harassed young unknowns at the beginnings of theirs. He took advantage of a power structure that will never be dismantled as long as there are people who can benefit from it—and others who will willingly look the other way.

There are thousands in the mold of Harvey Weinstein. Some of these are men who donate to democratic causes, are part of the “liberal media elite,” perhaps even voted for Hillary Rodham Clinton, and who will continue to abuse and traumatize women while being upheld as liberal heroes. As long as most directors, producers, and crew are men; as long as men are better paid and better represented in films; and as long as male characters continue to be complex and whole while women are written as one-dimensional sex objects, this inequity will remain.

And this of course goes far beyond the film and television industry. We— including a substantial number of women —elected a president after the world heard a recording of him detailing a practice of sexual assault. We engage in victim blaming and shaming, and we wonder why these actresses showed up to a hotel room for a meeting. We only fire heads of studios or Silicon Valley venture firms for abusing their power when a media maelstrom forces us to. And we create a culture in which women don’t feel they will be believed when they speak out.

Today, I am exposing myself and my experiences by sharing an episode that still causes me shame. I wish I could name this man—especially because I now know that I’m not the only woman he has done this to—but he has the power and money and could jeopardize this publication and me personally. I’m not ready to take that risk yet, because in these cases, the victim usually carries the lion’s share of the burden. I applaud the women who have spoken out and named their harassers and aggressors. I also understand the women who have remained silent, afraid to do the same. But I hope that sharing this story makes a few other women feel a bit less alone.

Because this was not an unusual occurrence. And until we address the problems that sit at the root of this imbalance of power, all we can do is create spaces for community and understanding—and stop finger-pointing at women who have survived injustice and degradation. But to make progress beyond that, we need to do more, collectively. Men need to be allies to women when it is inconvenient. Women and men together need to create environments where survivors of abuse, assault, and harassment feel comfortable sharing their stories. And when people tell their stories, we need to believe them. That’s the only way we can end this cycle of quiet shame and systemic abuse.