Should You Take a Gap Year Before College?

Ever wonder why so many TV shows and movies are set in high school? It seems we can’t get enough of floundering teenage romances, dramatic football games, and shenanigan-filled prom nights. Of course, that’s just part of the high school experience. High school also involves taking like seven classes at a time, joining after-school clubs, and practicing sports. Oh, and lots and lots of standardized testing and pressure to be on a “college-bound” track. Not to mention you might be working at a part-time job to keep the cash flowing.

All of that can be downright tiring. It’s no wonder if by senior spring, you’re ready for a break—a break that’s longer than the two months before college. You’ve heard of a “gap year,” right? It sounds great. It sounds tempting. After spending four years writing countless double-spaced essays in Times New Roman and far too many hours churning through standardized tests, who wouldn’t want to chill a little before racing ahead?

So, should you take a gap year after college? This decision tree should help clear things up: 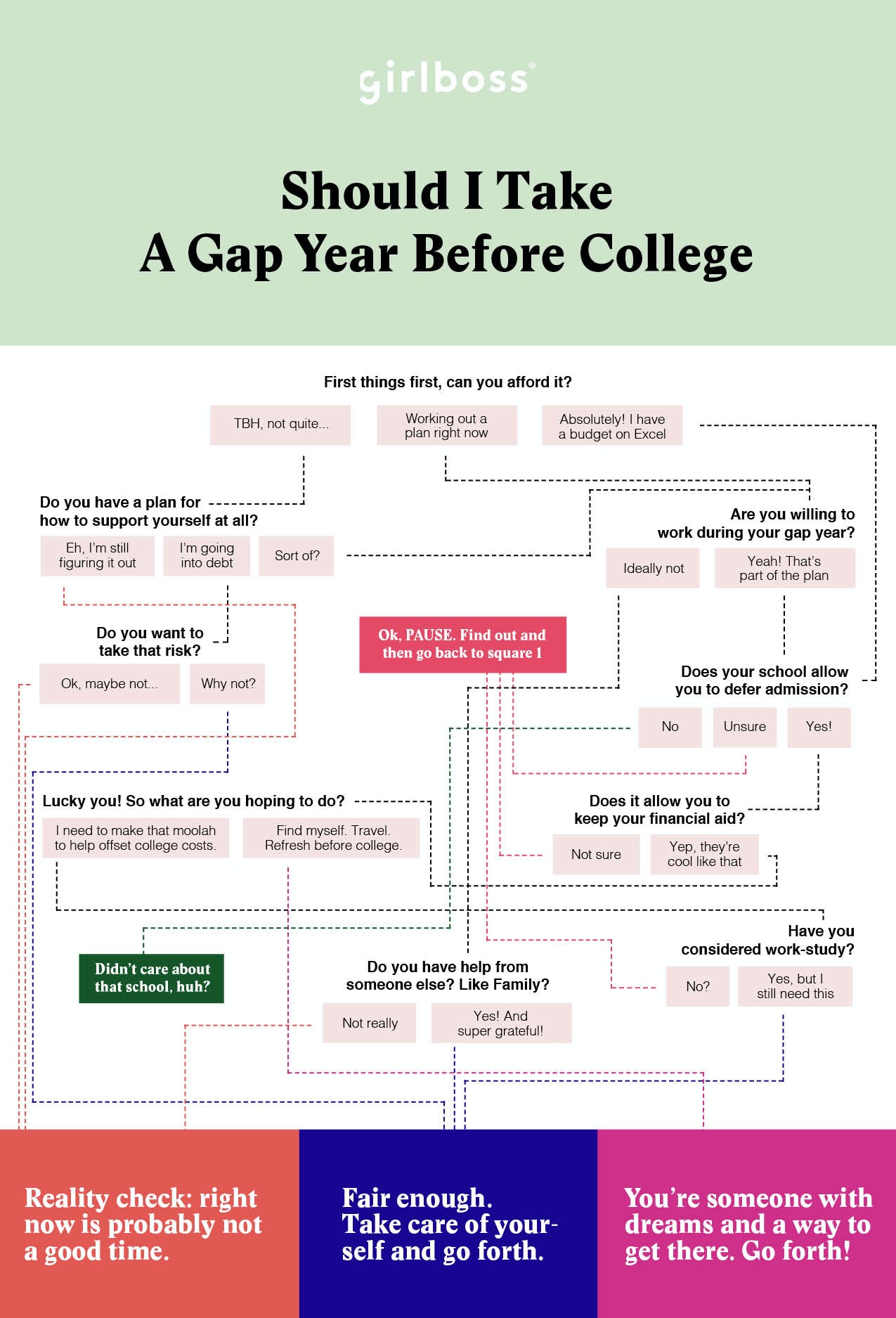 That wasn’t so hard, was it?