Meet the Yogi Cultivating Wellness For Women of Color

When I talked with Lauren Ash a few weeks back, the voice coming through the phone line was so relaxed-sounding that amidst a busy workday, it had the effect of slowing down mypulse a little.

Ash had just returned from a five-day trip to Hana on the island of Maui for a Lululemon wellness event. “It was just so magical,” she says, audibly swooning. “I don’t feel any stress.” The Maui excursion was just one of the recent perks of Ash’s gig as the founder of Black Girl in Om, a holistic wellness platform that’s been a prominent force in spreading yoga, mindfulness and well-being practices to women of color—a demographic that has long been left out of the conversation.

But Ash wasn’t always the pioneering yogi she is today. Raised in Woodbury, Minnesota, a suburb just outside of St. Paul, Ash grew up in a mostly-white community where she was often one of a few black kids at school. Her middle-class upbringing was, “for the most, part, great,” she tells us. “It helped shaped me into what I am now.”

And yet as childhoods so often go, it was formative in ways she didn’t realize at the time, and the context of her adolescence would be something she would come to take a hard look at some years later, when she was a sophomore at the University of St. Thomas: Three black women who lived down the hall from her were targeted in a series of racially motivated hate crimes.

Like the schools she’d attended all her life, the college was mostly white, and it was then that Ash realized the implications a lack of diversity and dialogue can have: “It hit so close to home. I kind of just woke up at that moment and realized the importance of continuing to have conversations about race and racism. [I looked back at my upbringing and saw that] what was missing was a lot of really deep and important connections with other young black girls and other women of color. So I knew I wanted to be a part of starting to create spaces where we could come together and talk about it as a community.” 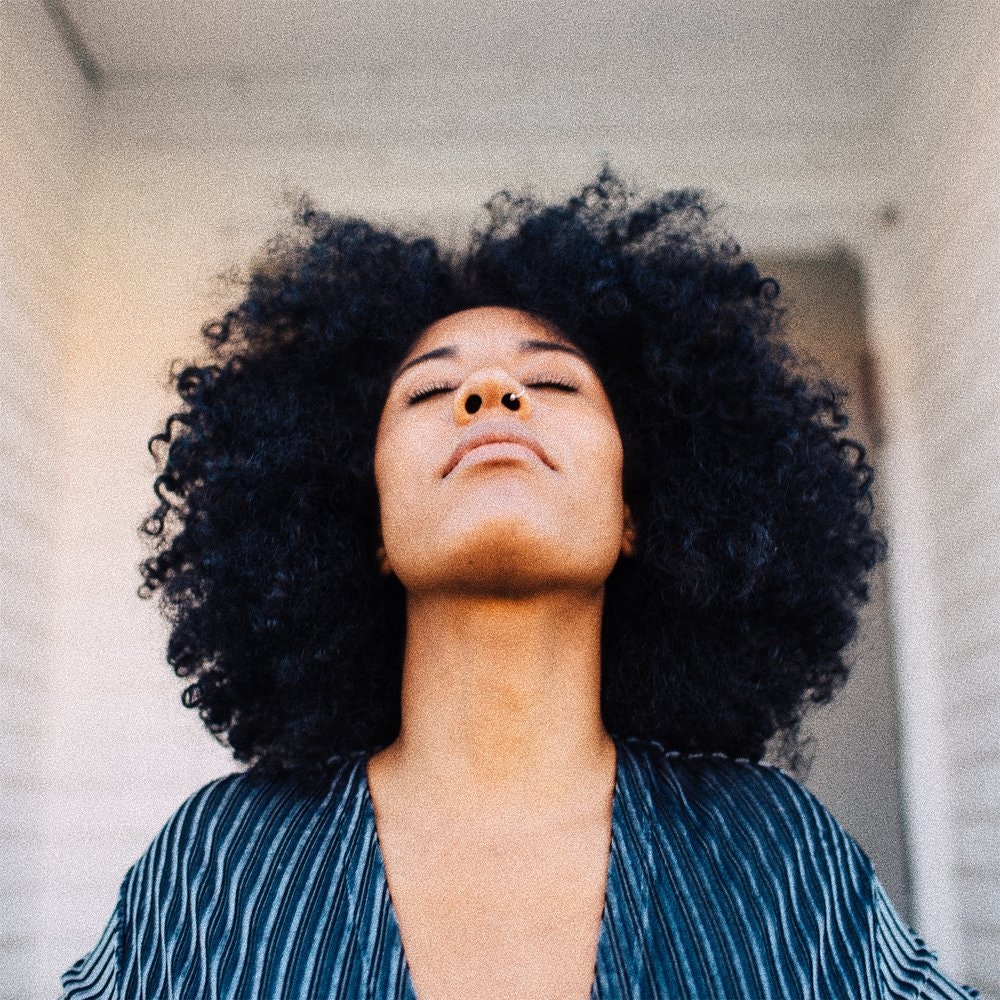 As a grad student at Purdue a few years later and a recent yoga convert, she continued her practice, increasingly convinced of yoga’s spiritual and psychic value. “Plus, it’s cheaper than massages,” she tells us laughing.

In 2014, Ash moved to Chicago and began her teacher training. But as with that moment of revelation years before, she was struck with a discomfiting realization: “I looked around the space that I was in and it was mostly white women. I was learning a lot from my teachers and the other people I practiced with. But I still longed for that connection for other women of color.”

And so Ash’s focus on creating space for women of color to discover yoga and wellness eventually manifested itself as Black Girl in Om. “The phrase came to me one day while I was practicing,” she tells us, “and as soon as I stepped into it, there was this energy that I think I was emitting, and people were propelled towards that.”

What started out as wellness and yoga sessions in a friend’s condo took off in such a resonant way that it soon evolved into a digital presence and the beautifully designed online platform with the capacity to reach women around the world—an aspect that’s deeply important to Ash.

“The fact of the matter is, not everyone has access to a community like Black Girl In Om. When you can convey it through the digital space, that can literally make a world of a difference in someone’s life and their idea of what self-care and wellness look like.” 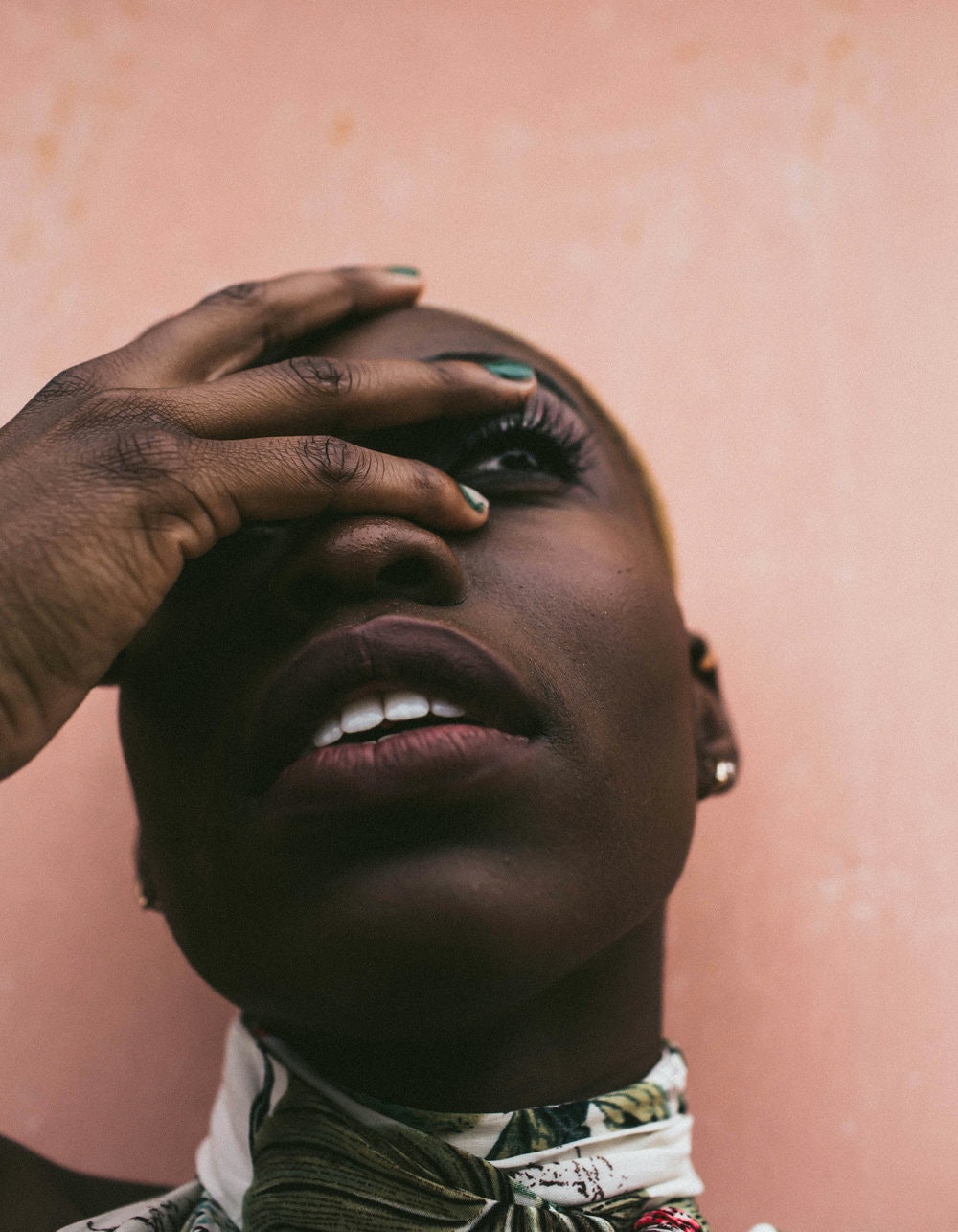 When it came to designing the digital platform that would represent Black Girl in Om, Lauren had a clear set of priorities: “Creating beauty for black women. Really affirming that we deserve beautiful things and to be represented in beautiful ways.” To execute on that vision, Lauren and her art direction team turned to Squarespace: “I found that it offered the perfect balance of easy-to-use templates that were easy to customize so you can create a unique website. I’ve always found it to be pretty easy to figure out without a whole lot of stress.”

With a podcast and a community of contributors already well established, BGIO is gearing up to launch a lifestyle and apparel brand to expand its presence and create even more space and reach for women of color in the wellness space. In the meantime, while Ash’s expertise in staying centered is a huge bonus when it comes to the everyday hustle of being a founder, she reminds that you can never really overestimate the power of self care.

“It’s a lesson that I’ve had to learn again and again: Putting self care first throughout your journey not only is going to benefit you and keep you balanced and sustained, but it’s also really going to benefit your work. It’s so important to do that from the beginning as much as possible.”

Claim your own space on the web by taking 10% off your first purchase of an annual Squarespace plan with code GIRLBOSS17.