ICYMI: Your Cheat Sheet To What Everyone’s Talking About This Week 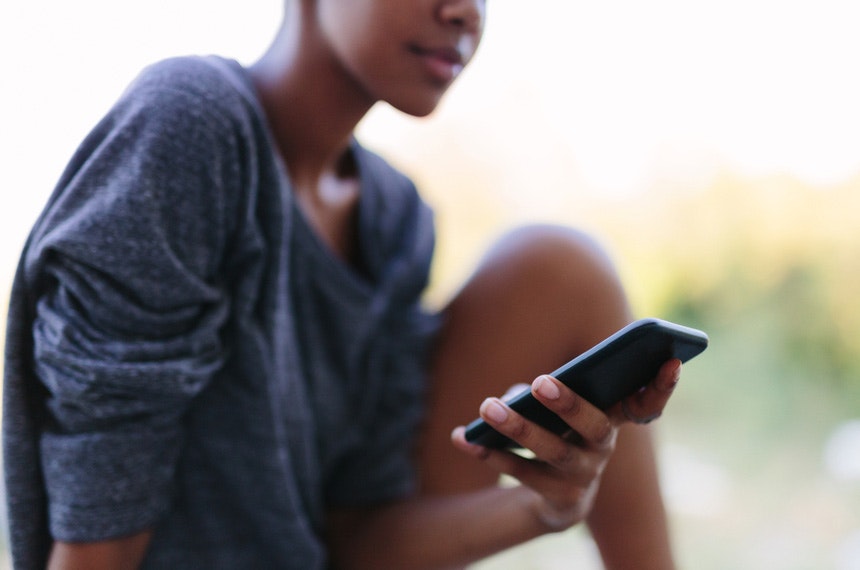 News of the week: The first half of October has brought to light harrowing issues for women; here’s a brief recap.

Last week, I went to the dentist for the first time since 2014 (oops). I learned that I am an excellent brusher, but also a ferocious grinder. “It’s more common in women,” my dentist said. “We take out all of our stress on our teeth at night.” Go figure.

We’re exactly halfway through October, and this month has already unearthed a pervasive system of sexual violence in Hollywood at the hands of Harvey Weinstein; a serious threat to federally protected birth control coverage; and a deluge of women’s stories on social media as they speak out against sexual harassment.

Each Monday, we’ll be recapping the week in the news. Catch up below, and be sure to take extra care with those teeth in the meantime.

It took New York Times reporters Jodi Kantor and Megan Twohey four months to report the bombshell of an investigation on Harvey Weinstein published on October 5. This fascinating lifting of the curtain goes into great detail as to how Kantor and Twohey approached this story, as well as how Times reporters have broken stories other high profile accounts of sexual assault in the paper’s pages over the past year.

In light of the reports, Weinstein has been fired from the company he started, as well as expelled from the Academy of Motion Picture Arts and Sciences. The Weinstein Co. is reportedly in talks about selling its holdings—potentially to Colony Capital, a private equity firm run by Tom Barrack, a close friend of President Trump.

TheTimes’ initial report, followed by several more damning reveals reported by Ronan Farrow for the New Yorker on October 10, opened wide social media’s doors for women of Hollywood to share their own stories of sexual assault.

Among the most vociferous was actress Rose McGowan, who had originally sat with Farrow for an interview for his piece, but later asked for the journalist not to use her name because of legal pressure linked to her own non-disclosure agreement. Farrow’s reporting was initially supposed to run as a broadcast on NBC before the network decided to drop it.

On Sunday, McGowan’s former Charmed co-star Alyssa Milano issued a call for women to share the words “me too” on social media: “If all the women who have been sexually harassed or assaulted wrote ‘Me too’ as a status, we might give people a sense of the magnitude of the problem,” she wrote.

In the wake of her call for women and men to speak out against the culture of sexual harassment in Hollywood, calling on users to take up the hashtag #ROSEARMY, McGowan’s Twitter account was shut down for a 12-hour period between October 11 and October 12.

Twitter said in a statement that one of McGowan’s tweets included a screenshot exposing a private phone number, which is a violation of Twitter’s rules, though the platform can and does remove single tweets they find in violation, as opposed to freezing accounts. The freeze on McGowan’s account resulted in her calling for a boycott of the social media platform on Friday by all women, a movement McGowan hashtagged #WomenBoycottTwitter.

Many women, including some celebrities, as well as some men, participated in the boycott. But others, including Refinery29senior features writer Ashley C. Ford, weren’t so accepting of the boycott’s nuances, or rather lack thereof.

“We decide directly or indirectly that in order for some of us to win, others of us will just have to wait their turn,” Ford wrote.

“Too many women, especially white women, ignore their own blind spots while pointing fingers at men who do the same to them. That’s why we keep coming back to this conversation. That’s why so many WOC—myself included—won’t be boycotting Twitter today, even though we don’t blame those who do. And that’s the real problem here.”

McGowan subsequently received backlash from a now-deleted tweet from October 15 in which she called for the word “women” to be replaced with the “n word” in comedian James Corden’s jokes about Weinstein at the amfAR Gala.

McGowan later tweeted about the “weird analogies” she made.

Corden also issued a statement that he is “truly sorry for anyone offended.”

Ford, as well as others, juxtaposed white women’s support of the Twitter boycott with the lack of widespread support for Jemele Hill, co-host of SC6, an ESPN evening show, when, on October 9, she was suspended for two weeks after posting tweets that criticized President Donald Trump, as well Dallas Cowboys owner and GM Jerry Jones.

Jones announced that if his players did not stand for the national anthem, they would not play, and Hill called for fans to boycott the Cowboys.

Meanwhile, journalist Britni Danielle took to Twitter to explain that activist Tarana Burke, a black woman, has been using the hashtag #metoo for over 10 years, advocating for the rights of sexual abuse and harassment victims, especially women of color.

“It wasn’t built to be a viral campaign or a hashtag that is here today and forgotten tomorrow,” Burke told Ebony. “It was a catchphrase to be used from survivor to survivor to let folks know that they were not alone and that a movement for radical healing was happening and possible.”

The Trump administration rolls back protections for women, and lawyers are at the ready

Speaking of guidelines, the U.S. Department of Education has continued to roll back “Dear Colleague Letter” Title IX guidance. The DCL document was designed under the administration of President Obama in 2011, and provides guidance to schools for applying Title IX requirements in response to instances of sexual violence.

Secretary of Education Betsy Devos has made it her office’s mission to blow the guidance to smithereens since announcing the rollbacks on September 7. At that point in time, the National Women’s Law Center, which campaigned prolifically against the suspected rollbacks prior to the official announcement, announced their preparedness to take legal action against the department should any replacement guidance not remain in accord with Title IX.

Last week, the NWLC announced the formation of the Legal Network for Gender Equity, which will serve as a database of lawyers around the country who are pledging their pro-bono legal services to women who face sexual discrimination at school, or in issues of health care (hello, threats of a federally mandated 20-week-and-beyond abortion ban, and the discontinuation of the Contraceptive Coverage Mandate.)