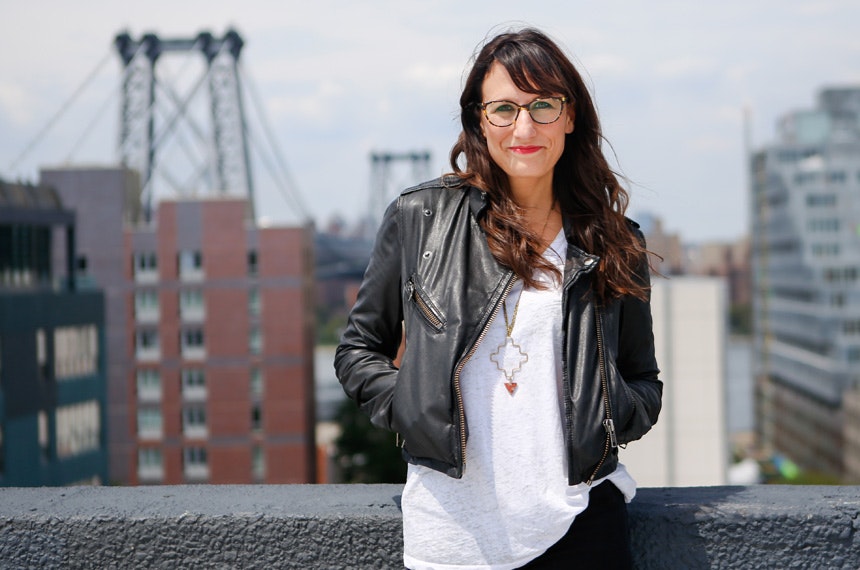 Jessica Bennett has been named the first-ever gender editor at The New York Times. Here’s how she could change the paper of record in a serious way.

At a certain point, tacking the phrase “now, more than ever” onto any idea, by way conveying a sense of urgency has become something of a laughable understatement.

That last point was underscored with extra emphasis this last week, as the country watched allegation after allegation of sexual harassment and abuse roll out against Harvey Weinstein. It was underscored by an avalanche of stories from women who had experienced similar things, and an outcry from powerful men and women explaining that it’s time we all took a stand against this element of our culture—now, more than ever.Gee, ya think?

That little rhetorical hook is a device employed for emphasis. But the underlying message is one of exhaustion. A reminder that we can’t wait for the conversation to change; that we must change it ourselves.

It’s a conversation that, in part, will be propelled forward by Jessica Bennett, the first-ever gender editor of The New York Times, whose position was announced this week. A contributor to the Times since 2012, Bennett is also the author of Feminist Fight Club: An Office Survival Manual for a Sexist Workplace.

Girlboss caught up with Bennett recently about what, exactly, her first-of-its-kind role will encompass, as well as what kind of coverage falls under the subject of “gender” (spoiler alert: everything does.) Check out her thoughts below, and keep an eye out for her coverage once she starts on October 30.

How do you define gender coverage?

Gender means writing about feminism and women’s situation in politics and culture and economics, in New York and Nepal and Nebraska. But it also means covering masculinity and sexuality and gender fluidity, and the intersection of race and class. It means looking at science and health and parenting and sports, all through a gender lens.

Why do you think the Times needs this role today?

In the most basic sense, most traditional news outlets were created by and for white men—and that is (obviously) no longer our audience or our staff.

So, while on the one hand, I think we’ll have been successful when this job is no longer needed, I think it’s OK to recognize that we are committed to making up for that gap—to doing a better job of reaching women and those who may not identify as women but care about these issues, across the globe.

From a business perspective, that’s just sheer common sense: Media outlets cannot survive if they don’t continue to earn the trust of female readers; this is a group that holds $3 trillion in global consumer spending power. But from a journalism perspective, too, there is just so much more we could be doing, both in terms of traditional coverage but also in terms of new delivery methods and products: newsletters, podcast, VR, partnerships, the list goes on.

And the Harvey Weinstein story that Jodi Kantor and Megan Twohey at The Times broke last week—along with our reporting on sexual harassment at Fox News and Silicon Valley—is a perfect example of the types of stories that are out there waiting to be uncovered, and in some cases are very open secrets in certain industries that have yet to be blown open.

What do you hope readers will take away from reading coverage through this lens?

A more nuanced view of the world, and a better understanding of the way that gender—and for that matter, race, class, immigration status, sexual identity, and so on—plays into it.

What do you anticipate some of your biggest challenges in this role will be?

One of the challenges is being purposeful in making sure we are not recreating the “women’s pages” of five decades ago, when content dubbed to be for “women” was cordonedoff into its own section of the newspaper. This journalism is going to exist throughout every section and every medium.

But that of course brings with it the challenge of working across every section and every medium, and connecting the dots between, say, rising divorce in Africa and feelings of exclusion in the resistance movement to readers in, say, Greece.

What kinds of stories do you not want to do?

We want to focus on groups that have historically been underrepresented, so I guess you won’t find any listicles about trailblazing white men. But I’m more focused on what we will do than what we won’t.

What does a successful year look like in this role? What do you hope to accomplish?

At the end of the day, our goal is to create great journalism and increase engagement among women readers around the globe. We also hope this coverage will have particular appeal to younger women—millennials,—where The Times has huge growth potential. I think the way that we do that is through compelling storytelling and thinking outside the box in terms of how we deliver those stories.