Home / Read / When A Best Friendship Fails You,... When A Best Friendship Fails You, Why Is It So Hard To Break Up?

This fall, I went home to visit my family in Houston. My plan was to have a quick visit, hit a few of my favorite restaurants, and help my mom around the house while my dad recovered from a recent surgery removing a cancerous tumor. While I was in town, my dad’s health took a turn for the worse. We wound up in the emergency room the second night of my visit, and Dad stayed in the ICU for the following four days.

I was a mess. Sure, in front of my parents I held it together, but when my sister and I would return to the hotel room we were sharing, we would huddle together and talk about our worst fears regarding our dad’s health. And in the middle of this terrifying time, my best friend called.

Well, I should clarify. My former best friend called. I hadn’t heard from her in months and she was calling regarding something career-related.

I felt nauseous when I saw her name come up on my phone screen. At that point I’d barely slept in days, and my brain was mush from trying to advocate for my father in the ICU while maintaining  my calm; meanwhile I would burst into tears every time I got a moment alone, which meant a lot of wailing in my rental car. I felt fried, and not at all confident that this phone call was going to bring me any solace, which was a weird feeling to get when you knew your best friend was calling.

I’d been blind to signs our friendship had been veering off course, that we had been far from friends for a long time now. But it was in that moment, when I was deep into one of the most awful experiences of my life, that it was literally flashing in my face that this person no longer knew even the most important things that were going on with me. It wasn’t that we were bad at keeping touch, it was that we had grown apart.

I could go into detail about how and why, but that part really doesn’t matter. It’s a universal experience so many of us have had—and we all have our reasons for ignoring red flags. Mine was a desire to hold on to something that seemed special and intimate, the kind of friendship you have when you’ve known someone since you were 12, making up dances in your living room to “Total Eclipse of the Heart”. 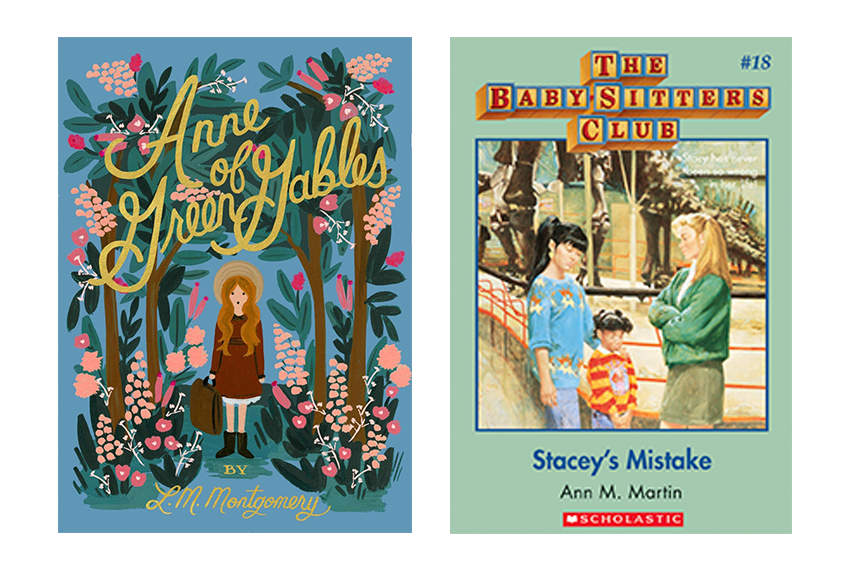 For a long time, I put so much emphasis on the term “best friend.” It seemed like something idyllic and beautiful, to have someone in your life who knew all your secrets and insecurities and believed in you wholeheartedly despite those things—or maybe because of them. When I was 10, I read Anne of Green Gables and there was this gorgeous passage in it that always stuck with me, where Anne claims the character of Diana as her “bosom” friend. It sounded like just what I wanted. A Diana to my Anne, a Stacey to my Claudia, a Tina to my Amy. but the reality is that I am a failure at having a best friend.

When I first moved to L.A., I was deeply lonely.  As an adult, it is so hard to make new friends when you move to a new city, and I had left all the friends I had behind in New York. In that moment of loneliness and isolation, I met this woman (Dianastaceytina, let’s call her).  And suddenly, I was no longer lonely. I had someone smart, fun and funny to spend time with. We shared secrets and dreams and heartaches and insecurities, and I felt supported and seen. It was amazing.

As time passed, my group of friends grew and the distance between myself and Dianastaceytina began to grow, getting bigger and wider and until it seemed like we had reached an impasse. We began to see that we had different interests,  and very different ways of seeing others and the world around us. Our conversations became strained and I felt I was pushing to  connect with her. I began to see how much I was struggling to hold on to something that wasn’t working, and i felt at a loss. Because it’s one thing to finally admit to yourself that a friendship is starting to wither, but how do you break up with a best friend? I couldn’t help but feel that this end would somehow reflect a failure on my part, and so i kept trying. And it wasn’t great. I became resentful, like one would if they were to stay in a romantic relationship for anything other than love and mutual respect. I made half hearted attempts to fix things, but I was never really deeply honest about what I needed and wanted and what I felt was wrong.

“It’s one thing to finally admit to yourself that a friendship is starting to wither, but how do you break up with a best friend?”

And just as in a romantic relationship that drags on, I realized later that I had ignored my own needs in this friendship. I pressured and pushed myself to find everything I needed in terms of support and community in this one friendship alone, because she was my BEST friend. But that doesn’t make any sense. No one person, be it a friend or partner, can provide everything for you. Each friend I have in my life is special and magical, but I need them all because they are all so different. And they are all complements to me in different ways.

One woman I can call and talk to openly and honestly about my eating disorder, while another friend and I exchange endless threads of heartfelt advice interspersed with clips of Bojack Horseman over text, and another friend altogether is perfect when I’m having a crisis of self doubt (I’ve jokingly called her my rabbi and she’s actually thinking of going to seminary school). And yet another friend is exactly the person  I want to dance all night with and then talk to for hours over matcha lattes  about the scripts we plan to produce together.

“In my adult life, no one friend can (or should) be my be all end all.”

All of these friends have specific and special places in my life. That doesn’t mean that those roles don’t evolve over time, or that any one friend is somehow “less than.” It just means that real friendships don’t look quite the same as fictional ones. And in my adult life, no one friend can (or should) be my be all end all. The idea of a BFF is something best left to grade schoolers, who live in a world where bonding over Babysitters Club books is the bedrock of most “best” friendships.

I didn’t call Dianastaceytina  back, by the way. and maybe that was a failure on my part. But it felt like this particular relationship, like certain romantic ones before it, was too far gone. There was no amount of talking that was going to revive it, and so I let it go. And i gave it a good, hard mourn. After I listened to the voicemail Dianastacytina left,  my sister let me cry and rant and truly experience the demise of the friendship. We sat in the hotel room and dissected it, from all angles, for hours. and then we went and got tacos and margaritas. She listened while I cried some more, and bought me another round.